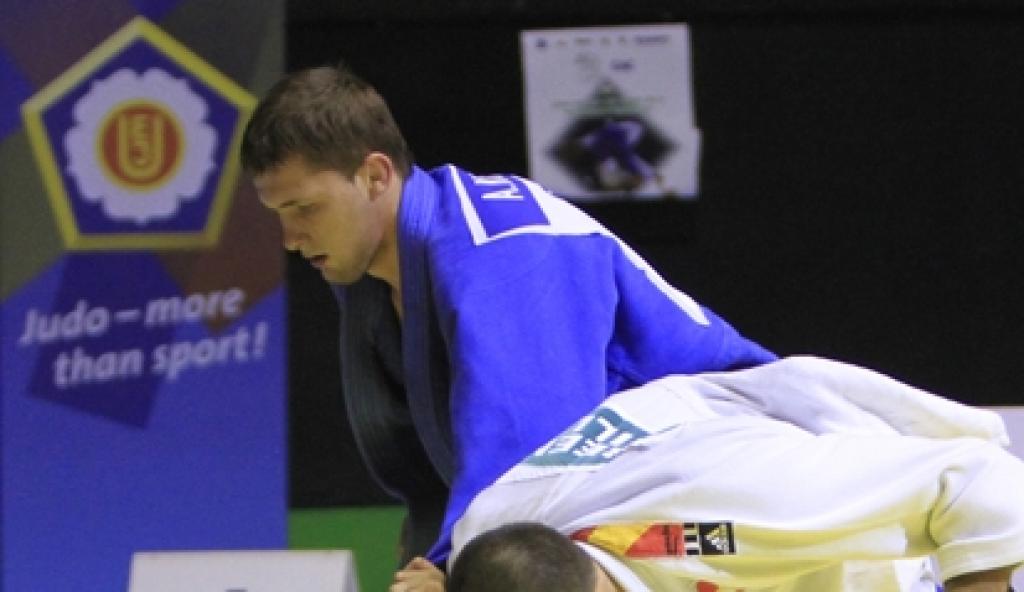 At the European Open in Budapest it was again Asia ruling the top of the medal tally. Three Japanese winners on Sunday and Korean heavyweight Kim Sung-Min who captured the gold. For Europe 8 medals in total, the same number as the women’s European Open this weekend in Oberwart.

The best performance for Europe was for Serbian Aleksandar Kukolj of Serbia U90kg. The talented judoka is getting better each event and was close to gold today. He couldn’t prevent though that Shohei Shimowada grabbed the gold medal. With Kukolj also Alon Sason from Israel took a medal. He captured bronze after he defeated Mihail Zgank of Slovenia. Zgank defeated 2009 World Champion Lee Kyu-Won in the first round but lost to Shimowada in the semi final as well as his last fight. Sasson lost to Kukolj in the quarter final. Brazilian Nacif Elias won the second bronze U90kg.

In each other category Europe won a medal, but all bronze. U81kg Laszlo Csoknyai won four fights but lost in the quarter final against the later winner Tomohiro Kawagami (JPN). The Japanese defeated Uugunbaatar Otgonbaatar (MGL) in the final. London’s bronze medallist Antoine Valois-Fortier (CAN) captured bronze against Marcel Ott of Austria.

The third Japanese gold was captured by Yusuke Kumashiro who beat his compatriot Daisuke Kobayashi. Kumashiro was victorious over Lithuanian Karolis Bauza in the quarter final, but Bauza came back with two victories in the repechage and won bronze. Hungarian Farkas Balint just lost the bronze in his match against Renan Nunes (BRA).

Masaru Momose (JPN) could have completed the Japanese dominantion with the fourth gold but that was left for Korean’s Kim Sung-Min, the number five of the Olympic Games and winner of the Grand Slam in Tokyo.

Next stop: the Grand Prix of Düsseldorf where many of this weekend’s participants will attend again.