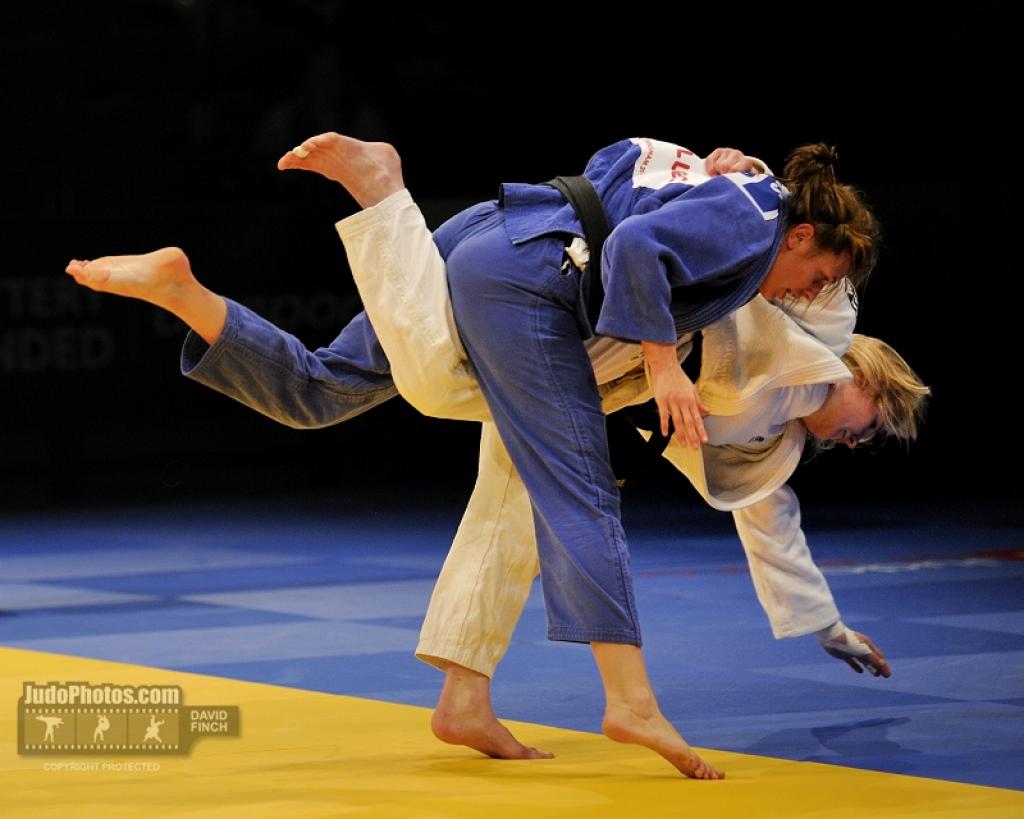 Sunday saw 45 judoka compete across three weight categories as the under 70kg, under 78kg and over 78kg divisions were on display.

Netherlands claimed gold at under 70kg through Kim Polling while America’s reigning World Champion Kayla Harrison put on a judo clinic as she surged to gold in the under 78kg category.

The over 78kg title went to five-time European Champion Anne-Sophie Mondiere as she emerged triumphant in all-French final.

The Simon Hicks Player of the Tournament award went to Belgium’s Charline van Snick who won all her contests on Saturday by ippon as she stormed to the under 48kg title.

Britain had nine fighters in action on day two and Dartford-based Gemma Gibbons, along with Sarah Adlington, who resides in Edinburgh, both shone.

Gibbons started confidently as she bested Luxembourg’s Lynn Mossong in the first round and advanced further after a bye in the second. The Brit triumphed over 2010 IJF Cairo World Cup silver medallist Marie Pasquet of France to win her pool.

The 23-year-old saw off a resilient Linda Bolder of the Netherlands in the semi-final to guarantee a medal. In the gold medal match the Dartford-based fighter again faced a Dutch opponent in Kim Polling. Gibbons produced a gutsy performance as she constantly pressed for an opening. Despite coming close to scoring on several occasions Gibbons fell to a waza-ari and had to settle for a silver medal.

“It has been a tough day and I am glad with the way I fought, it is my first World Cup medal so it is a good achievement, but I am still disappointed I did not get the gold,” Gibbons said after stepping off the rostrum.

“At the end of last year I had some decent results, with bronze at the European Under-23s and University Games, then I won in Russia.

“This event has given me some stuff I can go away and work on, so that was good.”

In the over 78kg category two-time GB World Cup winner Sarah Adlington started with a bye in the first round. The Bayston Hll-born judoka lost out to five-time European Champion Anne-Sophie Mondiere of France in round two. The defeat saw Adlington enter the hunt for a bronze medal via the repechage.

The 2010 British Open champion had a bye in the first round of the repechage before taking on Emilie Andeol in the bronze medal match. A waza-ari score was enough as Adlington showed trademark craft and determination to outwork her French foe and take a well-deserved bronze.

“The performances were more important, but it was good to get a bronze medal at the end,” Adlington said.

“The final was a tough fight, but I have been working on my conditioning, which is important because I am up against some bigger opponents.”