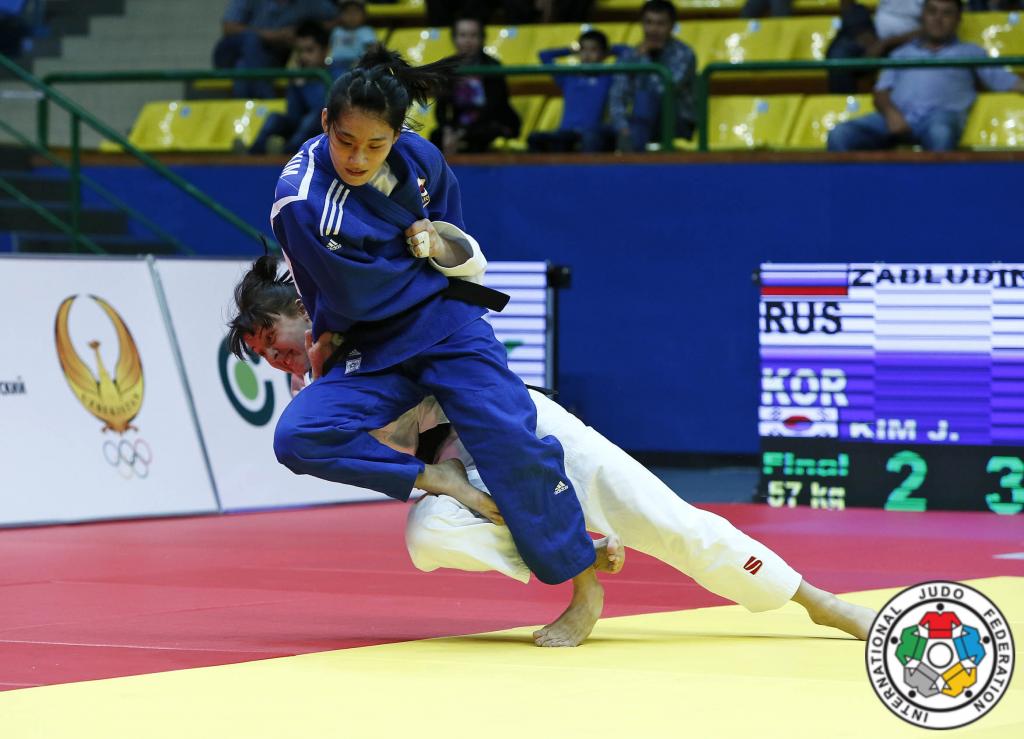 Maria ERTL (GER) gave probably her best ever performance in winning silver in the -52kg category on day one of competition at the Tashkent grand Prix in Uzbekistan. The 23 year-old German had four wins on her way to the final where she was defeated by the fast improving Gulbadam BABAMURATOVA (TJK) who won her country’s first ever IJF Judo World Tour gold medal. In the -57kg category number four seed Irina ZABLUDINA (RUS) took silver after wins against Concepcion BELLORIN (ESP), Viola WAECHTER (GER), and number one seed Sabrina Filzmoser (AUT), eventually losing in the final to KIM Jan-Di (KOR).

Dzmitry SHERSHAN (BLR) came into the Grand Prix as number one seed and almost lived up to his top billing. He lost his semi-final to MA Duanbin (CHN) who is part of an emerging and increasingly successful Chinese men’s team led by South Korean born coach CHUNG Hoon. Shershan had wins against Matuq ALNES (KSA), MUNKHTUR Ganbold (MGL), and in the quarter-final Ferdinand KARAPETIAN (ARM). After the loss in the semi-final, Shershan returned to defeat Adrian GOMBOC (SLO) in the bronze medal match.