SHAMILOV SHAKES THINGS UP IN TASHKENT 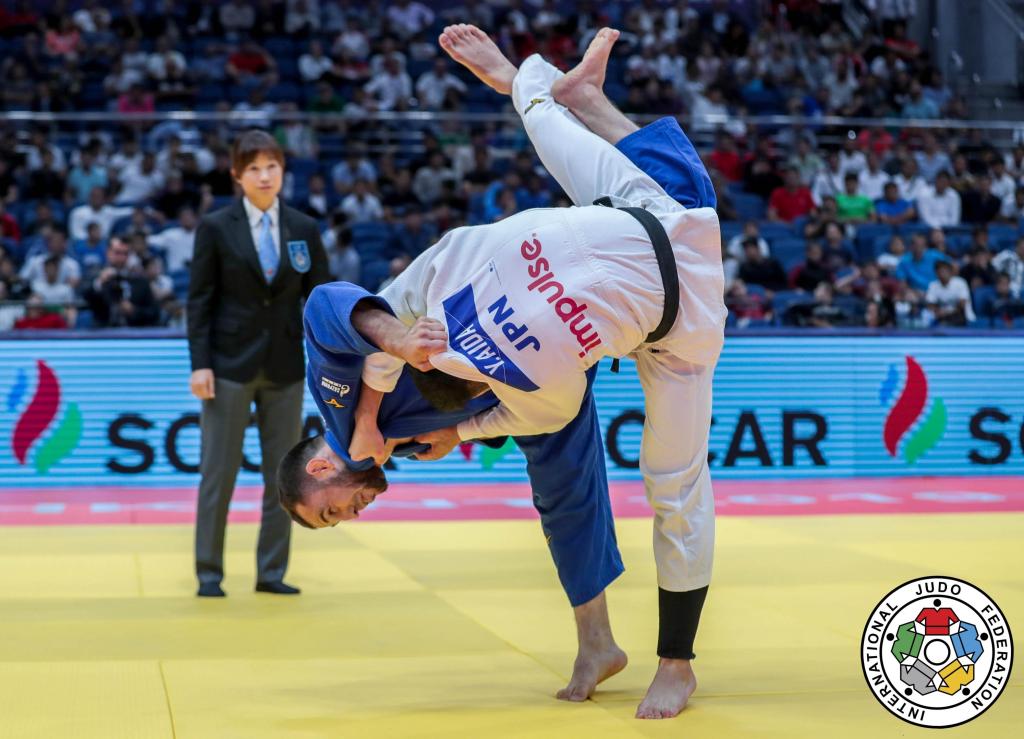 The opening day of the Tashkent Grand Prix saw Yakub SHAMILOV (RUS) take the gold medal in the -66kg category. His win will see him leapfrog team mates Aram GRIGORYAN (RUS) and Mikhail PULYAEV (RUS) on the IJF World Ranking List, giving the Russian coaching staff the kind of headache that many teams would be happy to have. Shmailov’s third career Grand Prix gold medal capped a superb day for the Russian team that saw them top the medal table with a total of three gold medals. Shamilov was joined by Sabina GILIAZOVA (RUS) -48kg and Yago ABULADZE (RUS) -60kg.

Shamilov showed an attacking attitude throughout as he battled his way to the final via David GARCIA TORNE (ESP), Sardor NURILLAEV (UZB) and Yarin MENAGED (ISR). In the final Shamilov had his stiffest test of the day against 20-year old AIDA Yuji (JPN). Shamilov scored first only for Aida to level the scores moments later. But the Russian was not finished and came up with a second score to take the contest and the gold medal.

When asked to describe his day Shamilov said,

I had two particularly difficult contests today, first with Nurillaev then in the final with Aida. It is the second time that I have competed in Tashkent. Last time was in 2012 when I won a bronze medal. On that occasion I also defeated the Japanese player [2010 world champion MORISHITA Junpei]. Today I again had to defeat the Japanese player. So, you could say that I like competing in Tashkent.

Given the ever-decreasing number of events remaining in the lead up to Olympic qualification it was vital for Shamilov to take advantage of the opportunity afforded to him here in Tashkent. When asked about his focus for this event Shamilov said,

It was my sole aim, my only goal when I arrived at the venue this morning. I knew that only a gold medal winning performance would lift me to the number one ranked Russian player on the IJF WRL and would put me in a qualification place. So, I am glad to have achieved that.