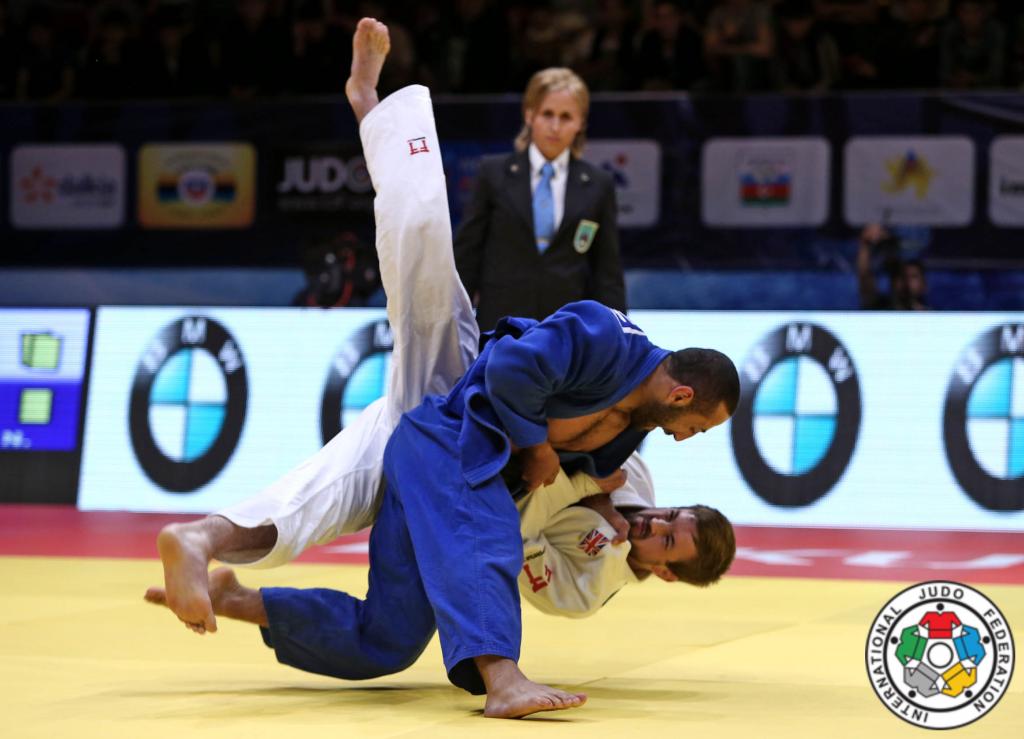 Nijat Shikhalizada’s quest to win his first international tournament in Baku ended today when he won the gold medal in the -66kg category at the Baku Grand Slam. Since winning a silver medal at the Cadet European Championships in 2003 Shikhalizada has spent the past 12 years striving to please the Baku fans. It was clear from the start of the day that Shikhalizada was going to have those fans behind him when, after a minute and a half of his opening contest with Gabit Yesibetmov, he launched his Kazakh opponent with left ippon seoi nage for ippon to get his campaign underway. There was a minor scare in the second round when Kim Limhwan KOR caught the Azeri with tai otoshi for waza ari. Within seconds however, Shikhalizada was able to respond when, after a weak o uchi gari attack from Kim, he threw the Korean with ura nage for ippon. Vazha Margvelashvili GEO was Shikhalizada’s quarter final opponent. But the Azeri scored twice to take the contest and set up a semi final with Andraz Jereb SLO. With a place in the final at stake Shikhalizada unsurprisingly, appeared a little nervous. Those nerves however were not enough to limit Shikhalizada long enough for Jereb to make any real impact on the contest and the Slovenian joined the list of the defeated. Number one seed and defending Baku Grand Slam champion Colin Oates GBR awaited Shihalizade in the final where Azerbaijan’s current favourite son pulled off the throw of the day when he caught the British fighter with a devastating tani otoshi/harai goshi combination for ippon that had even Oates applauding after the pair bowed then shook hands.

There were gold medal winning performances too from Monica Ungureanu ROU in the -48kg category, and team mate Corina Caprioriou ROU in the -57kg category.