Shikhalizade judo superstar at the European Cup in Istanbul 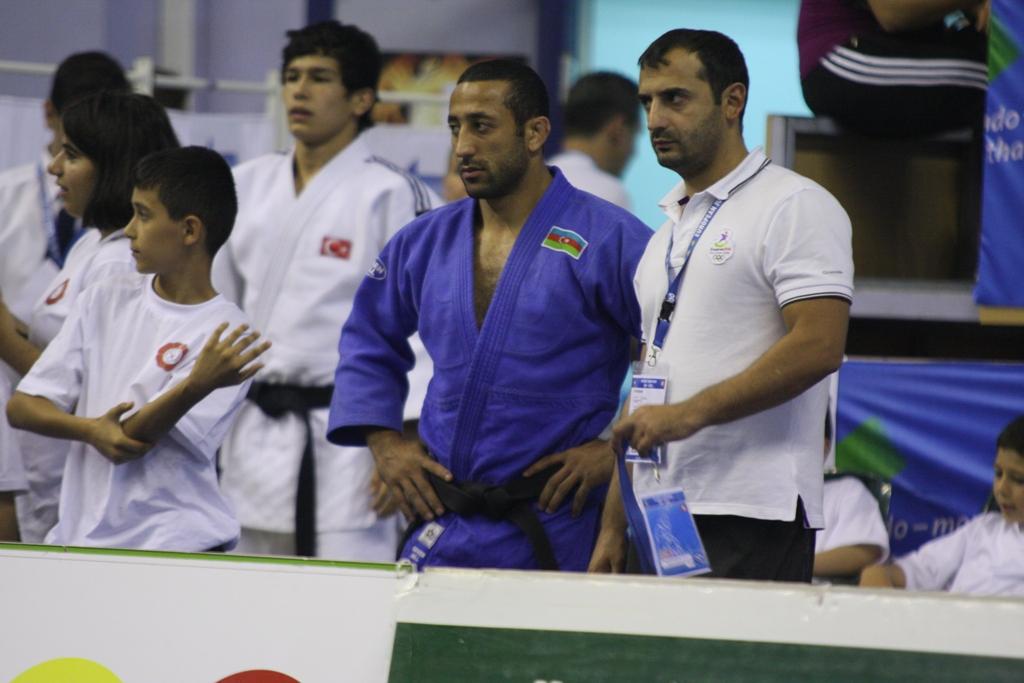 After today’s great success of Namik Ekin, immediately after his record, the mat was used for today’s European Cup for seniors in Istanbul. The 259 competitors from 28 countries fought on two mats in the Istanbul sports hall.

The Turkish final in the women’s category U48kg was won by 18-year old Dilara Lokmanhekim against Nesrin Kartal. Lokmanhekim was the youngest winner of the day.
Bronze medals were won by Belgium Anne-Sophie Jura and Sumeyye Akkus (TUR). The Turkish confirmed their strength in this category.

In the category U60kg between Fabio Andreoli (ITA) and Giorgi Mesablishvili (GEO), the Italian was better. Andreoli scored a yuko four seconds before the match finished. Veysi Goz from Turkey and Fabio Piatti took the bronze medals.

The Azerbaijan 2005 world bronze medallist from Cairo Nijat Shikhalizade was the most attractive competitor on Saturday’s competition. Shikhalizade won all fights by ippon in no longer than one minute in each fight. He won the final fight against Sinan Sandal (TUR) in the category U66kg. The bronze matches medals were won by Halil Ibrahim Uzun (TUR) and Giga Beriashvili (GEO).

In the women’s category U57kg the gold medal was collected by Ivelina Ilieva from Bulgaria. She was better in her final match against Evelyne Tschopp (SUI). Bronze medals were gained by Kudret Egilmez (TUR) and Emilie Amaron from Switzerland.

The final in the category U73kg was between Hasan Vanlioglu (TUR) and Andrea Regis (ITA).Vanlioglu won the gold medal after he made Regis to pick up three penalties. Bronze medals were taken by Giorgi Papunashvili (GEO) and London 2012 participant Emmanuel Nartey (GHA).

The women’s category U63 was won by Dutch Antoinnette Hennink who is in a good shape this year in this heavily seated category in The Netherlands with Elisabeth Willeboordse who qualified for the Olympic Games. Hennink fought and won her final against Nurcan Yilmaz. Bronze medals were won by Andrea Đaković (CRO) and Valentina Giorgis (ITA).

You can find the results here:
https://www.eju.net/results/?mode=showResult&id=1187

Photos are available in our media gallery: