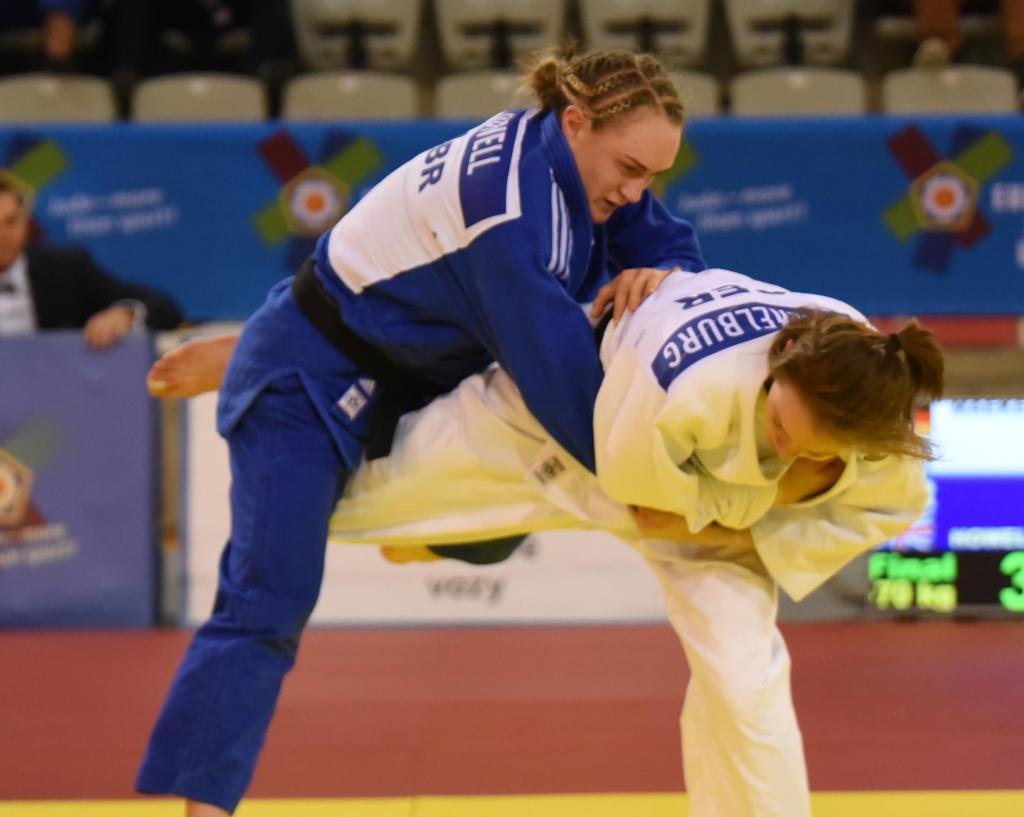 Today 166 athletes from 29 nations poured in to the Arena Sparta in Prague, Czech Republic. With a display of tremendous judo throughout the event, China topped the medal tally, however, the player of the day was undoubtedly Gemma HOWELL (GBR). HOWELL’s gold medal contributed to Great Britain’s silver from Lucy RENSHALL (-63kg) and bronze from Lele NAIRNE (-57kg).

HOWELL stole the show with her tremendous strength, controlling each of her exchanges, her extensive experience on her side. The 2018 European bronze medallist has been somewhat cursed with injuries during her career, yet comes back stronger each time,

“I’ve been able to do randori since January following my neck operation which helped my preparation. It’s never easy to keep coming back after each injury, but right now we have a great group of athletes and coaches at the centre (British Judo Centre of Excellence), even when you are injured, everyone is still behind you and supporting you.”

When asking how she felt about her performances, HOWELL was wholly pleased, despite a rocky start in the final, conceding a waza ari score against the tall German athlete, Sarah MAEKELBURG. Her final opponent had been successful throughout the tournament, able to use her height to her advantage, but HOWELL stayed calm with plenty of time left on the clock and methodically took the contest to the ground.

HOWELL won all but one of her contests with shime-waza, the gold medal contest included. This is a particular strength as well as her mastered seoi nage variations. The British athlete will compete next in the Ekaterinburg Grand Slam, Russia, on March 16th.

“Russia is the next big one, this was a great opportunity to come back in to competition and fighting again but I’ll be focussing on becoming fighting fit and get more contests under my belt. I don’t have a Grand Slam medal yet and that’s what I want.”