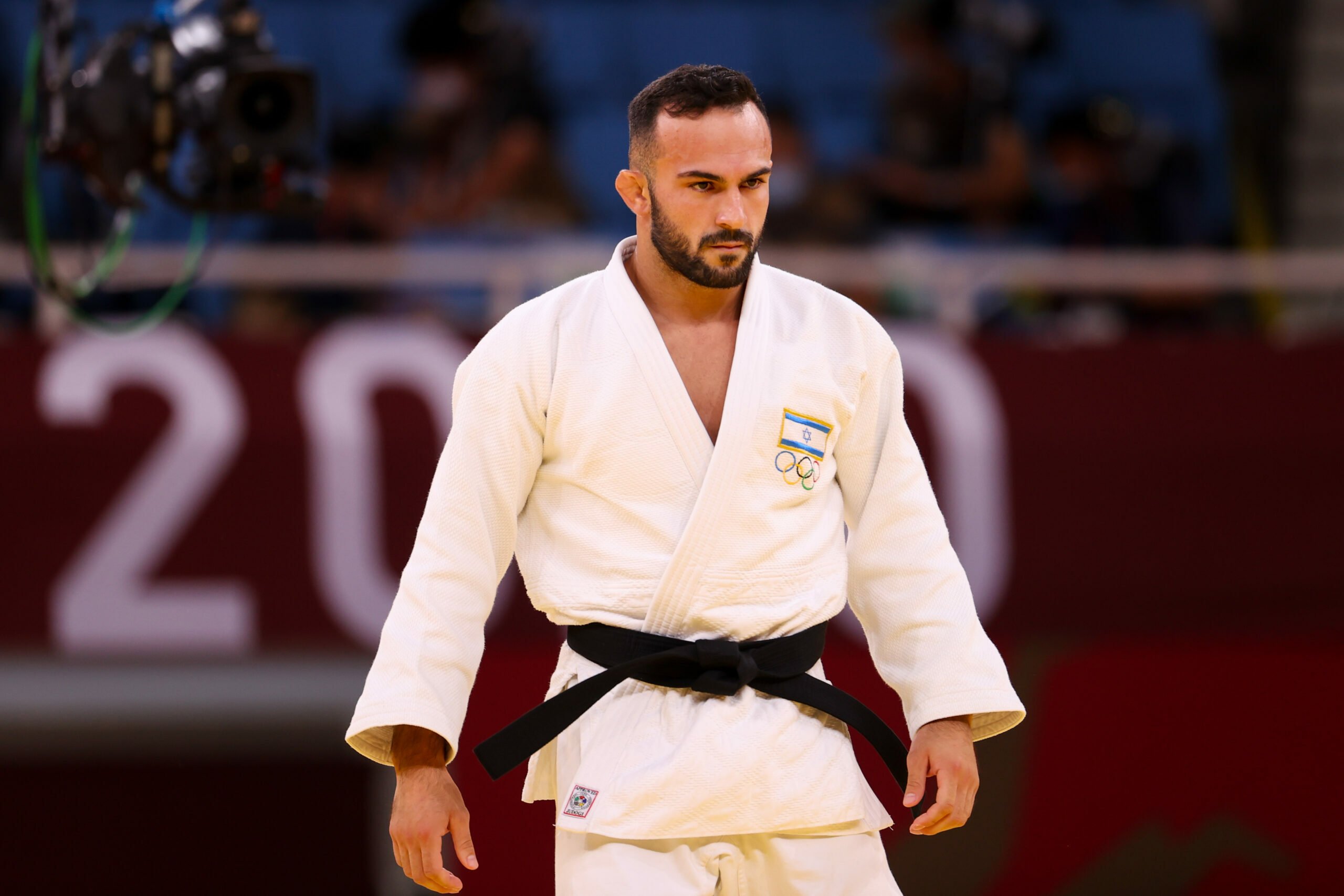 The most popular sport event in Israel has finally started to the delight of the local audience. From Thursday to Saturday, all eyes are on the IJF Grand Slam in Tel Aviv. Today, in the Shlomo Group Arena, where the 2016 U23 European Championship was also held, more tickets were definitely wanted. The hall filled to the last seat and the great atmosphere reminds us of the times before the Covid-19 pandemic, which certainly influenced today’s excellent performances of competitors in the men’s categories -60 and -66kg, and women’s -48kg, -52kg, -57kg.

On the first day of the Tel Aviv Grand Slam, a total of 106 competitors competed for gold medals, of which 57 were women and 49 were men. The absolute dominance of Europeans today on the mat could be seen in every segment of all five weight categories, from technical and tactical preparation to physical fitness. The credit certainly goes to professional staff, coaches who very quickly and successfully adapted the competitors to the recently presented new refereeing rules.

After today’s final block, it would be just a shame not to mention all the winners of the gold medal, the fantastic fights of each individual. Any true judo lover would simply agree.

Shirine BOUKLI (FRA), the number one seeded of the -48kg category, from the very beginning was the main favorite in Israel, all the more because she won the gold medal here in Tel Aviv in front of the same audience last year. As it usually happens, the BYE in first round comes with the status of the number one seed, so it was the second round that she had her first fight where she celebrated with an ippon against Katharina MENZ (GER). The series continued against Chilean representative Mary Dee VARGAS LEY, where she was beaten with Osae-komi in just 23 seconds. To enter the finals, today she bested the local competitor Shira RISHONY, while in the finals she met Francesco MILANI for the third time and recorded the first victory ever against the judoka from Italy. With 1000 points added to the WRL, BOUKLI will officially take first place in the World Rankings in the -48kg category after the competition in Tel Aviv.

Nothing less impressive was Artem LESIUK from Ukraine, who today won his first gold medal ever at the IJF World Judo Tour. In the final of the -60kg category, the Ukrainian celebrated with a fabulous Harai-MakiKomi after just over two minutes of fighting, which was more than enough for an Ippon against Bauyrzhan NARBAYEV (KAZ). A special day for Ukraine, which has been waiting for a gold medal at the Grand Slam in the men’s competition for six years. The last gold was won by Yakiv KHAMMO in the + 100kg category at the 2016 Grand Slam in Baku (AZE).

Youngest of the GNETO sisters, Astride, took care of the second gold medal for Les Bleus. What a demonstration of technical perfection in the final of the -52kg category, the combination of Ko-Uchi-Gari and a quick transition to O-Uchi-Gari from which the Japanese, TAKEDA Ryoko, had not the slightest chance to escape 25-year-old French woman. The semi-final fight of Gneto against the local representative Gefen PRIMO, who went to the Golden Score for a little more than three minutes, is definitely worth mentioning, and in the end Gneto was better as the Israeli picked up her third shido.

The home crowd finally welcomed their ‘five minutes’ because in the final it was the home favorite, Baruch SHMAILOV. Israeli faced against Yashara NAJAFOV (AZE), hurled attack after attack from both sides. The hall, which receives 3,500 visitors, was Shmailov’s ‘wind in the back’ all day today, including the final, where it celebrated with an ippon after 10 seconds in the golden score. The attack was started by Ko-Soto-Gake, who eventually turned a raise from Ne-Waza into a brilliant Ura Nage. SHMAILOV reached the final with victories against GUNJINLKHAM (MGL), FLICKER (ISR) and tremendous several time replayed Sumi-Gaeshi against KYRGYZBAYEV (KAZ).

I’m feeling great, especially as it’s happening in Tel Aviv, home crowd, with my family watching and these important people who witnessed today. It was just crazy to hear all these people cheering my name, it was hard to focus on the fight and I could hear all these cheering I was trying to ignore it, but at some point I couldn’t ignore it anymore and I used it as a leverage. That was amazing, Tel Aviv, the crowd, is the best in the world.

Capturing the gold medal on home soil was very emotional for Baruch SHMAILOV while the National Anthem of Israel has been played.

That’s what is all about, when I do judo is not only about the winning, I like to put on the show for the people. I just rehearsal it every time, fast, to bring quality judo on the mat. All the family is here, all the closest friends and a lot of judo clubs who brought kids today, and this was my motivation today.

It was the first day of the Tel Aviv Grand Slam, what do you think this is going to do in the matter of the motivation and confidence for Israeli team.

Well we have my gold medal, I’m happy for it. Actually we had also good fighters today, younger ones who experienced this level of the event for the first time. They saw it was possible to do it and I wish good luck to my friends on second and third day, I will cheer for them.

The day was definitely great for Gneto sisters as the older sister Priscilla won gold in category U57kg. London 2012 Olympic Games bronze medalist in final match face-up with Georgian talent Eteri LIPARTELIANI. However Liparteliani couldn’t find a solution for French’s tactical superiority in last minute of the contest where she picked up her third penalty. This was third gold medal for France today who took over the lead on the medal table.

Even laymen can agree that today was a day of remembrance for Europeans, which certainly hints at good fights for the remaining two days in Tel Aviv. We should not forget to mention the excellent organization, but the well-established and experienced organizational team of the Israeli Judo Association. Tomorrow on schedule we will have women’s weight categories -63kg and -70kg, and -73kg and -81kg in the men’s competition.