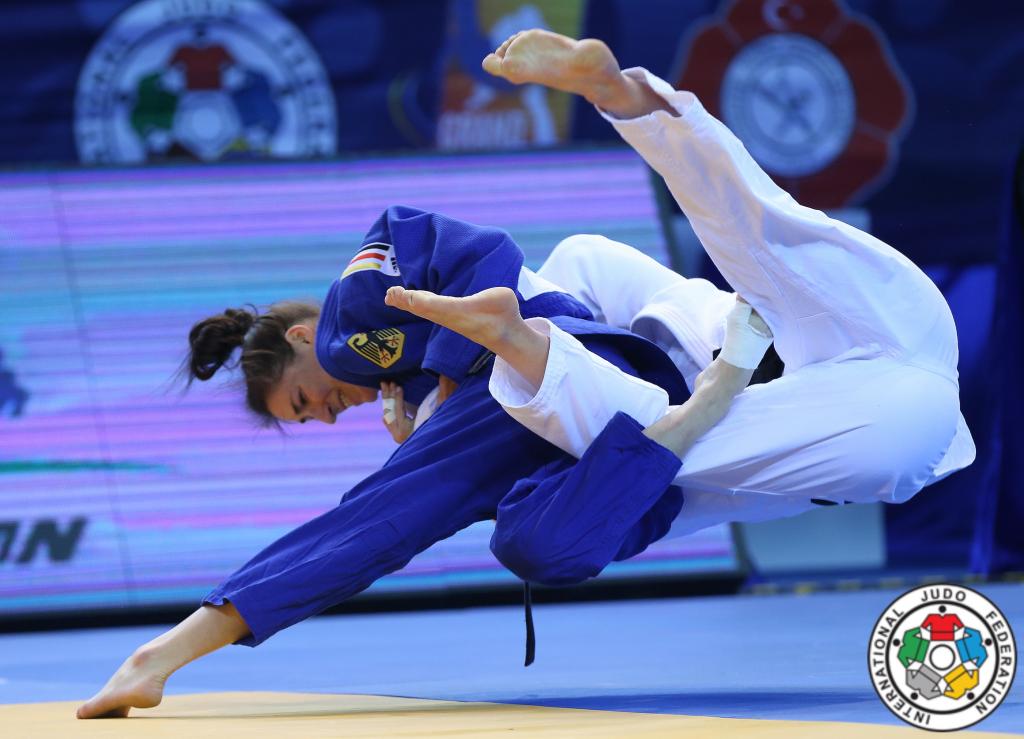 The opening day of the IJF Grand Prix in Samsun, Turkey saw Germany’s Viola Waechter continue her successful return to international judo with her first ever IJF grand prix gold medal winning performance in the -57kg category. A string of injuries led to the 28 year old German being kept out of top level competition for over a year. But with Waechter’s third medal in four months the difficult times appear now to be well behind her. “I never look at the draw before a competition; well, only my first fight. It helps me to stay focused if I concentrate on one fight at a time and I don’t like to look too far ahead,” said a smiling and breathless Waechter immediately after winning the final. Here in Samsun that first fight was against Maria Centracchio ITA whom she had defeated in Tunis in at the African Open in their only previous meeting. Today’s result was no different, Waechter throwing the Italian with uchi mata sukashi then securing yoko shio gatame for ippon. This brought up a second round contest against North Korean Ri Hyo Sun whom Waechter threw with uchi mata inside a minute for ippon. Next came the quarter final and another meeting with Nora Gjakova KOS (Waechter had lost to the Kosovan in Tunis in January). “This was without doubt the hardest fight of the day. She [Gjakova] is tall and strong and have I not got the best record against her,” said Waechter. Despite this, the German proved that she is in good form and threw the dangerous Gjakova with uchi mata for ippon. The semi final matched Waechter against number 3 seed and Olympic silver medallist Corina Caprioriou ROU. The Romanian must be wondering what she has to do to avoid coming up against Waechter as this is the third time this year that they have met all resulting in wins for Waechter (this one by kesa gatame for ippon). This put Waechter in the final against Sanne Verhagen NED who after a little over a minute of the final was thrown by the German with o soto gari for ippon. “I’m happy to see Viola return with strong performances especially after some tough injuries,” said German head coach Michael Bazynski. When asked what was next for her “Waechter replied “I am off with the team next week to Japan for two weeks training. After that, I don’t know. It’s like I said. I don’t like to plan too far ahead.”