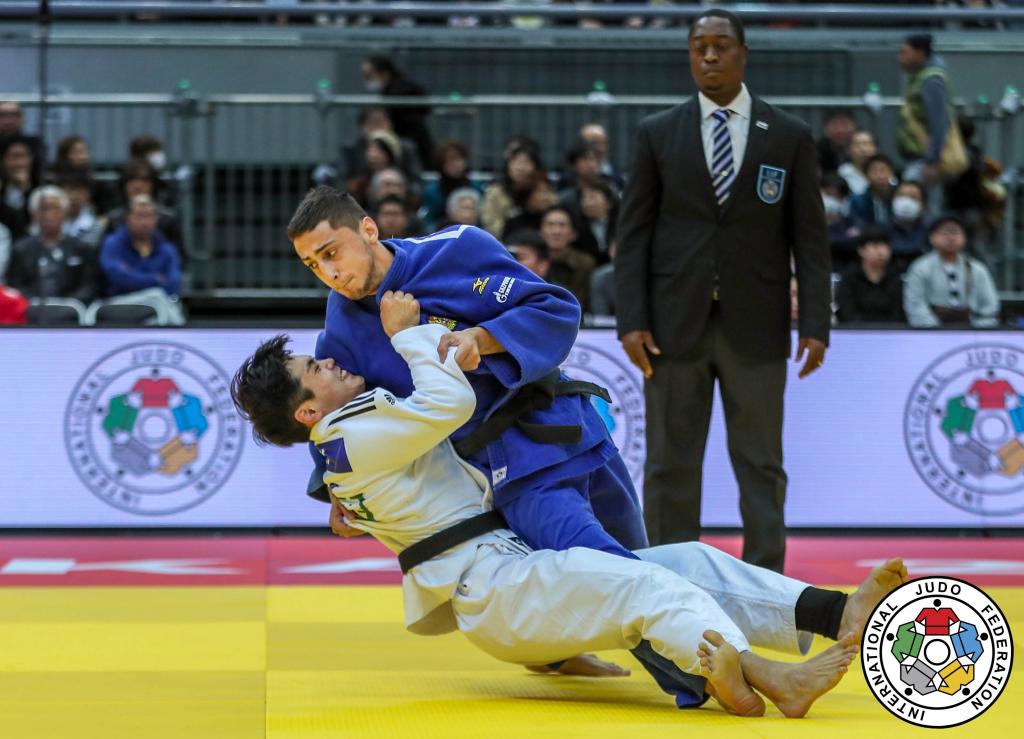 Day one of the Osaka Grand Slam saw the introduction of Yagor ABULADZE (RUS) to the IJF World Tour. On his Grand Slam debut the 21-year old Russian smashed his way to the final of the -60kg category, providing shock after shock as vastly more experienced fighters fell by the way side. Chief among his victims today was former world champion and Olympic silver medallist Yeldos SMETOV (KAZ). In the final Abuladze came up against world number one NAGAYAMA Ryuju (JPN) and three-time Grand Slam gold medal winner. Despite having to deal with a virtual avalanche of attacks, both in tachi and ne waza, Abuladze for the most part weathered the storm, giving up a single waza ari and in the process earning himself a great deal of respect and a silver medal. The bronze medals went to KIM Won Jin (KOR) and OSHIMA Yuma (JPN).

In the -66kg category the gold medal contest provided possibly the biggest shock of the day when MARUYAMA Joshiro (JPN) defeated the current world champion and undoubted favourite ABE Hifumi (JPN). Arguably most impressive however was the performance of Armen GRIGORYAN (RUS) who had the difficult task of having to face three Japanese among his six contests. Credit goes to the young Russian who managed in round two to defeat TAGAWA Kenzo (JPN) and later FUJISAKA Taroh (JPN) in the bronze medal contest. The second bronze medal went to YONDENPERENLEI Bashkuu (MGL). 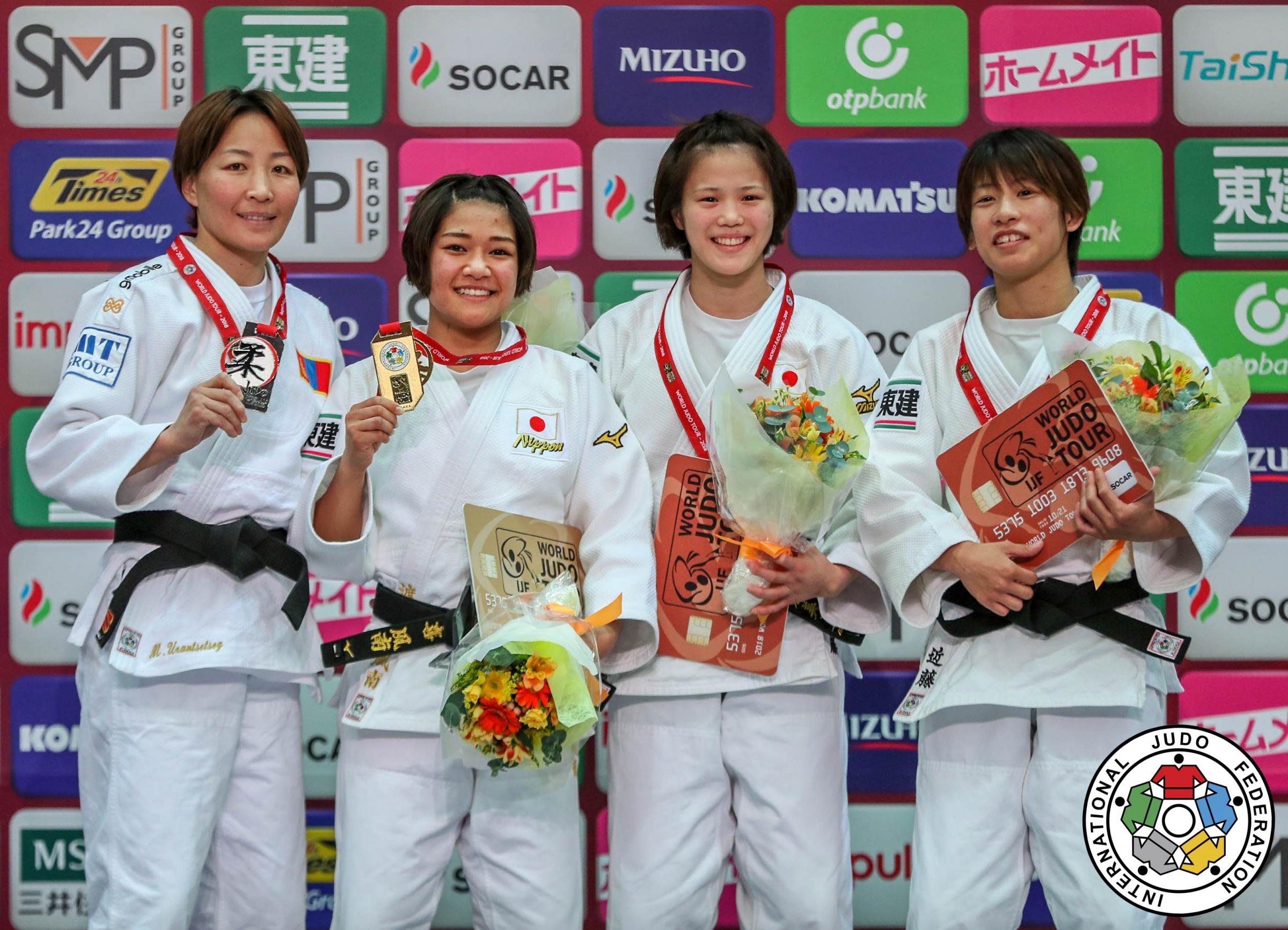 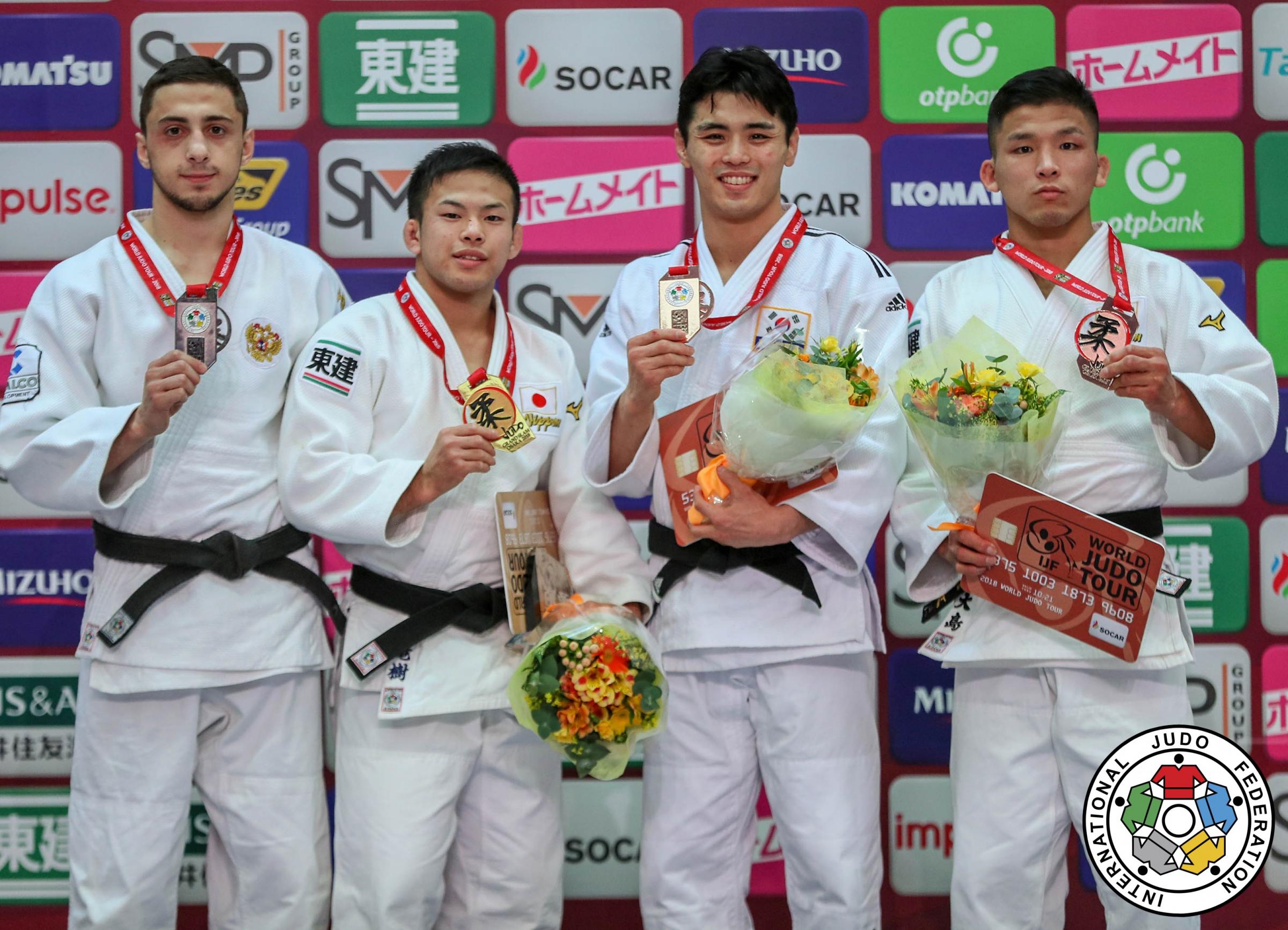 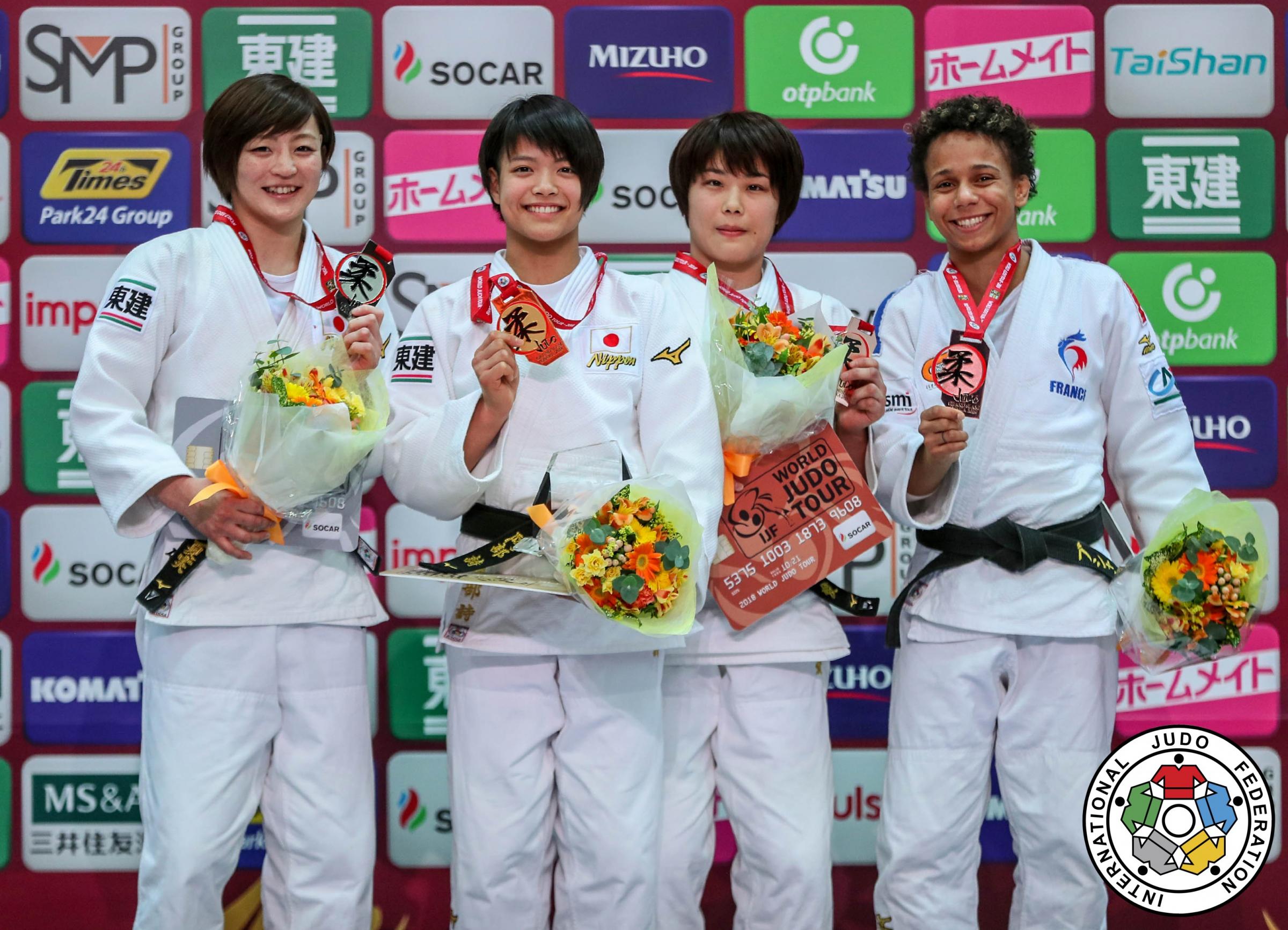 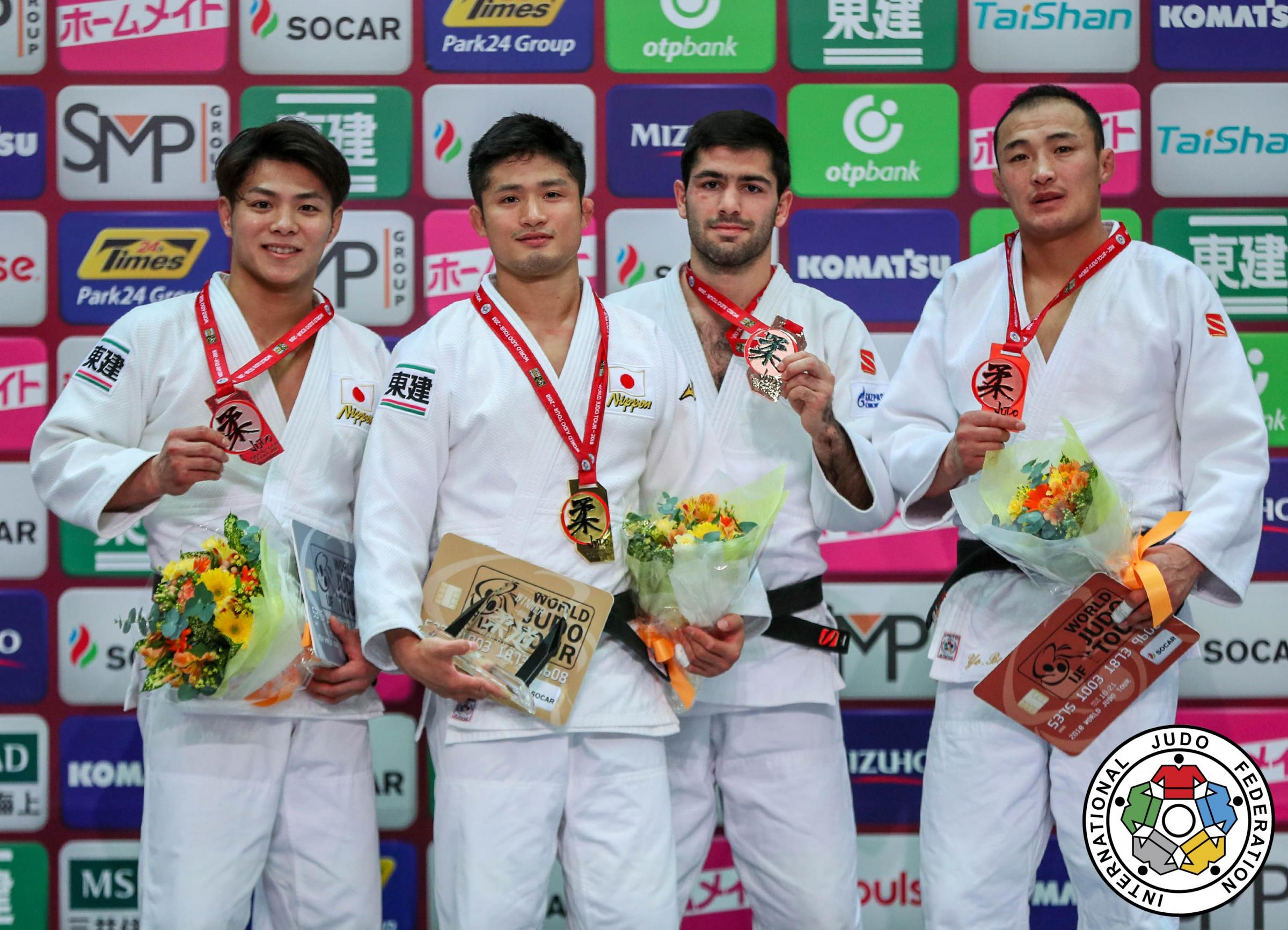 There was a high-quality entry in the -48kg category despite many athletes opting to wait for the forthcoming World Masters. In the final it was 2017 world champion TONAKI Funa who defeated 2013 world champion MUNKHBAT Urantsetseg (MGL). The bronze medals went to 2014 world champion KONDO Ami (JPN) and ENDO Hiromi (JPN).

In the -52kg category current world champion ABE Uta (JPN) was unstoppable as she brushed aside all opposition on her way to the final. Only 2017 world silver medallist TSUNODA Natsumi (JPN) was able to go the distance with Abe, eventually losing out on three shidos. The bronze medals went to number one seed Amandine BUCHARD (FRA) and 2017 world champion SHISHIME Ai (JPN)