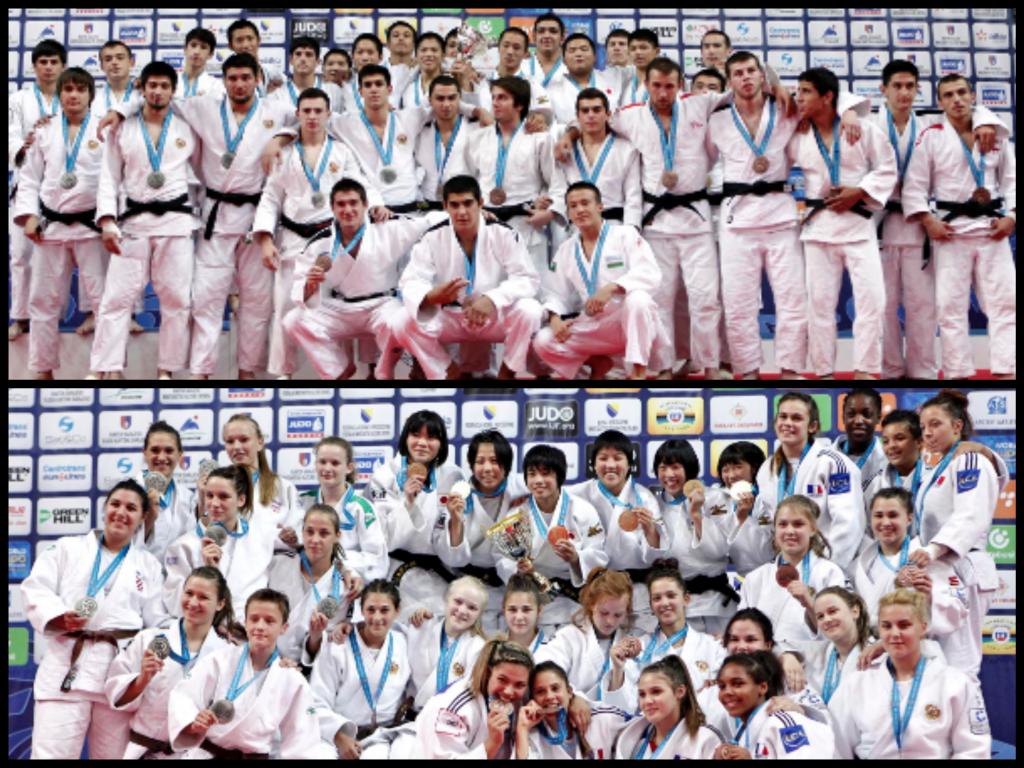 Five teams from Europe tasted medal success on the fifth and final day of competition at the cadet world championships in Sarajevo. The Croatian girls team and the Russian boys were both defeated by their Japanese opponents in their respective finals, whilst the girls from France and Russia, and the boys from Georgia, collected bronze medals. The team event saw a total of 13 girls teams and 14 boys team participating in an exciting and entertaining climax to what for some of these young athletes was their first exposure to this level of intense competition. The Russian boys began their day with a 5-0 win over Turkmenistan to put them into the quarter final to face Mongolia. This proved a closer contest, the Russians eventually winning by a score of 3-2. By way of a taste of things to come, the Russian boys then faced Georgia for a place in the final and, with the tension that one expects from such a match-up, it was the Russians who triumphed 3-2. However, in the final, they were unable to overcome their Japanese opponents and lost by a score of 2-3. In their bronze medal match, Georgia went someway to making up for their disappointment at missing out on a place in the final by defeating Kazakhstan by a score of 5-0.  The Croatian girls team continued their successful visit to Sarajevo by reaching the final of team competition, opening with a surprisingly one-sided 5-0 drubbing of Mongolia. Croatia’s quarter final saw them drawn against hosts Bosnia-Herzegovina whom they defeated by a score of 4-1. But Croatia’s match-of-the-day was probably their semi final win over a strong Russian team whom they defeated 3-2, the last contest of the match being won by cadet world champion Karla PRODAN (CRO) when Evgeniia KONDRASHOVA (RUS) conceded a single shido. The Russian bounced back to defeat Brazil in the bronze medal match 4-1 whilst the second bronze was won by France who defeated Serbia by a score of 4-1. Croatia’s Prodan was in action again in the final but, by the time her turn came, the match already belonged to the Japanese and despite winning her contest by ippon, Prodan’s saw her team defeated 1-4.