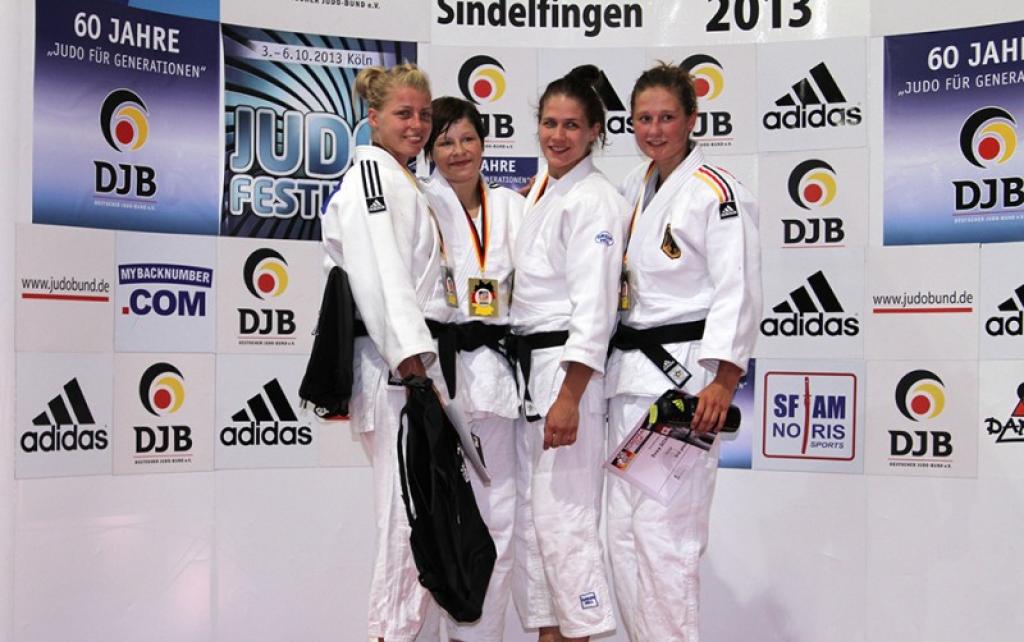 The fifth of five European Cups for Seniors is this weekend in Sindelfingen in Germany. Slovenia is leading the medal table after the first day of fighting. European Champion Rok Draksic preferred to prepare for the World Championships in Germany instead of the Grand Slam in Moscow and claimed the gold medal U73kg. In the final he was too strong for Germany’s Rene Schneider. Italians Marco Maddaloni and Gesualdo Scollo both won a bronze medal and four Italians were ranked among the top eight.

Italy’s best performance was for Emanuele Bruno. He took as silver medal in the category U66kg. But Boris Trupka of Germany won the gold medal in Sindelfingen. He won his first European Cup ever at the age of 30. Only seven years ago in Braunschweig he was close finishing second at the German Open. He won four matches today. Compatriot Nicki Graczyk won bronze as well as Tal Flicker of Israel.

Israel won gold U60kg by Olympian Artiom Arshansky wh won bronze at the European Championships. So far he is Israel’s most likely representative U60kg although it’s good there ‘s a lot of competition in the lightweights these days. In today’s final he defeated Matjaz Trbovz. He also lost the final in Podčetrtek one month ago.

Slovenia won a second gold medal by Tina Trstenjak in the category for women U63kg. Trstenjak defeated British Open winner Jennifer Wichers (NED) who was again good today but is still too fragile to deliver a stable performance each event after getting back from a severe injury. Wichers though  fought well with tactical and technical judo against the reputated Trstenjak who is the most most likely successor of Urska Zolnir.

Marit de Gier finished third and can be satisfied too winning her last four matches after her loss in the first round against Trstenjak. This made the difference as European Cup, double repechage gave her the bronze opportunity. The field was quite strong with also Marielle Pruvost, Jemima Yeats-Brown and Marlies Priesner among the competitors, but they didn’t make it to the podium. Svea Schwaebe won bronze for Germany.

The winner U48kg is from Italy. Marta Rainero defeated Hayley Willis (GBR) in the final. Rainero was fifth last week at Junior level in Paks and now surprised the seniors with gold. Rainero is 18, Willis just 17. Bronze medallist Stephanie Gerno (FRA) also 17, only Katharina Menz (bronze) is 22, so a young podium anyway.

Darya Skrypnyk is 25 and from Belarus, she won her second European Cup of the year. She was also successful in Orenburg in May. On Saturday she defeated Marie Muller, the strong Luxembourg judoka who was fifth at the Olympic Games. Maria Ertl (21 – GER) and Louise Raynaud (21 – FRA) completed the podium U52kg.

Larissa Csatari won the Swiss Open in March but her victory was not a one day fly. In Sindelfingen she beat again her opponents although must be said the field was weak with just 7 rivals. Given her seventh place at the Grand Prix of Düsseldorf Csatari was the expected winner in the final against Martina Lo Giudice, the runner-up of the Mediterranean Games in Mersin recently.

Csatari was accompanied on the stage by Swiss Evelyne Tschopp and Russian Tatiana Noskova.