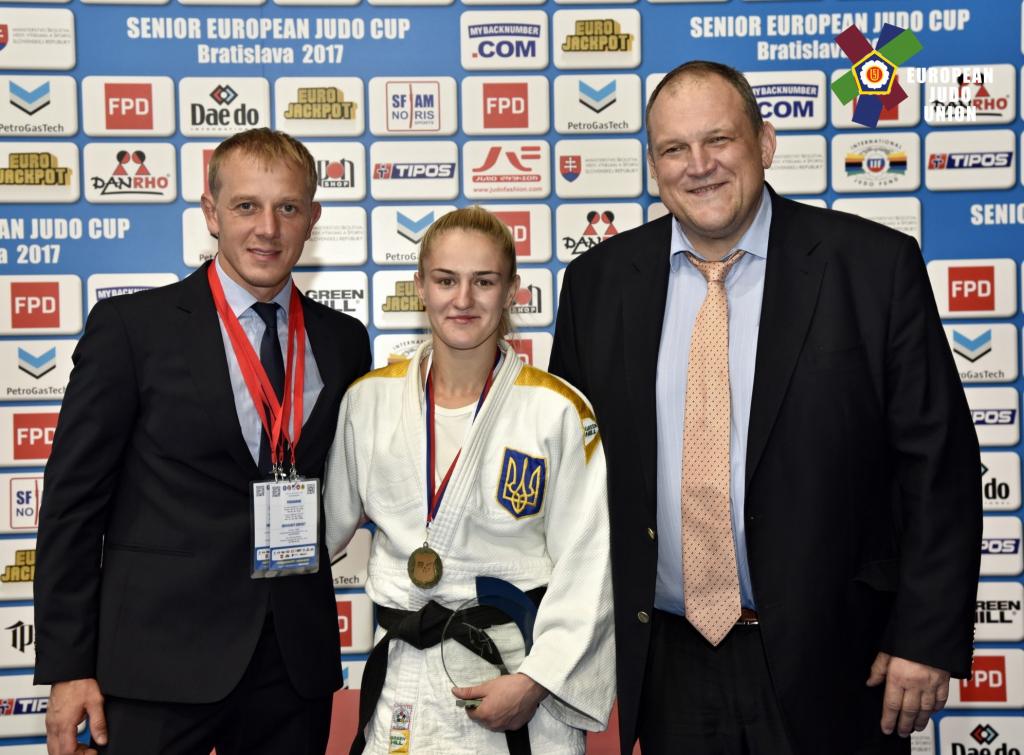 One of the best series of the Senior European Judo Cup is taking place in Bratislava. The tournament presented opportunities for 318 judokas from 31 countries (220 men, 98 women).

Ukranian Mariia SKORA gave an exciting and convincing performance to take gold in the -57kg on the first day of competition at the European Judo Cup in Bratislava. Despite not having achieved any good results amongst the seniors this year, SKORA managed a victory. The Ukranian judoka made her debut in Bratislava.

In the first round, Skora first faced Pauline WULFF (GER) whom she threw after four minutes with two waza ari. The second round Skora won with ippon after one minute and 47 seconds. In the semifinal, the Ukrainian came up against Viktoria MAJOROSOVA (SVK). In a close contest Skora eventually found a way past the defense of the Slovakian scoring waza ari with 30 seconds left on the clock of golden score. In the final, Martina LO GUIDICE (ITA) threatened to test the Ukrainian. But she, too, fell at the hand of Skora who threw the Italian in the third minute of the match and claimed the gold medal.

Maria SKORA: “I am absolutely glad about this medal. All fights were not easy. I felt so fit, absolutely fresh and powerful.”

At the award ceremony, Marii SKORA received a medal from Mr. Peter Gajdoš, Minister of Defense of the Slovak Republic, who opened the fifth edition of the European Judo Cup in Bratislava with Wiesław Błach, sport director from EJU and the president of the Slovak Judo Federation – Mr. Ján Krišanda.