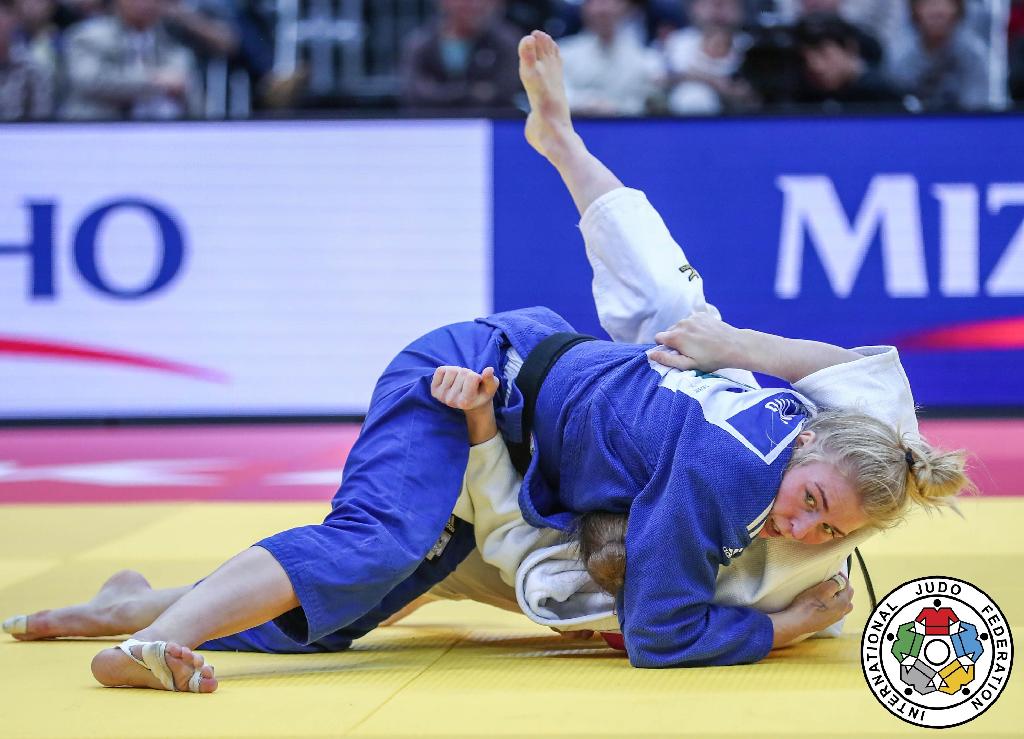 The second day of the Osaka Grand Slam saw several Europeans battle to the medal podium. But with four Japanese in each weight category the prize of a gold medal proved elusive. This really comes as no surprise. Indeed, prior to the IJF World Tour it was this way with both the Kano Cup (men) and Fukuoka Tournament (women). In short, coming to Japan was, and is difficult to say the least.

So, for Kim POLLING (NED) to have taken a silver medal in the -70kg category is quite an achievement, especially when one considers that the Dutchwoman had to do battle with three of the four Japanese in the weight category, eventually falling in the final to 2019 Paris Grand Slam gold medal winner ONO Yoko (JPN). There was also in the -70kg category a bronze medal for the fast-improving 22-year old Giovanna SCOCCIMARRO (GER) who on her way to winning the bronze medal defeated for the second time this year the number one seed Anna BERNHOLM (SWE). Thereafter Scoccimarro in the bronze medal contest had to get past her team mate Miriam BUTKEREIT (GER).

There were bronze medals in the -81kg category for both Frank DE WIT (NED) and Turpal TEPKAEV (RUS). For his part De Wit can be pleased with his performance that saw him begin the day as the number three seed. On his way to the bronze medal De Wit defeated 2017 world champion Alexander WIECZERZAK (GER) and 2018 world champion Saeid MOLLAEI (IJF). De Wit lost his quarter final contest to relative newcomer Turpal TOPKAEV (RUS). The current -23 European champion was making his IJF World Tour debut and was impressive in such exalted company. It remains to be seen whether future selections on the crowded Russian team will provide opportunities for Topkaev at this level.