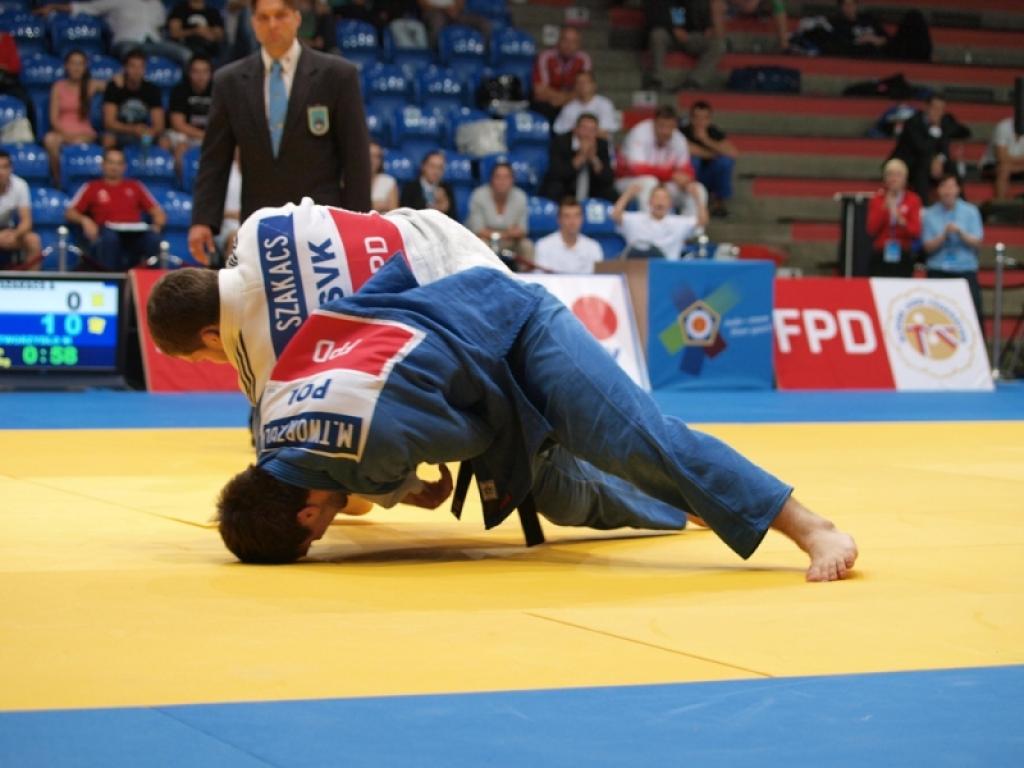 At the second day of the European Cup in Bratislava, many of the winning countries of the first day added another gold medal.

Great Britain, Austria and Germany collected a few more medals. Host nation Slovakia celebrated two good silver medals and a bronze one. The Slovakian men came close to the gold: Arpad Szakacs reached the final U90kg but faced Polish Maciej Twordzydlo for the last fight. It was the Polish who claimed the gold. Twordzydlo scored waza ari by o soto gari but Arpad Szakacs got back, however without scoring, gold for Poland. It was not different U100kg where Briton James Austin won a gold medal in his final against home favourite Pavol Jurcik in a beautiful balanced fight where Austin James scored ippon with ko soto gake. Matthieu Daffreville, a former world number one in this category made his comeback and won a bronze medal, Christoph Kronberger added the third bronze for Austria. Another gold medal for Poland in the heavyweight category where Kamil Grabowski won the event in the final against Jan Pinta (CZE). Grabowski attacked with tani otoshi and won by ippon. Lukas Hlavacek won bronze, Cedric Medeuf joined him on the stage for bronze. Hungary won gold on Saturday U66kg but also won the U81kg category thanks to Laszlo Csoknyai. The Hungarian was too strong for Max Muensterberg of Germany in the final. Slovakia won another medal, bronze for Matus Milichovsky, Dimitri Gomes of France won the second bronze. In the women’s division Germany, Croatia and Austria took the gold. Anne Ritt won U70kg against Czech Eva Koubkova after controlling her by oseikomi. Polish Agata Ozdoba (osaekomi) won bronze as well as Sheena Zander (GER) by kansetsu waza for ippon. In the other two categories not many participants were present: Ivana Maranic (CRO) overcame Marie Branser (GER) U78kg. In the heavyweight category Sarah Mairhofer defeated youngster Jodie Myers (GBR). On Sunday some of the honoured guests were Richard Rasi, the mayor of city Kosice and Lubomir Grega, the mayor of district Old Town in city Kosice. They saw a well organised first European Cup in Bratislava. Watch all pictures in our photo gallery.