Slovenia and Italy outperform at first European Cup in Zagreb 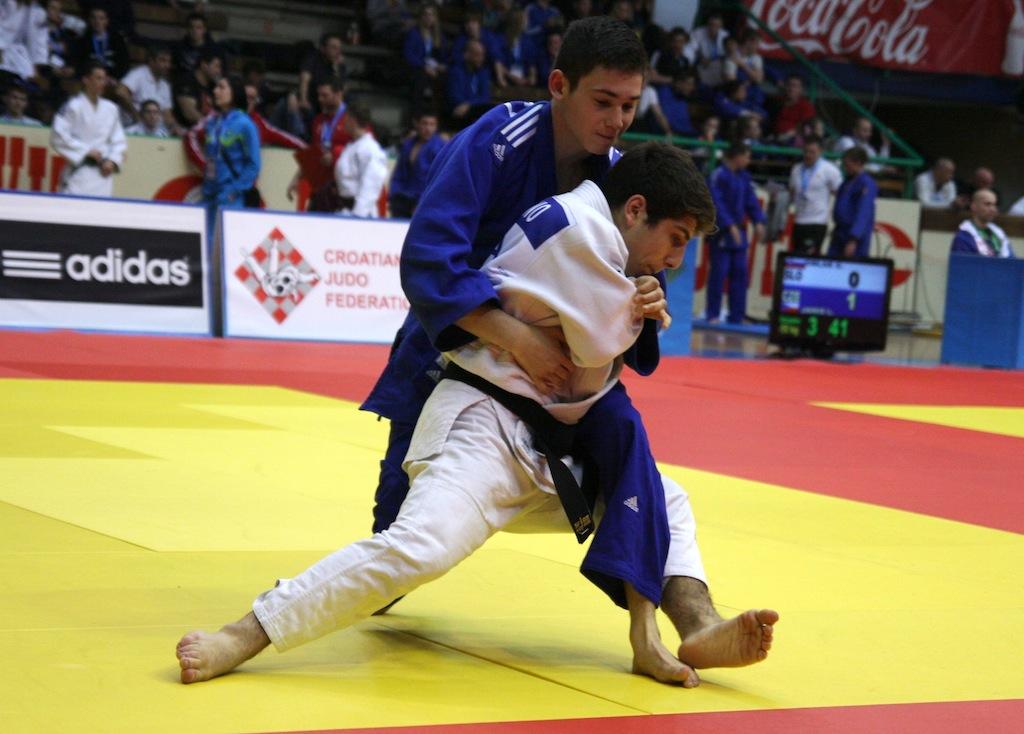 Italy and Slovenia had had a successful start of the first European Cup for Cadets in Zagreb. The competition started at 9:00 and finished after 22:00 o’clock with a field of almost 800 youngsters from 32 countries.

For Italy Angelo Pantano was an expected winner, although the final was one of the most spectacular ones against Jorre Verstraeten of Belgium. Pantano won by ippon in 30 seconds by smashing tai otoshi. The overcrowded sportshall saw a lot of golden score fights. The competition was led by Catarina Rodrigues, the EJU Sports Director. France, Ukraine, Great Britain and Bulgaria all won a gold medal. Belgium was sad but can also be proud of three silver medals with their talented youth. Thirteen countries won a medal at this first day. Tournament was opened by the CJF President Sanda Corak and Milan Bandic. The event was witness by honorary guests with the likes of Milan Bandic, Major City of Zagreb, Danica Juričić Spasović, Head of the Presidential Office and his Excelence Keiji Ide-a, Ambasador of Japan. Furthermore the Polish Consul was present Mr. Januš Tater and Zoran Dimov, honorary pres. Croatian Judo Federation and Siniša Krajac, assistant of General Sec retary of the NOC On Sunday the competition will proceed with the heavier categories.