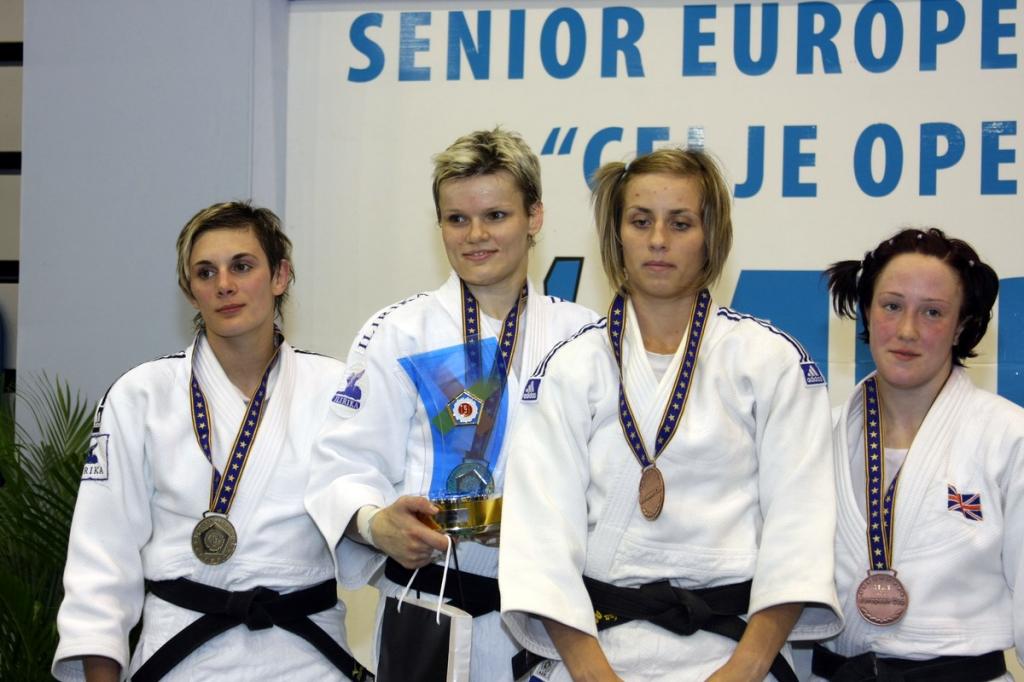 Three finals between compatriots in Celje at the European Cup today. The most popular match for the homecrowd was U63kg between Slovenian Urska Zolnir and the talented Vlora Bedeti. It was Urska Zolnir who collected her 6th consecutive title, a record.

Who else than Lucija Polavder won gold in the women’s heavyweight class. She won her fourth gold medal in Slovenia since 2005, she lost the final twice, not today, not this year as she is in an excellent form and on course for the world title.

The Netherlands collected a second gold medal today winning the U48kg class. Patty Joldersma won the final against Sabine Goller (GER). A great success for 25-year old Joldersma who had also won the International tournament of Lommel this year.

Great Britain was also able to win two categories. Gemma Howell won the U57kg class beating Hedvig Karakas (HUN) who fought five matches today and now has a European record of already 36 matches at the major tournaments this year, more than anyone in the world. Corina Caprioriu (ROU) was holding the record so far with 32 matches. A surprising win by Howell against the talented Karakas. Nonetheless in their previous encounter Howell defeated Karakas in 2008 at the junior worlds.

The Netherlands is leading for Slovenia and Great Britain in the medal ranking.