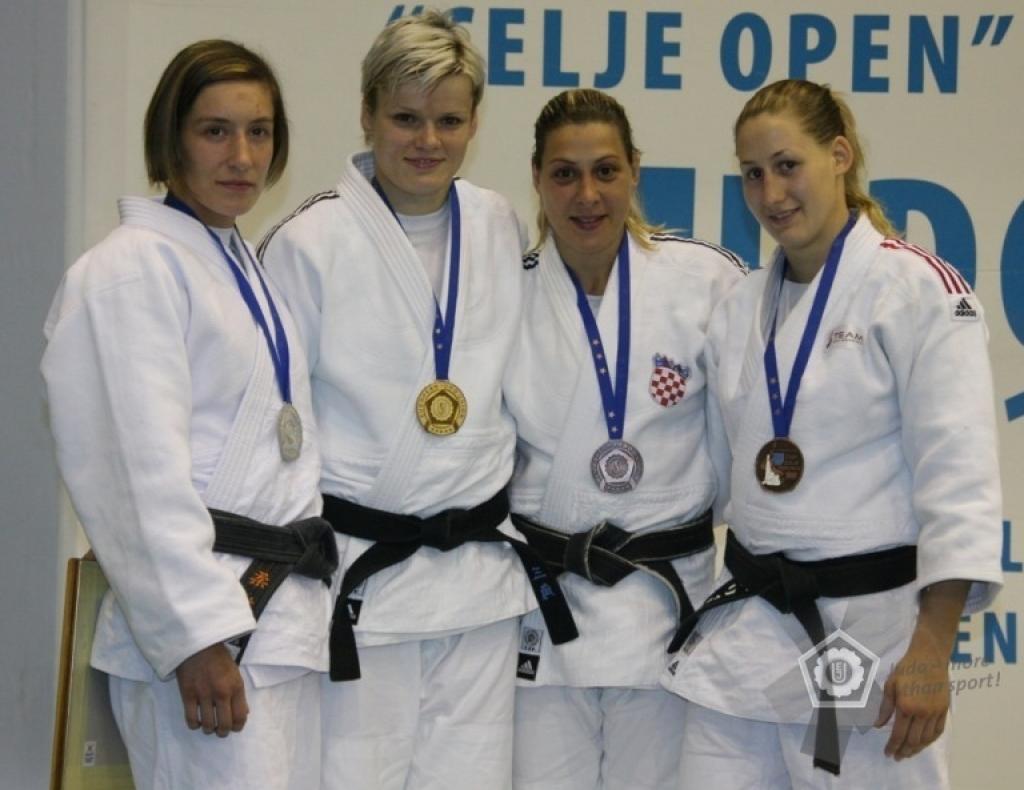 The two biggest Slovenian stars both took the gold medals at the first day of the European Cup in Celje. Urska Zolnir won the gold medal U63kg in an all Slovenian final against Mila Milosevic. Lucija Polavder won the plus category in her final against Amelie Andeol (FRA).
The great women’s success was the hope of the Slovenian people present in Celje.
Strong Zolnir defeated youngster Milosevic fast on the ground by an arm lock in less than a minute.
Lucija Polavder showed domination and won fight against Andeol. Polavder took the gold after a five minutes exhausting fight.

The men’s plus class was won by Magomed Nazhmudinov. In the final he defeated Mykyta Dibrin of the Ukraine. Russia missed out the U60kg gold. In the final Robert Mshvidobadze lost against German Champion Robert Kopiske. 21-year old Kopiske won his first ever international success at this senior level. He led the match from the start but Mshvidobadze equalised wityuko. In the golden score Kopiske scored annother yuko in the golden score by te-guruma.

Another neo senior won the U90kg category; Alexandr Jurecka (CZE). Jurecka overcame British Michael Horley. At a young age he won the Miami Open, but could need a new success at European Cup level. Horley was better in the match but after five minutes of fighting Jureca convinced the referees in the last minute. Jurecka can be a new male Czech talent in a row of Lukas Krpalek and Jaromir Jezek.

Violeta Dumitru (ROU) won the light weight category U48kg in her final against Maryna Chernyak (UKR). Dumitru won after one mnute by te guruma.
Helena Receveaux defeated Agata Perenc (POL) in a nice fight by scoring a yuko. Receveaux dominated the fight and finally scored ippon. Receveaux was European and World Junior Champion in 2010 and won her first European Cup and senior title.

On Sunday seven other weight categories follow.
Check out all results and great pictures here:
https://www.eju.net/results/?mode=showResult&id=745