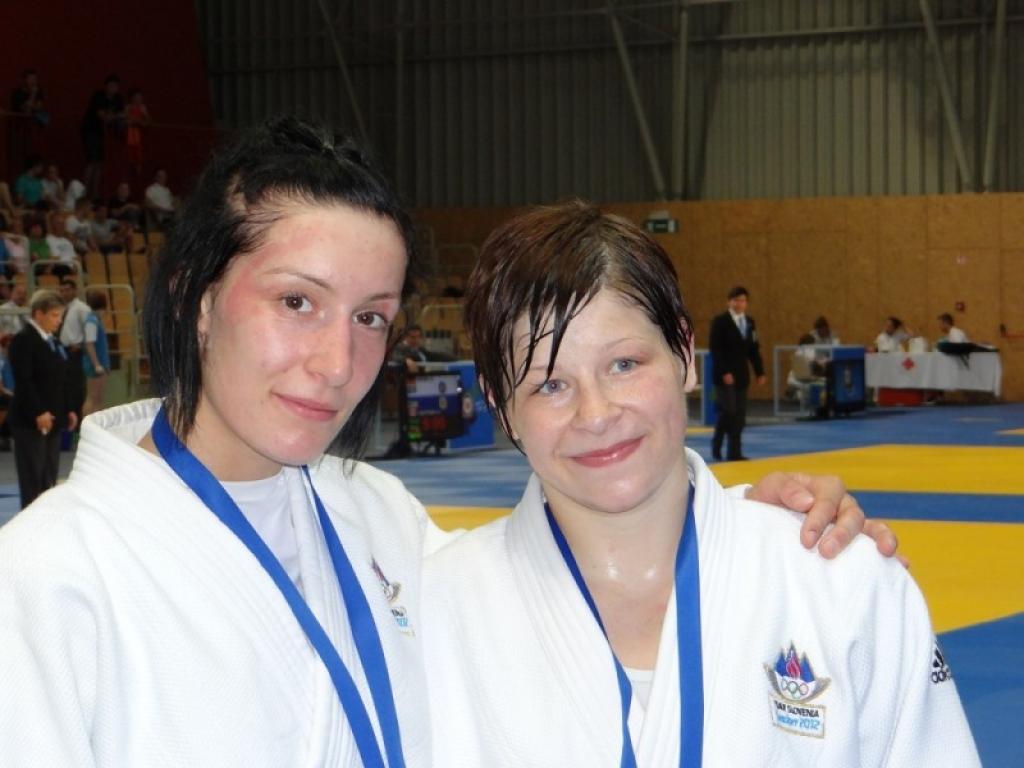 At the second day of the European Cup in Celje-Podcetrtek Russia won two gold medals and the medal ranking for over two days. The host nation did again good business at day two taking two victories in the women’s class and Slovenian is the final winner in the overall medal ranking, just before Russia.

Promissing judoka Khasan Khalmurzaev of Russia claimed the victory in the men’s U81kg category. He was able to defeat Guillaume Riou of France and won all his five matches. Alan Betanov (RUS) and Matteo Marconcini won bronze. For Khasan Khalmurzaev it was his second victory in a row after winning the European Cup in Orenburg.

His brother Khusen Khalmurzaev won silver on Sunday in Celje. He lost his last match against Mihael Zgank of the organising nation Slovenia, a great result for the Slovenian Champion of this year.

Robin Reibedanz of Germany surprised with a gold medal in Celje U100kg. After a year of absence internationally he was hungry enough to win his last match against Michal Horak (CZE) who set his best ever performance in Celje with silver. Last year he was fifth.

Christoph Kronberger won bronze as well as Flavio Orlik (SUI).  Russian fighter Stepan Sarkisyan could be expected among the medallist, but he won the gold +100kg. The Russian U23 Champion was fifth last year and runner-up at the European Cup in Orenburg. Today he defeated Thomas Pille in the final. Dutchmen Roy Meyer and Tobias Mol ended with bronze this time. Meyer who won the European Open in Tallinn last week and the European Open in London lost to Pille in the first interesting round, but with this European Cup system he could come back in the repechage and won all remaining matches.

On Saturday the homecrowd cheered for Petra Nareks’ surprising win U57kg and on Sunday Tina Trstenjak continued the gold rush. Trstenjak beat Nina Milosevic in a direct fight in the final. Both strong judoka seemed to be the follow-up for Urska Zolnir who is expected to fight in Rio U70kg. Bernadett Baczko (HUN) and Ivana Komlosiova (SLV) celebrated bronze. Komlosiova won the first interntional women’s medal for her country this year.

We know Barbara Bandel can surprise, this was such day. The German fighter won the gold U70kg. Last week things didn’t work the way she expected in Lisbon but today she won all five fights. The the final she defeated strong Dutch Antoinette Hennink. Elisabeth Greve (GER) won bronze. Anka Pogacnik claimed bronze for Slovenia.

Another German, Annika Heise continued her medal race, but improved her bronze last week in Lisbon with gold in Celje. She defeated Canadian Amy Cotton in the final and last week’s finalist Guusje Steenhuis in the semi final. The field was strong with Slovenian Ana Velensek who won bronze after she defeated Julia Tillmans (GER).

Slovenian Lucija Polavder was the expected winner of the European Cup in Podcetrtek. The European Champion defeated Tessie Savelkouls who was also strong last week but couldn’t finish it with a medal. It was a repetition of last year’s final. Savelkouls was again the best of the rest. Kristin Buessow (GER) and Regina Kapaeva (RUS) won bronze in the plus category.

Polavder’s win gave Slovenia the final victory, but it must have been mixed emotions after yesterday’s loss of one of her opponents Elena Ivashchenko. Polavder won the tournament for the seventh time.

Watch the photos of the European cup here