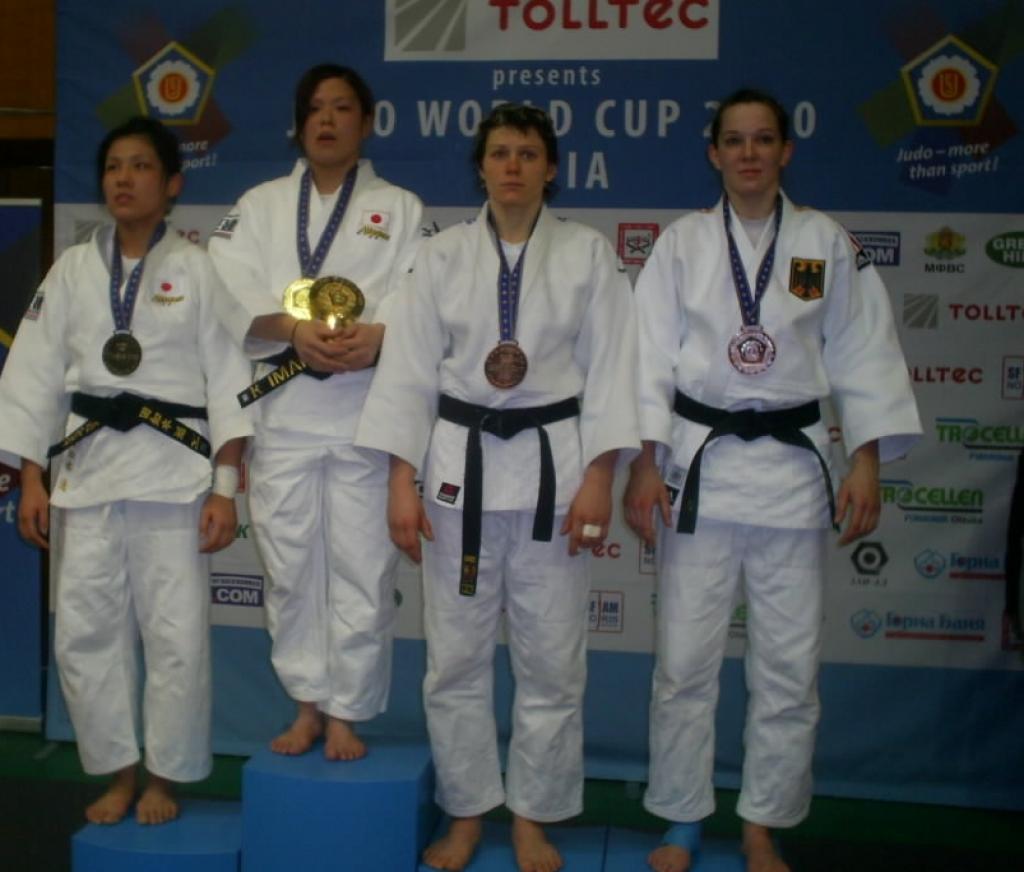 The Slovenians have always been successful in the history of the World Cup in Sofia. Heavyweight Lucija Polavder was able to win her fourth title ever in Sofia and now leads this all time tally together with Rasa Sraka who didn’t compete in Sofia.
Polavder’s win over Elena Ivaschenko (RUS) was quite surprising but she was good the whole day beating Anaid Mkhitaryan (RUS), Kanae Yamabe (JPN) in the pre rounds and Sarah Adlington (GBR) in the semi final.

But not only Slovenia had a good day. Japan stated again that they are masters of this sport. Today both gold medals U63 and U70 were for Japan. U63 2008 Asian Champion Rina Kozawa beat her country women Mutsumi Matsuoka and U70 Imai Yuko defeated Haruka Tachimoto as well in an all-Japan final.

Slovenia and Japan now won the most gold medals all time since 1989 of the World Cup in Sofia. Both countries lead with 15 titles out of 147 champions.

In this year’s medal tally Japan dominated with 6 final spots, but only won two. Slovenia follows with two gold medals and Russia, Romania and Belgium all took one gold medal.