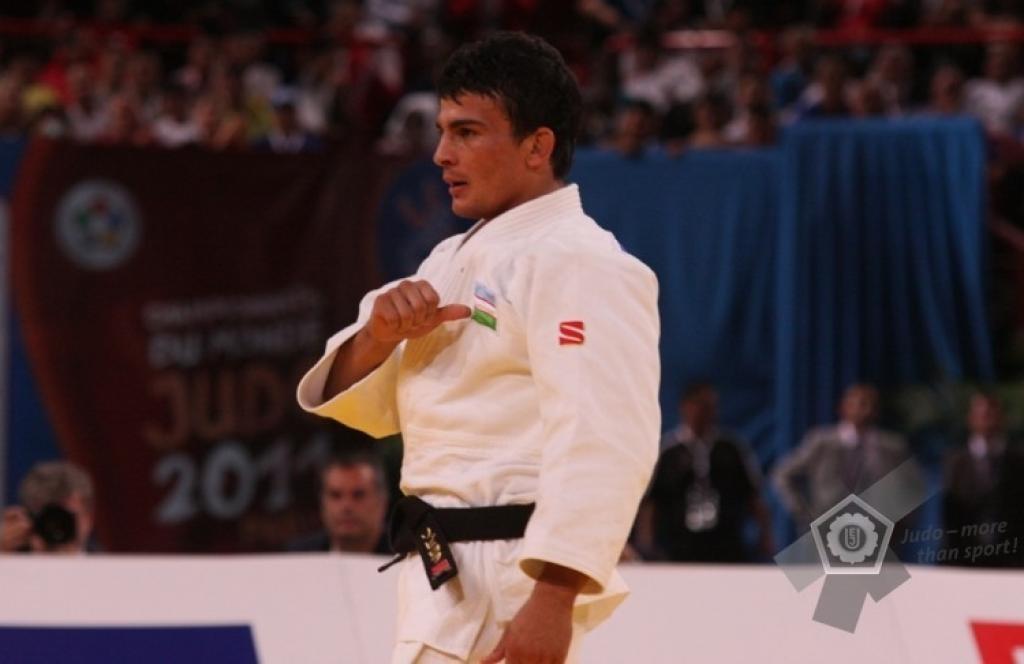 Japan dominated the opening day of the 29th World Judo Championships in Paris, winning two gold and two silver medals.But many of their fighters did not find it easy compared to the 2010 event, when they took a total of 23 medals, including 10 titles. With 136 countries taking part, there was unprecedented opposition today as the competition, which also celebrates the 60th anniversary of the founding of the International Judo Federation, got under way at the Stade de Bercy.

All Japan Final under 48kgs Women’s Tournament
The only all-Japan final came in the under 48 kgs women’s tournament, in which 50 competitors took part and, just as last year in Tokyo, Haruna Asami defeated her compatriot, Tomoko Fukumi. Asami, the younger of the pair by three years at 23 years-old, was the more aggressive as she repeatedly attacked Fukumi, who was warned for passivity. The crucial moment came when he scored a yuko with ouchigari (major inner reap) and this was enough for her to clinch the decision.

Much to the frustration of the French crowd, Frédérique Jossinet, 35, a home favourite during her long career, in which she has taken the silver medal at the 2004 Olympics and a host of other podium finishes, was defeated with a morote-seoinage (double handed shoulder throw) by the 21 year-old Sarah Menezes of Brazil. The other bronze medal went to Eva Csernoviczki of Hungary, who added that third place to the silver she took at the European Championships in Turkey earlier this year. She twice countered Charlene Van Snick of Belgium in the crucial bout.

The best of the bests
Rishod Sobirov, of Uzbekistan, who on Sunday was voted the outstanding judoka of today by the International Judo Federation, was a consummate winner of the Under 60 kgs, rarely being troubled in a long day of fighting in which 76 people entered the lightest of the seven classes. In the final, he met Japan’s Hiroaki Hiraoka, third in Tokyo last year. Sobirov was the more positive of the pair with Hiraoka receiving a warning for passivity. The contest was decided when Sobirov broke inside the grip of the Japanese and grasped his opponent round the bodyfor ura nage. Simultanously launching a kosotogake (minor outer hook), which tumbled him to the mat.
As he left the mat, Sobirov put up two fingers to the applauding crowd to indicate his two victories in these annual championships.

Sobirov’s semi final fight against Kim (KOR) he was a bit lucky and was almost thrown for ippon but the referees recalled the claim and changed it to waza-ari. Sobirov was eager to win the match and one second before the Sobirov scored ippon with an uchi-mata.

The bronze medals went to Ilgar Mushkiyev of Azerbaijan and Georgii Zantaraia of the Ukraine, who produced a superb left uchimata (inner thigh throw) to defeat Gwang-Hyeon Choi of South Korea.
Gold for Ebinuma, Second Silver for Cunha.

The under 66 kgs division had 81 entries. Masashi Ebinuma of Japan, who has progressed strongly in the last year since only reaching the last 16 of the 2010 World Championships, defeated Brazil’s Leando Cunha, 30, who was second in those championships in Tokyo. Ebinuma, only 21 and clearly now the favourite for the Olympics next year, had earlier shown a nice variety of techniques, including shoulder and ankle throws.
In the final against a more experienced fighter, the Japanese twice tried a left uchimata (inner thigh throw). Then a third attempt, he hooked in and grabbed his opponent’s belt, giving him more purchase on the action. He started hopping as Cunha desperately tried to avoid the move. The pair moved to the edge of the mat, and then outside the main contest area until Ebinuma finally succeeded in turning his opponent and tipping him onto his back for victory.
The bronze medals went to Jun-ho Cho of Korea, who produced a smooth seiotoshi (shoulder drop) on Rok Draksic of Slovenia and Musa Mogushkov of Russia as only European medallist, who scored ippon on Britain’s Colin Oates with a sacrifice throw to end the contest.

More about news about the surprises can be found here:
http://www.intjudo.eu/News/cikk19635