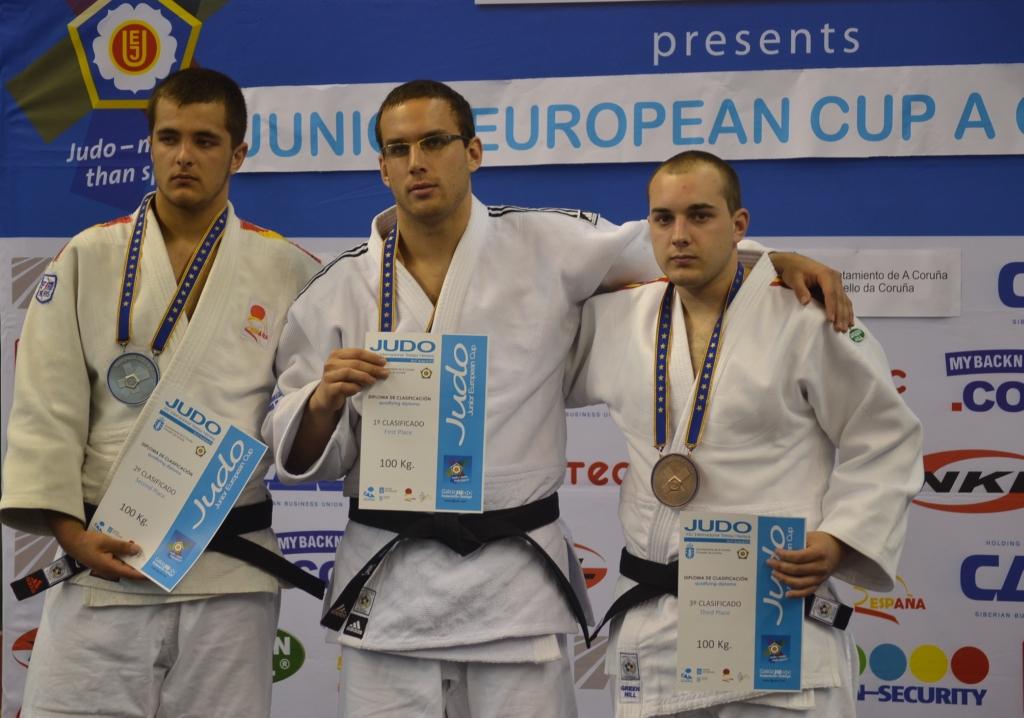 She defeated the strong Spanish Aroa Martin Lara in the final. Clarissa Taube won the heavyweight title +78kg on behalf of Germany yesterday but Germany added another two medals on Sunday by Nieke Nordmeyer U48kg and Therese Stoll U52kg. Twice it was a Portuguese judoka who lost the final.

However Celio Dias from Portugal won a gold medal U90kg. Now it was the other way around and German David Tekic lost his final against the athletic Dias.

An Italian final U44g where Maria Siderot defeated her rival Marion Huber, the 16-year old Italian Champion.
In the second and final day of the Junior European Cup European qualifying for the Galician team fell short again as the day on Saturday, making adding a silver to gold yesterday got 70kg Sara Gonzalez, and bronze Miguel Riopedre at 55kg.