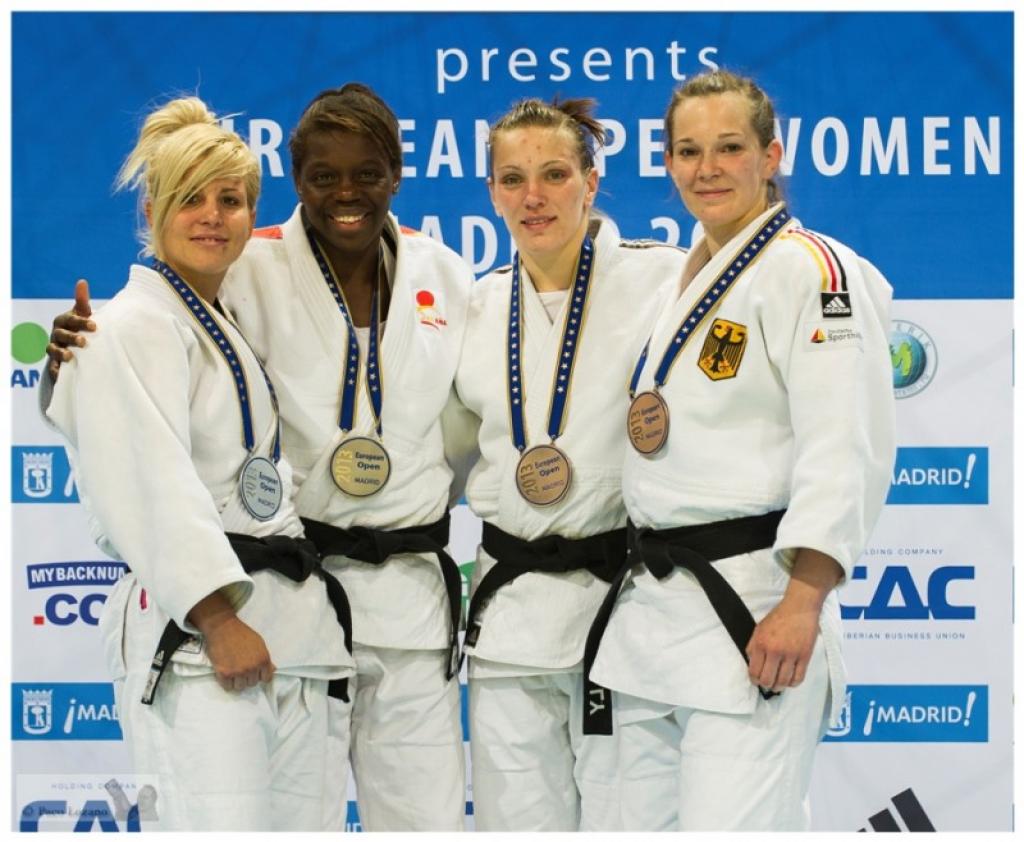 A good success for Spain that won its own European Open on Saturday in Madrid. Spain celebrated two gold medals and three silver medals. All categories were played today. France ended as second nation on the medal tally with two gold medals, Russia, Israel and Italy all won gold as well.

The Spanish women had a good start in the category U48kg where Julia Figueroa finished first after she won the final against Paula Pareto, the Olympic medallists of 2008 and fifth ranked of the 2012 Olympic Games. The Spanish Champion is fighting U48 this season but fought U52kg for the last four years. This seems to be a good decision. She defeated both strong Leandra Freitas (POR) and Anne-Sophie Jura (BEL) for a deserved gold medal. Maria Bernabeu was a more expected gold medallist for Spain. However in this strong field also the home player cannot secure a gold medal in advance. Today she defeated the energetic European U23 Champion Franciska Szabo (HUN) in the final. Iljana Marzok (GER) and Anka Pogacnik (SLO) completed the podium.

Helene Receveaux (FRA) won her third international event, last year she won in Rome and Abu Dhabi, but the 2010 European and Junior World Champion picks out her events with taste and takes a medal almost everywhere. Today she beat Jaione Equiosain (ESP) in the final. Nekoda Davis (GBR) and Camila Minakawa, the Brazilian who now competes for Israel won bronze.

Assunta Galeone won the gold for Italy U78kg. Laia Talarn of Spain lost the final who won gold, four years after her first victory in Birmingham in 2009. Alena Kachorovskaya (RUS) won her first international medal taking bronze. The other bronze medal was a very welcome one for Anett Meszaros, the double Olympian and four times World Championships medallist. Almost two years after her last medal at the World Championships in Paris, she made her comeback. She wasn’t finished yet and found back her body and soul to win the bronze medal one category higher than she used to fight. She already fought in the Hungarian team at the European Team Championships, but this was her first serious individual medal.

Anaid Mkhitaryan won the last gold medal on behalf of Russia. In the heavyweight final she defeated Sonia Asselah of Algeria.