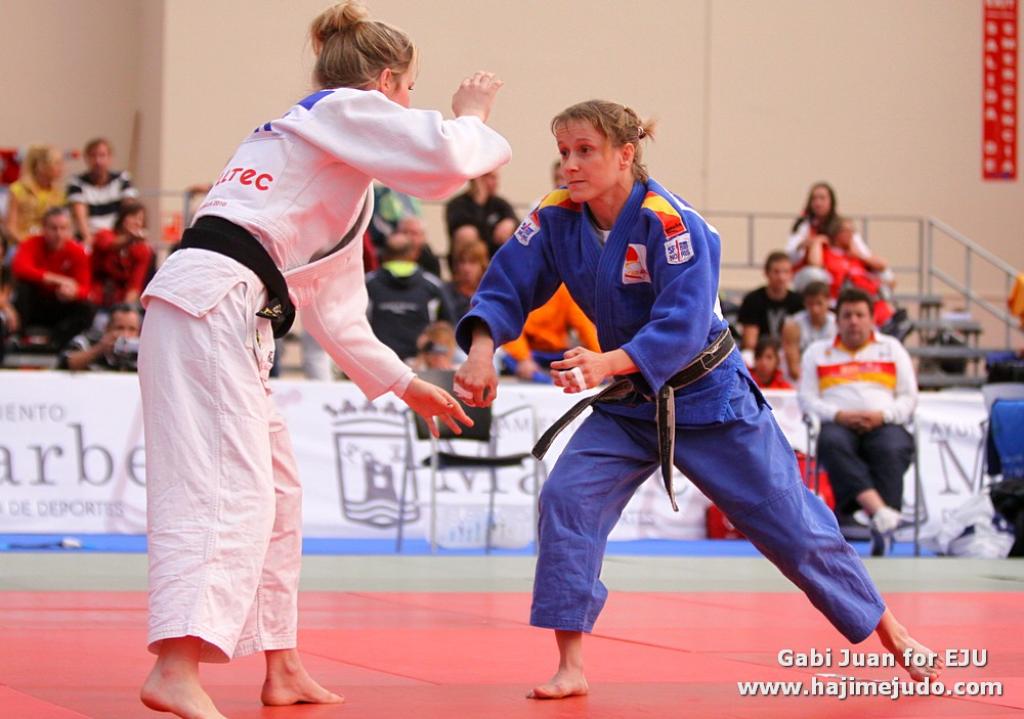 Spain took 5 out of 7 gold medals at the European Cup in Marbella. Portugal and Russia took the two other titles.
The sunny Marbella was the first host of a Spanish European Cup. Spain dominated not only the gold positions but also won 22 of 28 medals today. In a modest participants list of 96 men and 44 women the best final was U66kg. Javier Delgado won the exciting match against Gar Uriarte with a nice counter attack. Delgado won his first European medal after finishing fifth in London. Alexander Grigoriev won the only title of a foreigner in the men’s category. U81kg the Russian fighter defeated Javier Madera.
Javier Ramirez won the U73kg category, he will participate next week at the European U23 Championships in Sarajevo.

In the women’s category it was good to see the successful comeback of Ana Hormigo. The Portuguese U52kg won her category after getting a baby earlier this year to a boy. Today she won the final against Spanish Almudena Gomez.