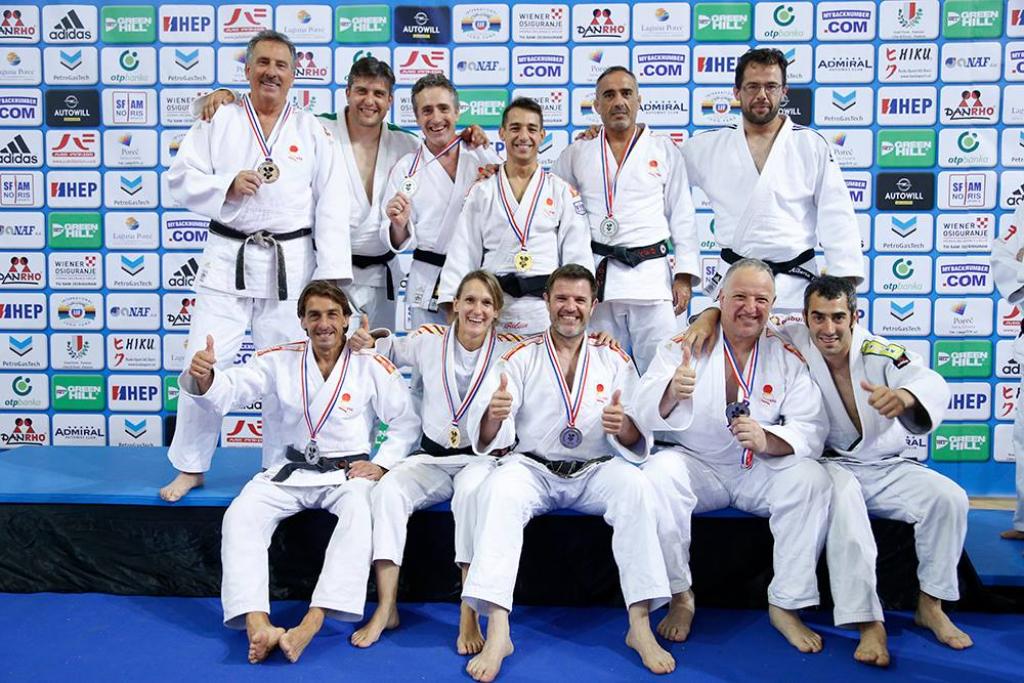 The total number of 36 teams were entered across six divisions for the 2016 Veteran European Judo Team Championships. At the end, the total number of six gold medals were claimed by four different nations. Namely, Italy, France, Ukraine and Russia.

A very impressive performance was delivered by the Spanish team in the M50 division. Different to norm, the elected team actually finished second place; yet, their incredible spirit and effort caught the attention of all. Spain started off the day by defeating Team France3 with an outcome of 3:2. The semi-final brought along Team France2 as the opposition, where again, a tight clash was on display. Team Spain vs Team France1 was the final line up in the M50 division. Defeating two other French teams, Spain was almost confident to take down their last and final opponent. It was yet again another tight scuffle, where the outcome resulted Team Spain to claim second place. This silver accomplishment certainly shined just as much as a golden victory would have.

The Team Manager of the Spanish Team, Francisco PEREZ explained the recent changes within the veteran league: “It is only recently, literally few months ago, that we established a Spanish Masters Judo Association and it is incredible to see the result of it already. It was a really good experience and it was the first team in history to finish on the podium at such a level. We feel like it is only a beginning of a new adventure.” All final results of the 2016 Veteran Team European Judo Championships are available online via www.eju.net