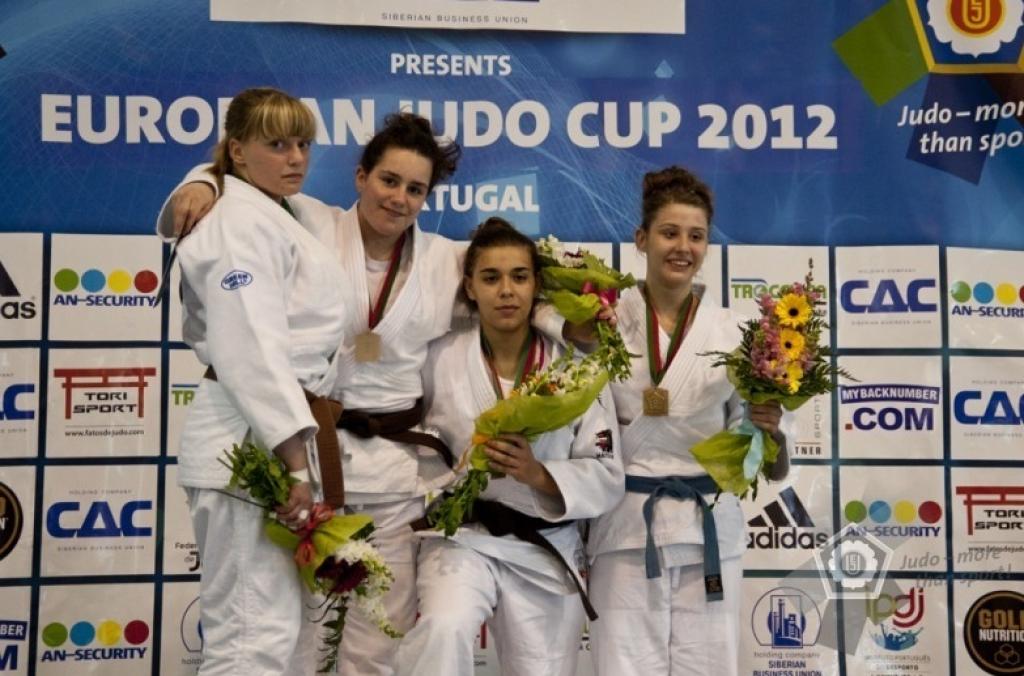 The Spanish participants on Sunday’s second day of the European Cup for Cadets in Coimbra have collected three gold medals in the three heaviest categories.

The Spanish victory tour started in U63kg where Maitane Herrero claimed the gold medal U70kg. She defeated Ivana Mandaric of Croatia in the final. Herrero continues her good results of previous European Cups but now drove home with a gold medal. Naroa Sacristan just missed a gold medal for a quartet. Sabina Merklova of Czech Republic was too strong U63kg and prevented total Spanish domination.

Sara Rodriguez, one of Spanish major talents won gold U78kg. In the final she defeated Alina Lengweiler of Switzerland. Rodriguez prolonged last year’s title in Portugal and won her second title this year, the same path to success like last year.

Croatia celebrated a gold medal of national champion Dominik Druzeta. He was better in his last match against Willian Molina (ESP). Nikoloz Sherazadishvili (GEO) is steaming and won his second European Cup this season, previously he won gold in Fuengirola. Alexis Rosa Moya was a well known opponent, the Spaniard won silver.

Review all results and many pictures in our media gallery: