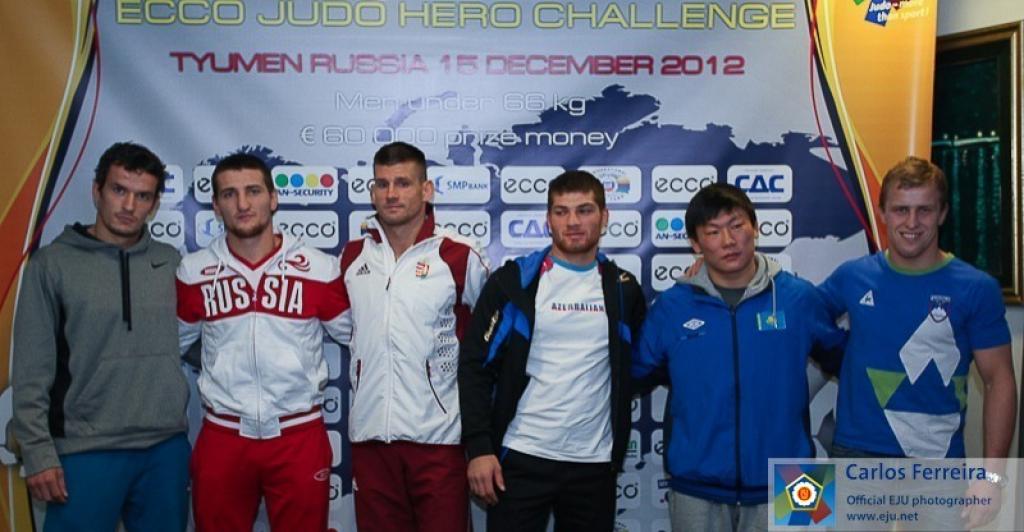 At the 15th of December one of the top athletes, Musa Mogushkov, will face best judoka at his home arena Tyumen-Judo in Tyumen, Russia. Mogushkov was one of the most expected medallists at London Olympics and his failure was a real strike for himself and most of Russian judo fans. He was really knocked out with his misfortune. But the ability to stand up after a big hit defines a real judo superstar among others.

The Ecco Judo Hero Challenge will be a real challenge for Mogushkov.

The line-up who will undertake his challenge:

Tsagaanbaatar Khashbaatar of Mongolia:  former World champion in this category

Sugoi Uriarte of Spain: silver medallist of the 2009 world championship and 2010 European Champion

Musa Mogushkov was bronze medallist of the 2011 World Championships and until June 2012 the Leader in the World Ranking U66kg.

In a new Olympic cycle these judoka will start all over again. Ecco company supported the initiative of the European Judo Union and awarded a magnificent prize money.

The skill of participants allow to expect spectacular judo in snowy Siberia at 15 December. You can watch a LIVE broadcast at the EJU website.

Expect the best at the Ecco Judo Hero Challenge live from Tyumen!