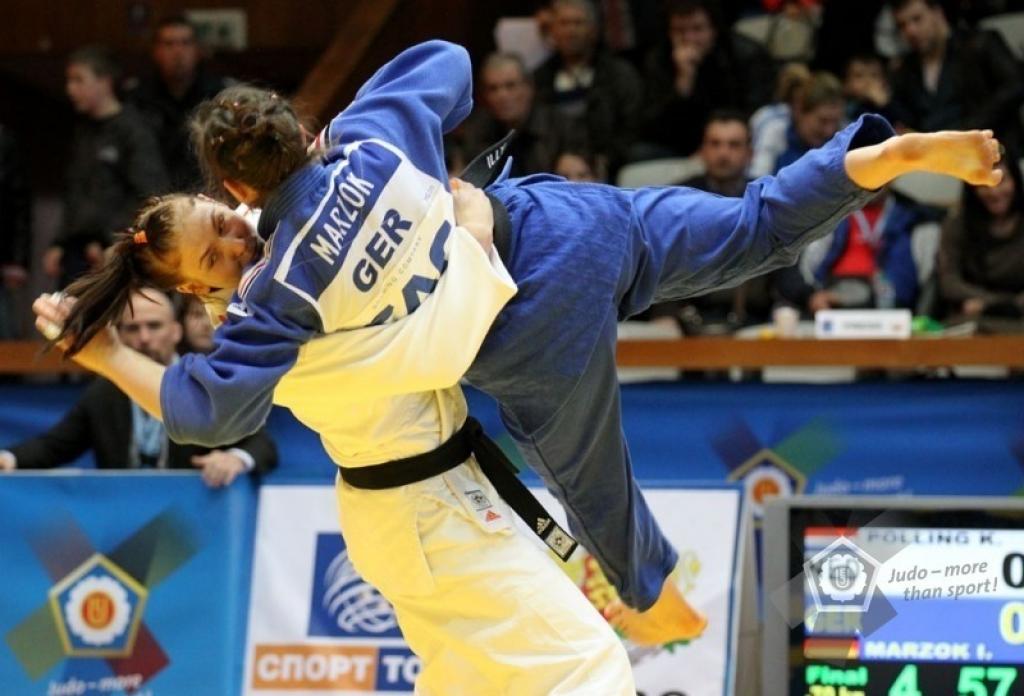 At the second day of the European Open for women in Sofia, Japan won a fourth gold medal and won the medal tally, but the Europeans hit hard U70kg and U78kg.

Dutch Kim Polling made her comeback after a tough injury and successfully claimed the title with a shashing ippon in the final against Iljana Marzok from Germany. A luxurious position for the Dutch coaches this year when all three ladies are fit. Linda Bolder who won the Grand Slam of Tokyo in December, now finished with bronze after her defeat in the semi final against her Dutch opponent.

Edith Bosch is Europe’s Champion U70kg and Olympic bronze medal. Only two judoka can go to the European Championships this year in Budapest, even more importantly to the World’s in Rio de Janeiro.

World Champion Audrey Tcheumeo won a gold medal U78kg. Her last victory was in June at the World Cup of Bucharest. In this division the Japanese competition was heavy but not of world level and defeated Mami Umeki (JPN) in the semi final and met with Ana Velensek in the final. The strong Slovenian Champion defeated two Japanese: Misaki Hidaka and Shiori Yoshimura. But the final against Tcheumeo was too much. Slovenia’s got an enormous potential in the women’s category and two silver medals and a bronze, in a strong field was the result of this weekend.

This category is at world level very strong world wide with Olympic Champion Kayla Harrison, Maya Aguiar (BRA) and strong competition from China, Mongolia and Japan. Not even mentioning the European competition that was absent here such as Gibbons, Joo and Verkerk.

The plus category was won by Sarah Asahina, the strong World Cadet Champion of 2011 who is still just 16 year and obviously the youngest winner this weekend. She is in the top 5 of oldest ever youngest winners at a World Cup level event.

In the final the rookie defeated Gulsah Kocaturk of Turkey in the final. Her compatriot Kaya won bronze as well as Germany’s Jasmin Kuelbs, who defeated Hashimoto for the third place.

Watch all photos of the event here: