SPECTATORS FLEW SIPOCZ TO EXCEL AT HIS DOORSTEP 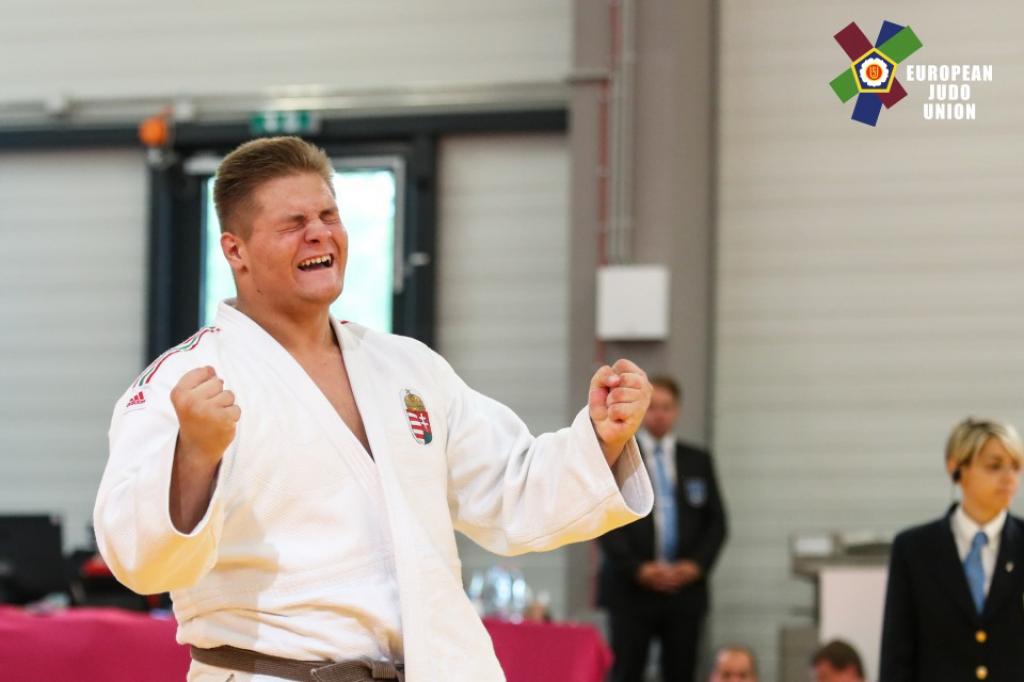 The final day of the individual tournaments at EYOF Gyor 2017 ended in style with the national anthem of Hungary. For this, we can thank to EYOF Gyor 2017 judo ambassador, home favourite and double Cadet European medallist, SIPOCZ Richard (HUN) who won gold in the +90 kg category; literally on his doorstep. Prior to that, the Georgian national anthem was played back to back as both, Mikheili BEKAURI (-90kg) and Sophio SOMKHISHVILI (+70kg) excelled within their own division. Viktoryia NOVIKAVA won the first EYOF 2017 judo gold for Belorussia when she excelled in the -70 kg category.

The Hungarian judoka, who was born and lives in the city of Gyor, earned EJU Player of the Day title on the last and final day of the individual tournaments. The 16-year-old judoka first faced Mikhail MAKHINIA (RUS). During this particular contest, the Hungarian judoka was rather exhausted. By the end of the clear contest time, a single penalty was hanging on the side of the Russian judoka, and it was not long into golden score when Sipocz managed to pressure Makhinia who picked up another, at that time, final penalty.

“I was certain that the Russian team is well prepared against me because Makhinia knew exactly how to block me out. I only won this fight by penalty and I have to say Makhinia was doing a really great job blocking me out so I think it is time for me to learn something new because very soon I will not have anything else left to throw with.”

During the first quarter-final of the +90 kg category the crowd saw Sipocz preparing against Vladlens JAROCKIS (LAT) where the Hungarian judoka secured to lead right away with a makikomi as he rolled the Latvian player in for waza-ari. To wrap up this particular race, Sipocz excelled with a harai-tsurikomi-goshi. Sipocz showed progress, and all worrying tiredness began to clear up. SIPOCZ Richard vs Levan TZHELIDZE (GEO) was on display of the screen when the first semi-final was called on amongst the heavy weights. To ensure the crowd, and the book a spot in the final, the young judoka [Sipocz] stunned Tzhelidze for waza-ari by koshi-guruma which was immediately continued into oseikomi.

“Before the final, we agreed with my coach to focus on the fight and try to block out all spectators. It was quite difficult because I had huge support but I did my best to focus during the contest; and after the fight the crowd was really overwhelming.”

Wojciech KORDYALIK (POL) was the last test of the day for the Hungarian. Both athletes were pacing themselves during the first minute of the final contest. Moving into the second minutes, as the referee called ‘hajime’, Sipocz pulled Kordyalik sleeve across an followed it up with and astonishing de-ashi-barai to shock his Polish opponent. “IPPON!” – screamed by all spectators with joyful tears rolling down on the majority of the faces.

“I was focusing on two throws. I wasn’t sure when but I was prepared to implement my ashi-waza because today we were actually talking about the fact that I haven’t tried it for a long time, so it was part of the plan, but of course, this is not a fairy-tale neither a wish-show. This ashi-waza came on the right time and it was important.”

“It was an absolutely amazing feeling to compete in Hungary and it gave me loads of positive impact. To win here [at home] is really an amazing feeling. I was really overwhelmed and I think you could see that on the mat. I don’t normally celebrate myself but it just broke out of me today as I was really happy.” 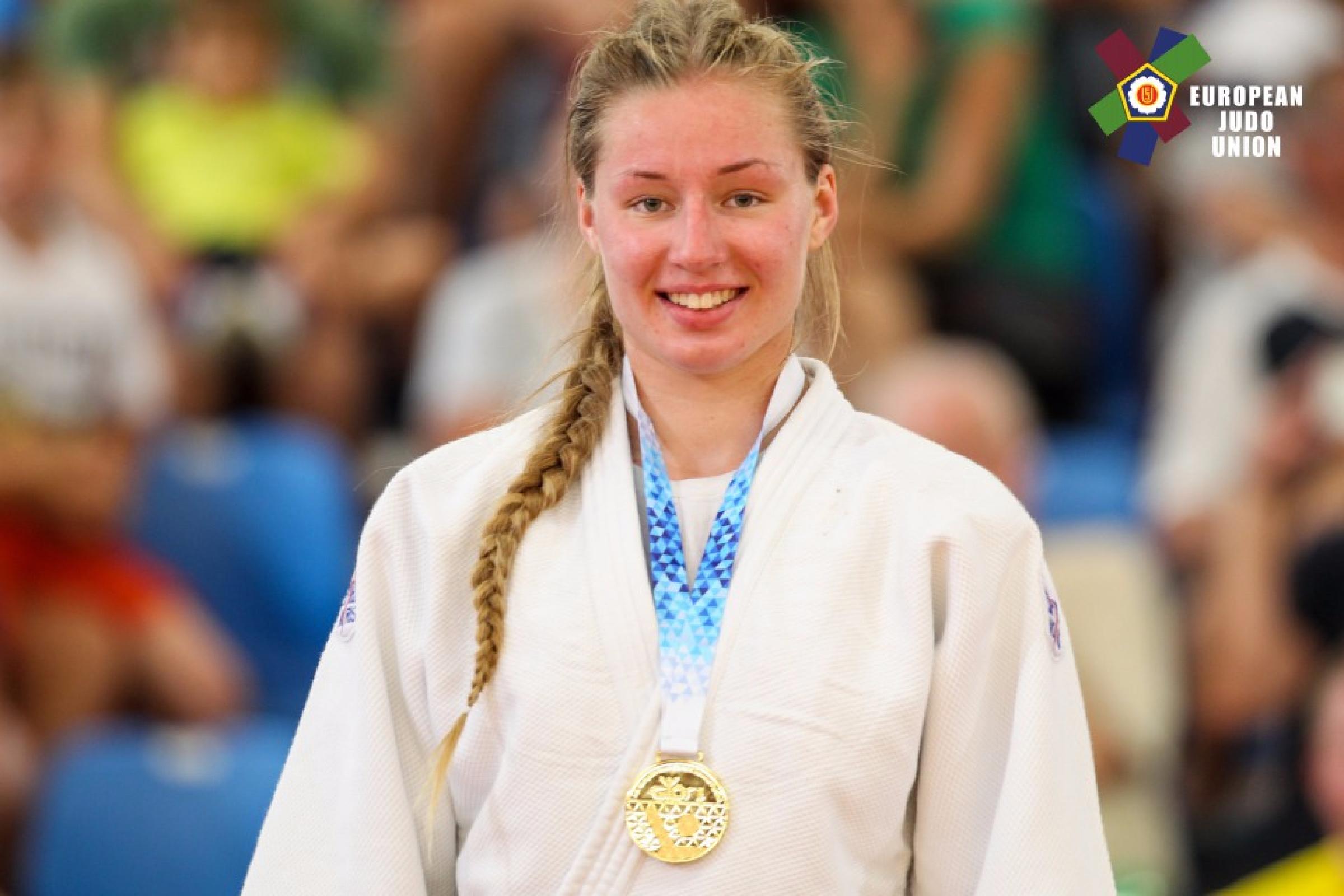 Viktoryia NOVIKAVA (BLR), winner of the -70 kg category: “I was dreaming to win gold today, I needed to be sure that I won’t make any mistakes like I made in Kaunas [2017 Cadet European Judo Championships]. The most difficult fight today was against Inbar Lanir form Israel. I already lost against her at another event and I wasn’t sure if I could beat her today. It was 50-50, but I did it.“ – Gabi Juan 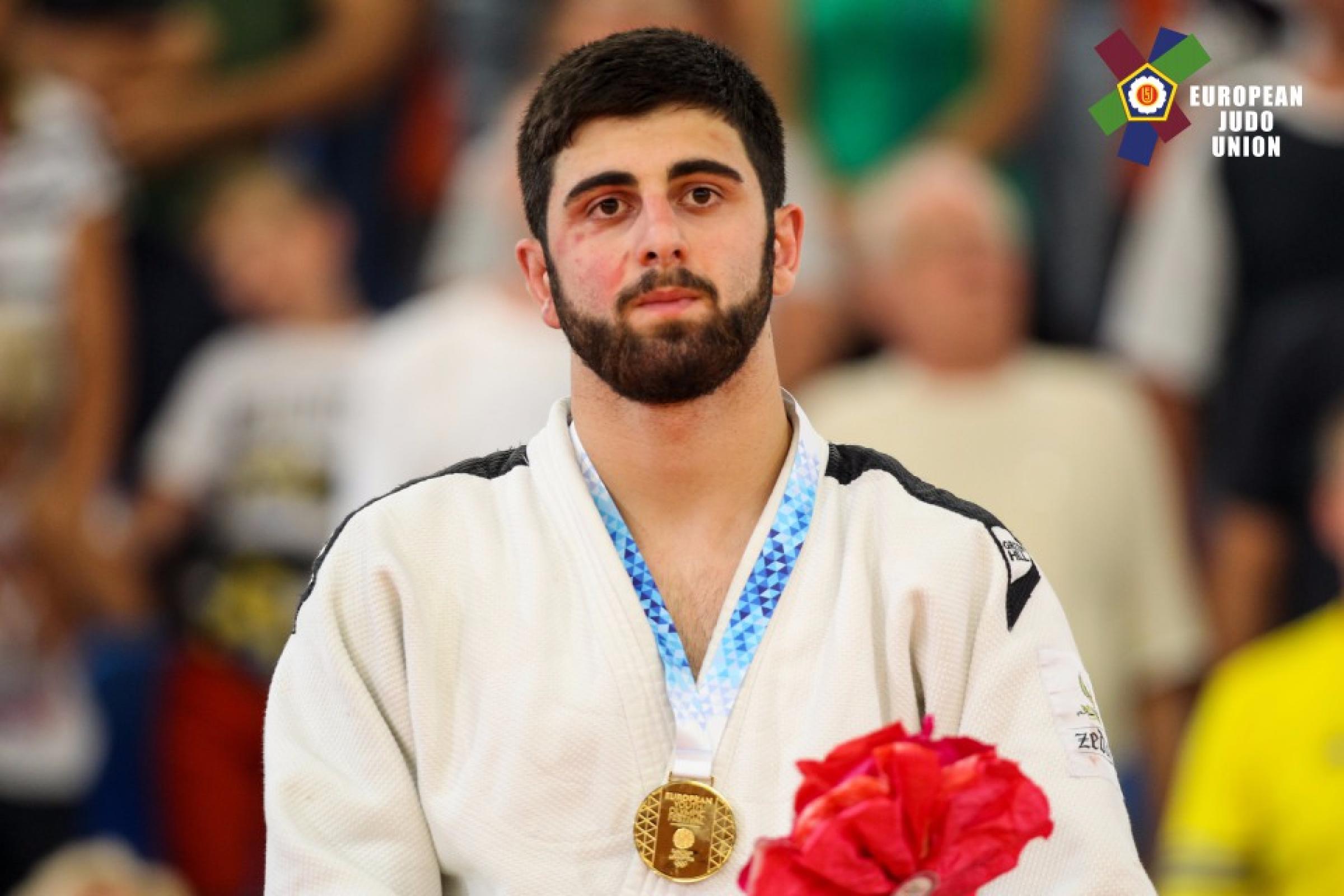 Mikheili BEKAURI (GEO), winner of the -90 kg category: “I had a really hard fight against my opponent from Azerbaijan [Adil Karimli]. I wouldn’t say that I had any pressure just because my team did a good performance so far. For example, some of my team mates also came for gold but they lost for gold and took silver and bronze; but it is judo, it happens.“ – Gabi Juan 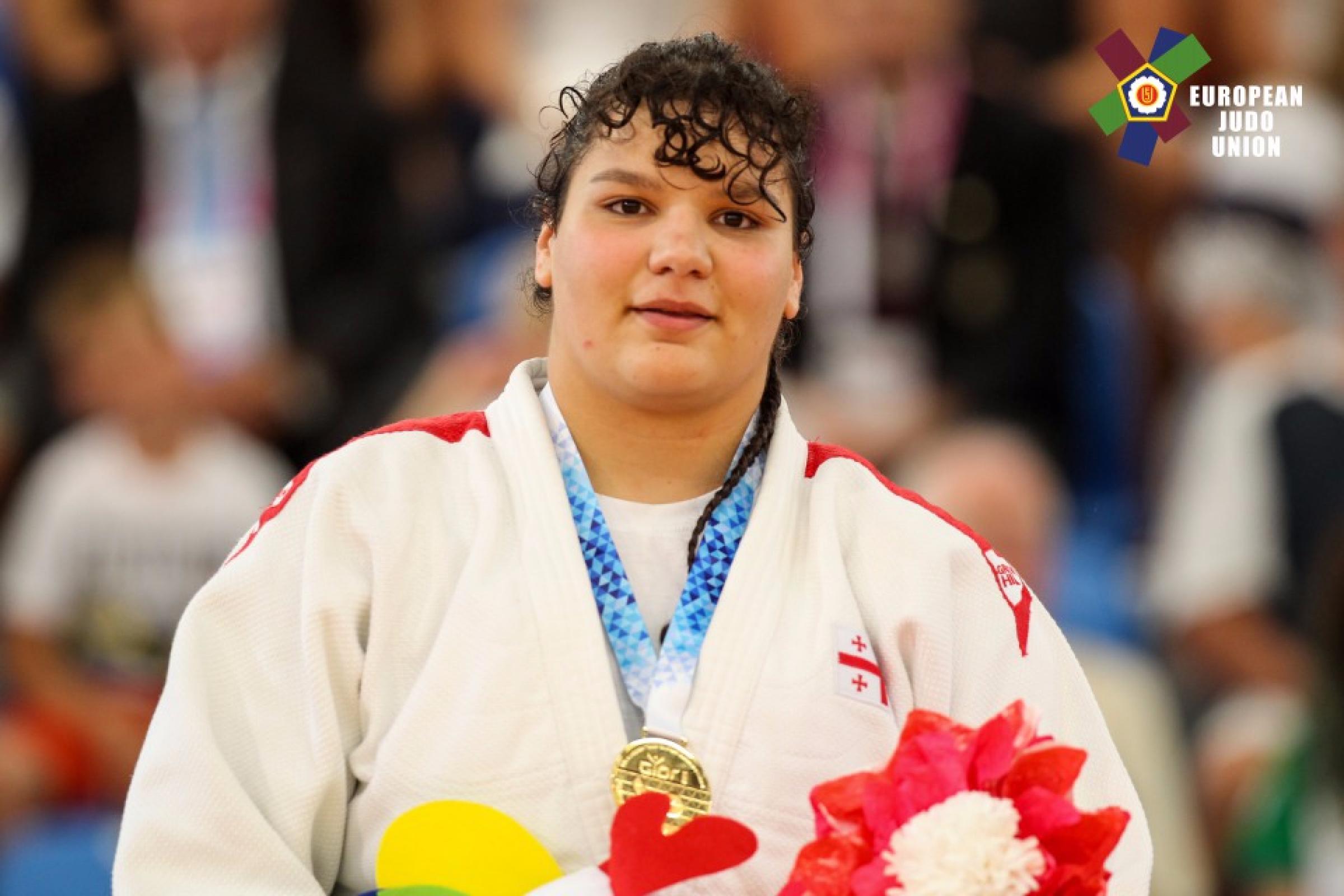 Sophio SOMKHISHVILI (GEO), winner of the +70 kg category: “After I won the Cadet European I immediately switched my thoughts to the European Youth Olympic Festival. I wanted to win gold here and I did it. I had a little pain on my neck and my legs but now I don’t remember any of that, I am too overwhelmed. I had many injuries since the Cadet Europeans and I had problems with preparing to this competitions because of these injuries but I managed to win here and that is the most important.“ – Gabi Juan 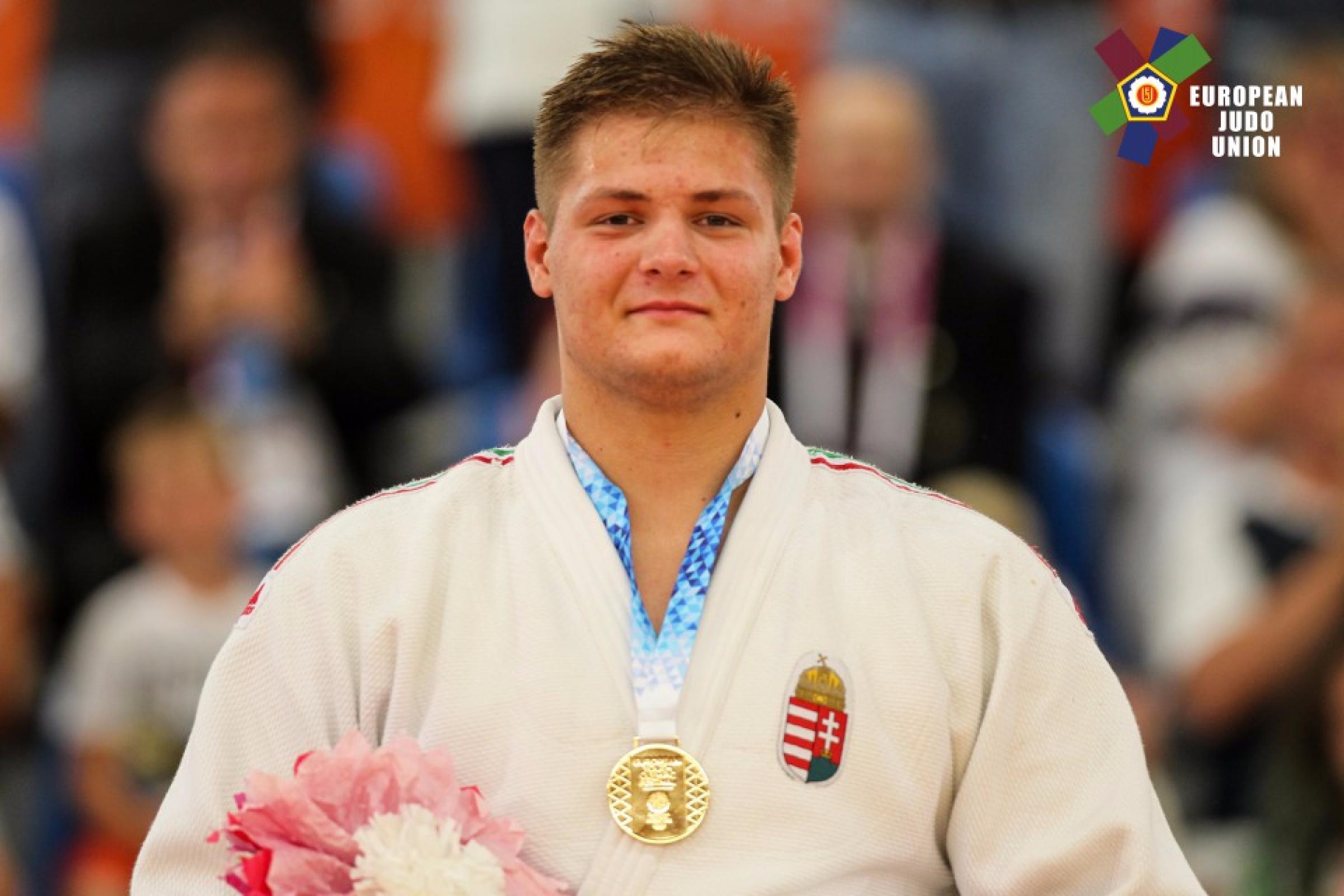 SIPOCZ Richard, winner of the +90 kg category: “It was an absolutely amazing feeling to compete in Hungary and it gave me loads of positive impact. To win here [at home] is really an amazing feeling. I was really overwhelmed and I think you could see that on the mat. I don’t normally celebrate myself but it just broke out of me today as I was really happy.” – Gabi Juan

It was not only the city of Gyor, friends and family at the Olympic Sport Park but Hungary’s one and only judo Olympic Champion, Kovacs Antal, was also at present to support the young Hungarian athlete.

“I heard that he [Kovacs Antal] was going to come to the competition today. Although, he only arrived for the final block, I was really happy that he came. Nobody ever managed to compete with what he has done for judo for our nation. I am so proud and overwhelmed that he came along today to watch me competing.”

What is next for Sipocz Richard?

“We have the team event tomorrow, so ideally I would like to rest now and get ready for tomorrow but in regards to longer terms, on the 6th, we are going to Chile for the Cadet World Championships and I would like to deliver similar performance. The line-up will be much harder there [in Chile] but I will try my best to pull myself together for that tournament as well.” 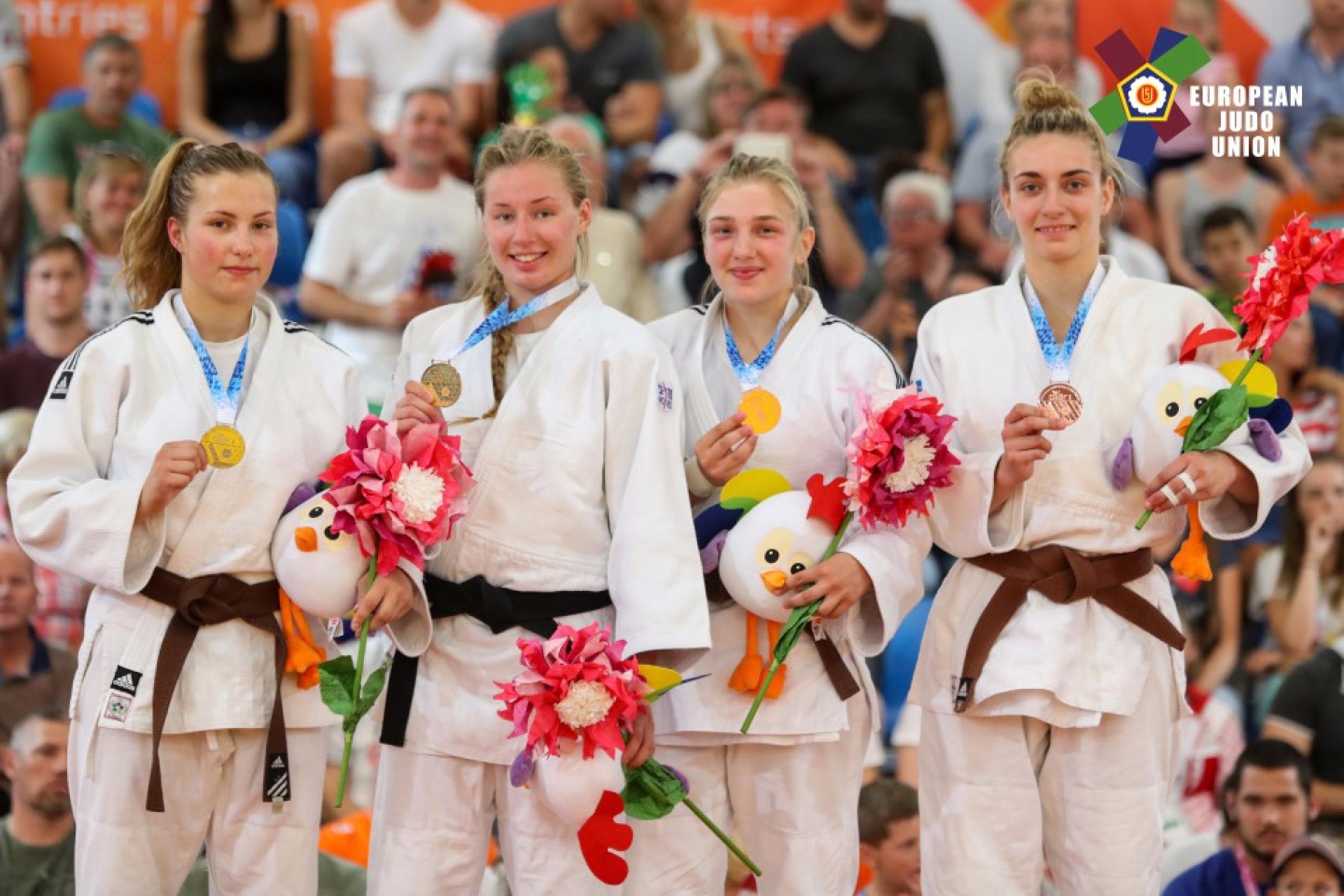 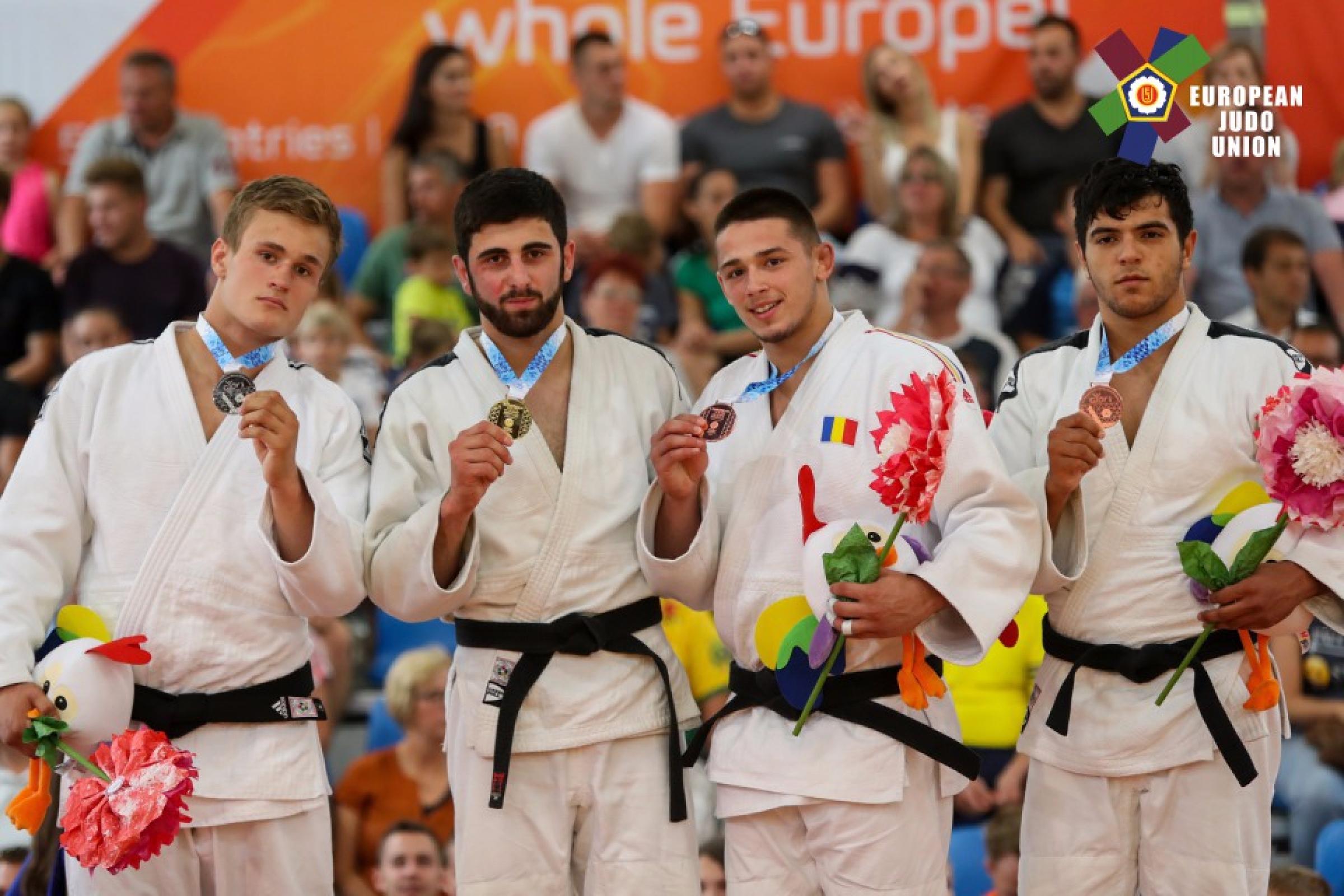 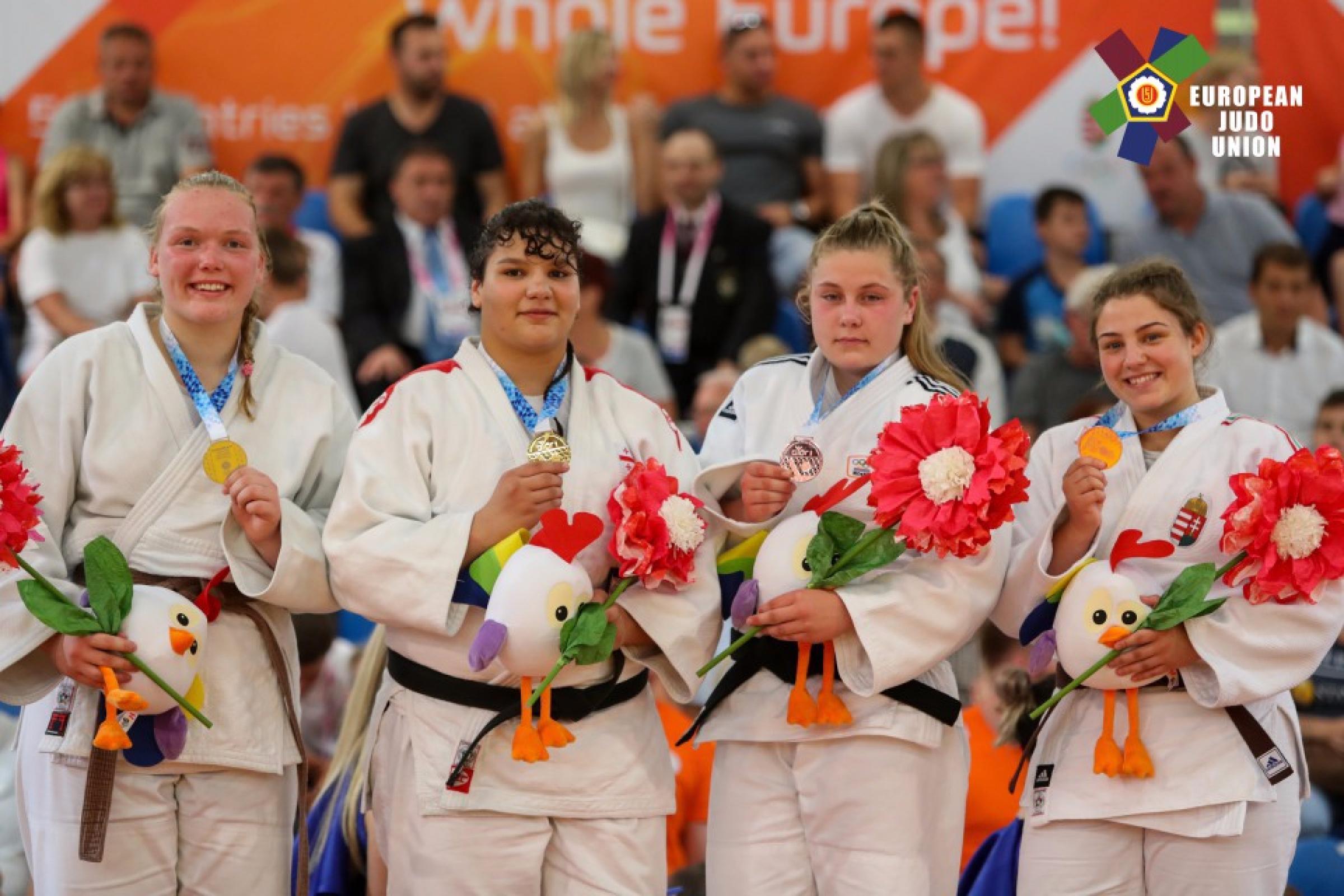 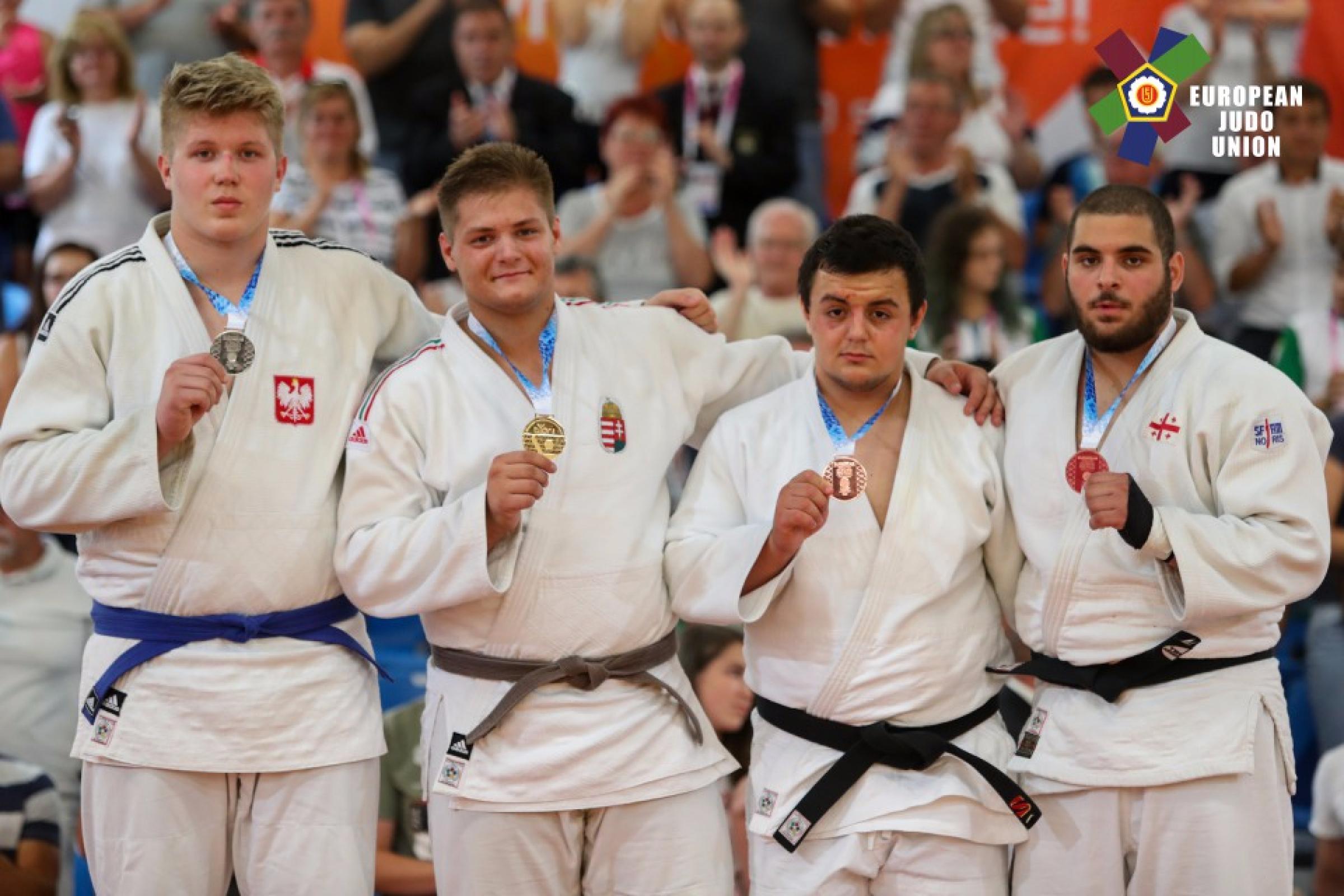