Sport and Culture at the kata World Championship in Pordenone 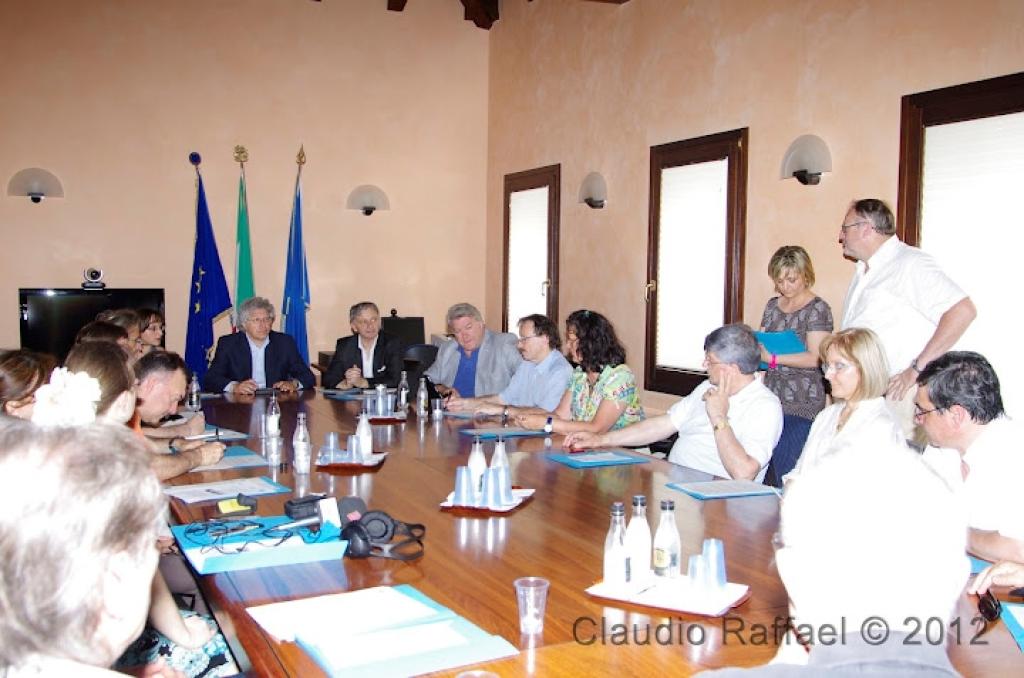 This can explain how sport, tourism and culture can be mixed together giving a new look to a high level event such as the kata world championship that will take place in Pordenone form 20 to 23 September 2012.

This is the main point that has come out during the press conference, that was set in the palace of the region, that introduced the event.
The event organized by FIJLKAM (Italian Judo Federation), will see the collaboration of the Villanova Sport Centre, of Judo Club Tarcento, and obviously, the Region, the city of Pordenone, the Chamber of Commerce and Coni.

The past three editions of the kata world championship, have seen the supremacy of Japan. In Pordenone there will be 32 nations coming from 5 continents.

During the two “fighting” days, the champions will contend for the gold medal in the 5 katas. Japan champions, will “fight” against Italians that have already shown their good knowledge of kata, besides we will see French and Iranian champions.

Special guest will be Marius Vizer, president of the world federation together with Franco Cappelleti, his vice in Europe and responsible for the kata section in the world.
Important to remark are two cultural appointments: in fact during the well-known “Pordenonelegge.it” it will be introduced a book about judo drawn by Naoki Murata, 7. Dan Sensei and receiver of the Kodokan Judo and Library; while the showing spaces of the municipality of Pordenone will host a photography exhibition entitled “ the Patrimony of UNESCO in Japan.”