Sraka flies the flag for Europe at Mongolian World Cup 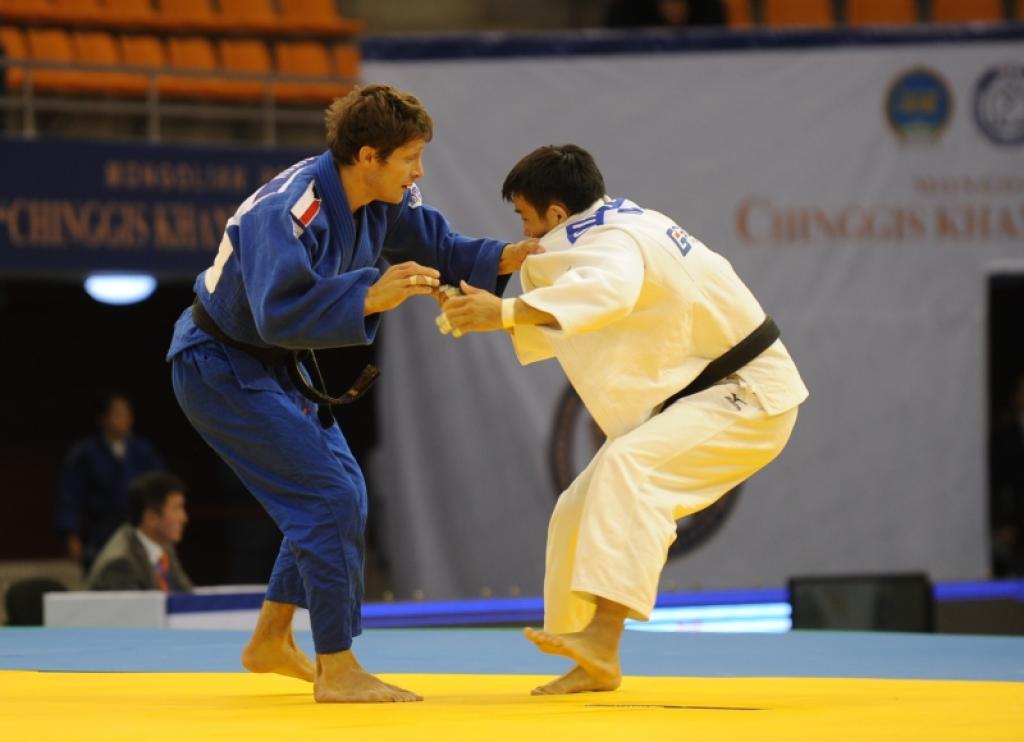 It’s a long trek out to Ulaanbaatar and no visit to Mongolia is ever going to be easy. And so it proved last weekend as Mongolia’s best, made light work of the visiting teams winning an impressive 9 of the 14 gold medals. Among the men putting in credible performances were Russia’s Kirill Voprosov U90kg and Andrei Volkov who fell at the final hurdle both ending up with silver medals. Somewhat surprisingly Pavel Petrikov U60kg CZE and Kamal Khan-Magomedov U66kg RUS missed out on the medals.
Despite Ukranians Natalia Smal U70kg and Victoria Turks U78kg managing to make their respective finals only Slovenia’s Rasa Sraka proved capable of breaking the Mongolia/South Korea gold medal monopoly. Sraka wears her heart on her sleeve and can be overly self critical at times. Her incredible desire to succeed is so intense that it must certainly be detrimental to her concentration. But here in Ulaanbaatar she showed the crowd, if perhaps not herself, that she was worth her position as the tournament’s number one seed defeating Natalia Smal with style in the final. In her post match interview held mat side immediately after the final, Sraka was, in typical fashion, already playing down her eighth podium finish during the current Olympic qualification period.

The results speak for themselves and, as a world bronze and European silver medalist, Sraka should be taking comfort in the knowledge that she is one of the most successful in her weight category. Staying fit and maintaining form should see give her an all important seeded spot in London offering her the best chance of standing on the podium at an Olympic Games, a dream that really is not that far from becoming reality.

Although Europe just won one gold medal, less than the two in previous two editions, the European did manage to win 13 medals, four more than last year.