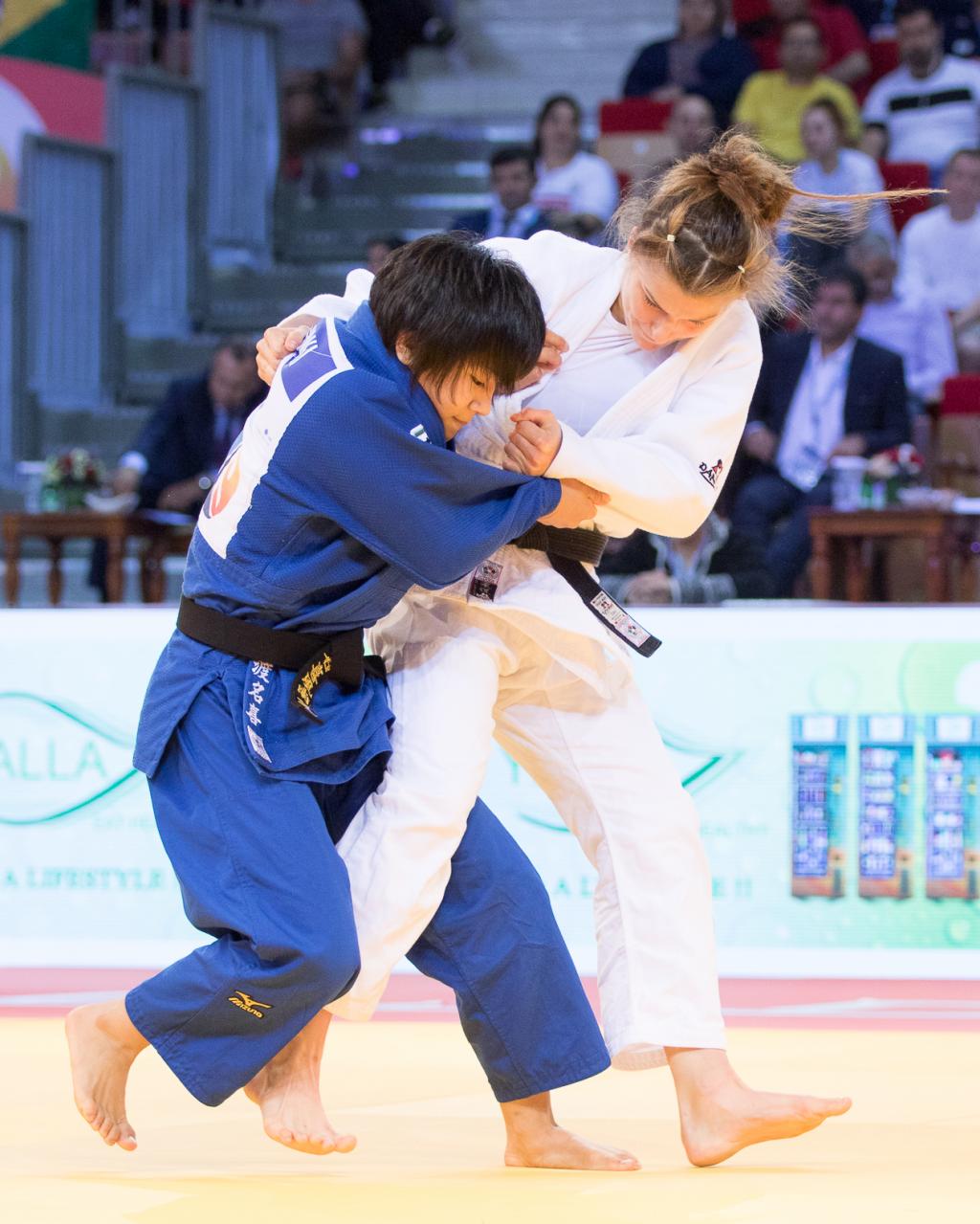 The opening day of competition at the Junior World Championships being staged in Abu Dhabi saw 17 year-old Marusa STANGAR (SLO) take the silver medal in the -48kg category. After a first-round bye, Stangar’s first contest was against Marie BESSON (CAN), the Canadian initially taking the lead by throwing Stangar with ko uchi gake for yuko. However, the ensuing newaza exchange saw Stangar had the better position and was able to secure mune gatame for ippon. In the third round Stangar’s opponent was Diyora KELDIYOROVA (UZB) and, as with her opening contest, Stangar fell behind early by yuko, this time thrown with right-sided sode tsurikomi goshi. The Uzbek caught Stangar twice more with the same technique before Stangar was able to use her prowess in newaza to secure kamishio gatame for ippon and move into the quarter final.

Despite having made her way to the quarter final with two ippon wins, Stangar was looking vulnerable in tachi waza and next faced Anais MOSDIER (FRA) who had racked up four scores in her two contests. Stangar had defeated Mosdier at the same stage on her way to the Cadet European title in Sofia a little over three months ago. But, in what turned out to be an uneventful battle, neither fighter could come up with a positive score in normal time. In golden score it was Mosdier who, having made a false attack, was given a shido that saw Stangar progress to the semi final.

Stangar had come into the championships as number four seed and next faced the unseeded TSUNEMI Mikoto (JPN). The Japanese fighter had won all three of contests by ippon and looked particularly strong in newaza. Tsunemi attacked Stangar strongly with right o uchi gari and as Stangar stepped back to avoid Tsunemi attack the Slovenian instinctively countered with her own de ashi barai and brought the Japanese crashing to her back for ippon.

In the final Stangar faced the second of the two Japanese fighters in this weight category this time the 20 year-old TONAKI Funa who has already featured on the senior IJF World Judo Tour. Tonaki caught Stangar off balance and threw her with te waza for yuko then moved smoothly into kuzure kamishio gatame for ippon.

It was a fine effort from Stangar who is developing quickly into a useful and promising lightweight for Slovenia and will undoubtedly be representing Slovenia at senior level in the not too distant future.