Steenhuis strikes back and takes gold for The Netherlands 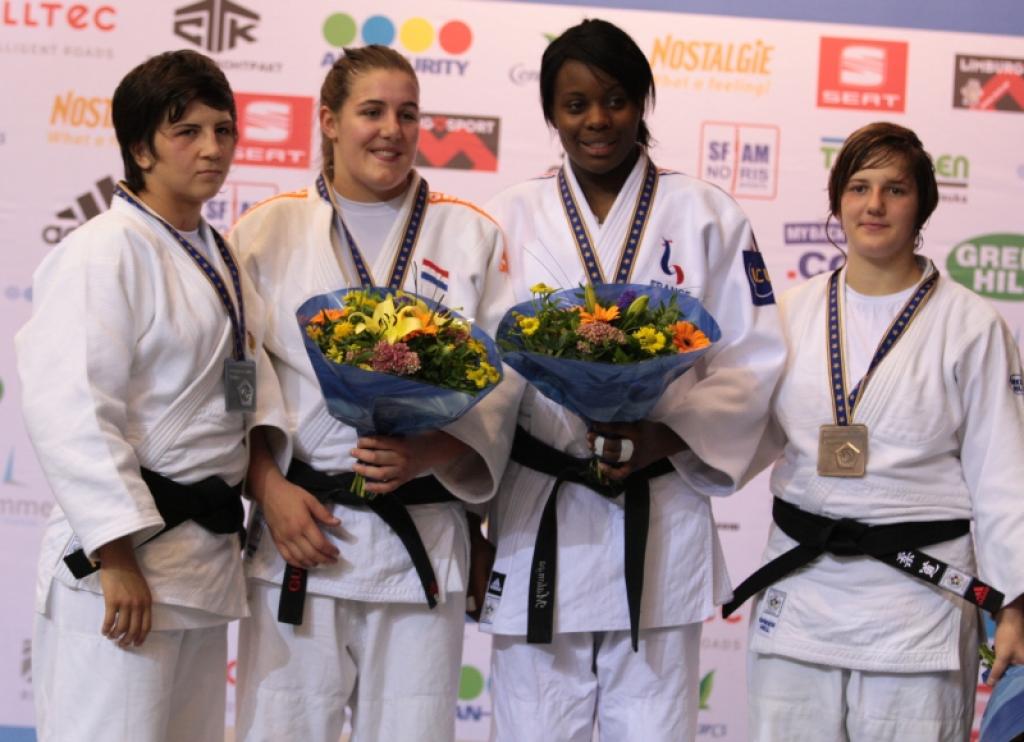 Finally a gold medal for The Netherlands when Guusje Steenhuis won gold in the women’s U78kg European final.
Her opponent was the strong Russian Champion Alena Prokopenko. Guusje Steenhuis, coached by 2000 Olympic Champion Mark Huizinga had better chances in the match but couldn’t score.

Prokopenko had already won three silver medals this season at the European Cups, losing the finals in Leibnitz, Cetniewo and Prague but couldn’t convince to improve to golden level.

Both opponents are 18 years and were equal as well in the first three minutes. From that moment Steenhuis took more initiative and almost scored a yuko. But 30 seconds before the end she took revenge for her silver medal of last year’s European final, when she lost to Tereza Dzhurova (BUL). Steenhuis threw Prokopenko for ippon and took Holland’s first gold medal of the tournament. Yesterday The Netherlands lost three women’s finals so Steenhuis took the only chance for her country to win this battle.
In the final of the 2011 European Cup in St. Petersburg Steenhuis lost to Prokopenko when Steenhuis still suffered an injury.

Slovenian Urska Gracner was able to defeat Sarah Mairhofer (AUT) in the match for the bronze medal. Gracner lost her semi final against the later winner Steenhuis.

Karen Stevenson, another successful Dutch fighter, couldn’t deal with the skills of Madeleine Malonga (FRA) in her fight for the bronze. Despite heavy attacks of Stevenson it was Malonga who dominated the match from the start and decided the heavy match by waza-ari and yuko.