Strong judoka participate at European Cup U20 in Lyon 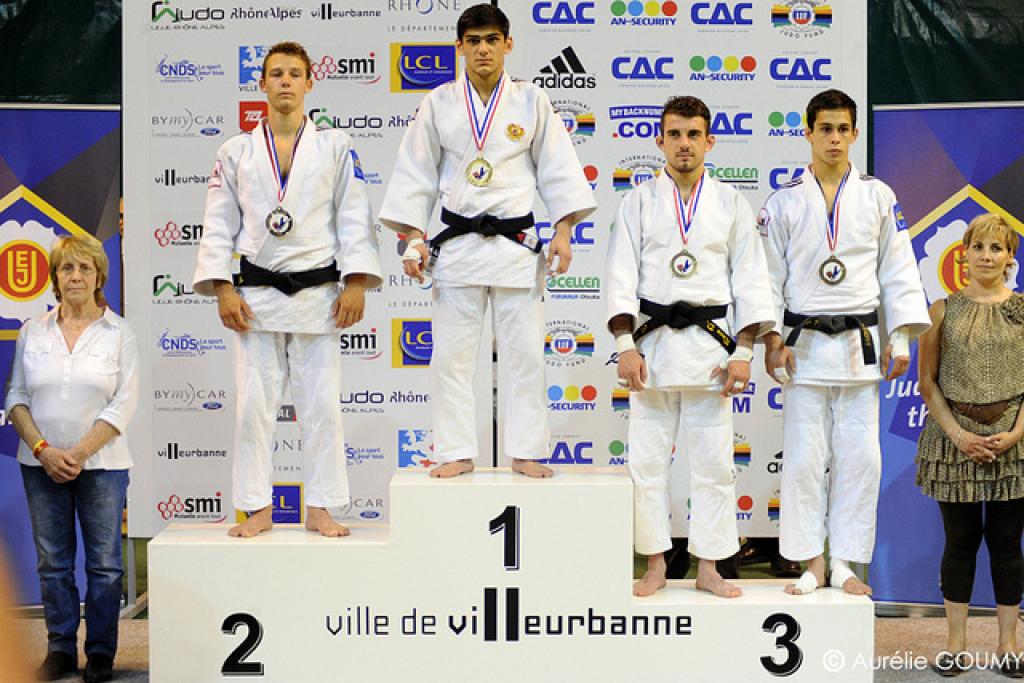 In the women’s category 17-year old Ruth Barna (ROU) won the U44kg category, she’s the vice World Champion of last year. In the final she defeated Tawani Silva of Brazil.
Noelle Grandjean (FRA) defeated strong Borislava Damyanova (BUL) but both ended with bronze. Barna was the youngest winner in Lyon.

Gabriela Chibana of Brazil won U48kg. In her final she defeated French Amandine Buchard. Excepted for Chibana the top 8 was French.

Romania won their second gold medal by Alexandra Florian who won U52kg. Florian was able to defeat Laura Prince of The Netherlands. They formed a strong podium with Sappho Coban (GER) and Oceane Richard Boucey.
Treicy Etiennar won the category U57kg. In the final she defeated Fabienne Kocher (SUI) who recently won the European Cups in Coimbra and Tartu. Etiennar is the number two of her nation, but this time she was ranked higher than national champ Laury Posvite, who finished third after an early loss against Brauniger (GER).

Adrien Quertinmont was the only non-French at stage of U55kg. He was accompanied by three French, among them the winner Aurelien Claux, the double French Junior Champion.

World Junior Champion Sakhavat Gadzhiev won the category U60kg in Lyon. In the final the Russian defeated Robin Corrado of France. Gadzhiev beat his compatriot and runner up of the World U17 Championships Eldar Gazimagomedov in the semi final. However Gazimagomedov lost his bout for bronze against Kevin Azema (FRA).

Franck Vernez won the category U666kg in his final against Ramazan Kodzhakov, another Russian. Kodzhakov won his first U20 European Cup medal. Same counted for Vernez who received the gold. Steffen Hoffmann (GER) and Junior Degen (NED) won the bronze medal. Hoffmann against his compatriot Philipp, Degen vs. his Dutch compatriot Bakkes.

Another French gold medal was claimed by Mathieu Little. He defeated Russian Champion Arbi Khamkhoev in the fina. Little was the only French on stage between three Russians. In the semi final he defeated Denis Kalinin who won bronze.