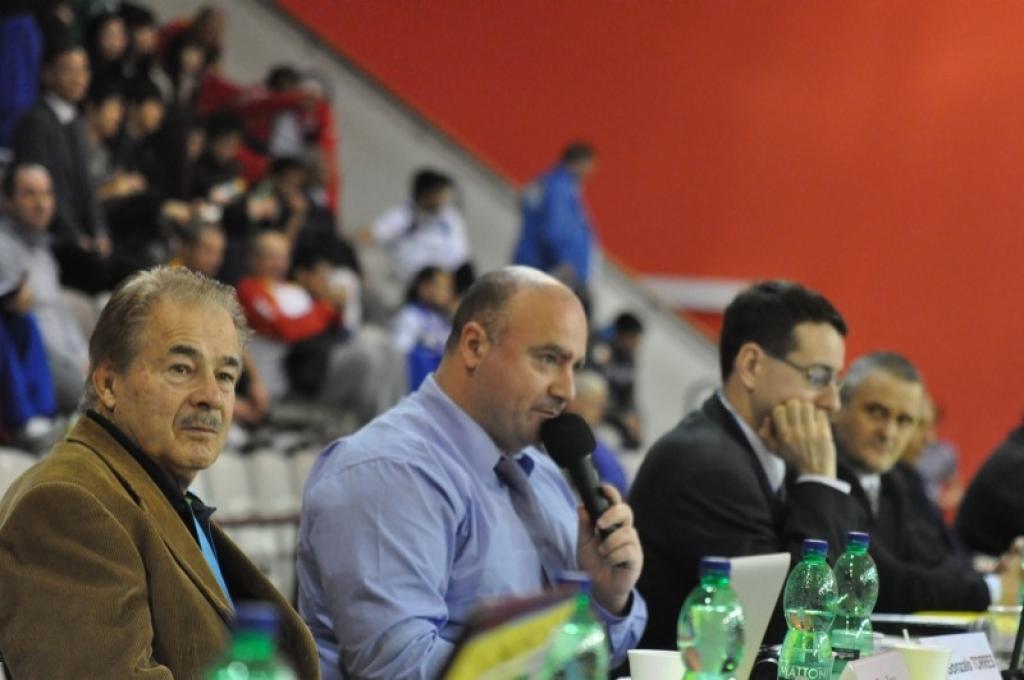 220 Athletes from 35 countries have inscribed for the SFJAM Noris European Open Women Prague 2013. The tournament will be held this weekend. Although the number of participants is lower than during the last year’s mens World Cup, the interest in the Prague tournament is very high.

A lot of strong teams will take part in the tournament and  the organizers hope to see a lot of interesting matches between the experienced and the new athletes. Some of the athletes in the Prague Open have participated in the previous tournaments in Europe. Altheman of Brazil won +78 category last weekend in Dusseldorf but she will face Kocaturk and Kaya of Turkey who reached the podium in Sofia Open in January.

The most successful female athlete in the history of the Prague tournament is Radka Coufalova-Stusakova of the Czech Republic winning 4 gold, 1 silver and 1 bronze. Radka won her first Prague title in 1993 at the age of 20. She added other gold medals to her collection in 1994, 1995 and 1997. In 1998 she finished  second and in 2001 she won a bronze medal. She will be among the guests and watch the performance of the Czech judoka. She hopes that some of her compatriots will add a medal to the collection of the Czech judo.

Together with the crowd she expects the most from Eiglova (U70) and Patockova (U63).

“Eiglova worked quite hard in winter and I was satisfied with her training” national Czech coach Petr Lacina says. “She has reduced her weight and fights in -70 this year. However she has not showed her best in Sofia and Oberwarth. I hope she will improve her judo in Prague and confirm her nomination for the European Championships.”

“Nor Tereza Patockova in U63 has confirmed her promising results from the last year. However she trained hard after Oberwarth and her form could culminated in Prague”, adds Lacina. Tereza will probably be the most supported athlete by the crowd because her home dojo is only a couple of tram stations far from the Sports hall. In this category (U63)  the most promising Czech cadet Sabina Merklova will fight for the first time with the world´s best. “I won the European Cadet Cup last year, but I am very well aware of the fact that the level of Prague Open is much higher”, says Sabina. “My target this year is the Cadet World Championships and Prague Open will a very valuable lesson for me”.

Silver medallist of the London Olympics Corina Caprioriu of Romania is the hottest favourite U57kg despite of her loss in Dusseldorf. But bronze medallist from London Priscilla Gneto (U52kg) will be fighting in Prague, also U57kg. Four years ago, just after the 2008 Olympics, Prague witnessed an outstanding final match between then reigning and future Olympic champions. The 2009 Prague tournament final between Tanimoto of Japan and Zolnir of Slovenia in -63kg category was one of the most memorable moments in the Prague tournament history.  A possible final between Caprioriu and Gneto could be another unforgettable match.

Chitu (U52) of Romania won silver in Dusseldorf but the former European Champion Penelope Bonna of France will surely want to win her place for Budapest because the competition in the French team is very tight. The U52 category will be perhaps the toughest because the number of the athletes (39) inscribed in this category is the biggest in Prague.

Young fighters have registered U48kg. The Turkish athletes seemed to be strong with Sumeyye Akkus and European U20 and U23 Champion Dilara Lokmanhekim. She became Champion U23 in Prague and has good memories. Many youngsters in this category with an verage age of not even 22.

EJU President Sergey Soloveychik will be among the guest and watch the competition in the capital of the Czech Republic.

Get an impression of the event HERE;