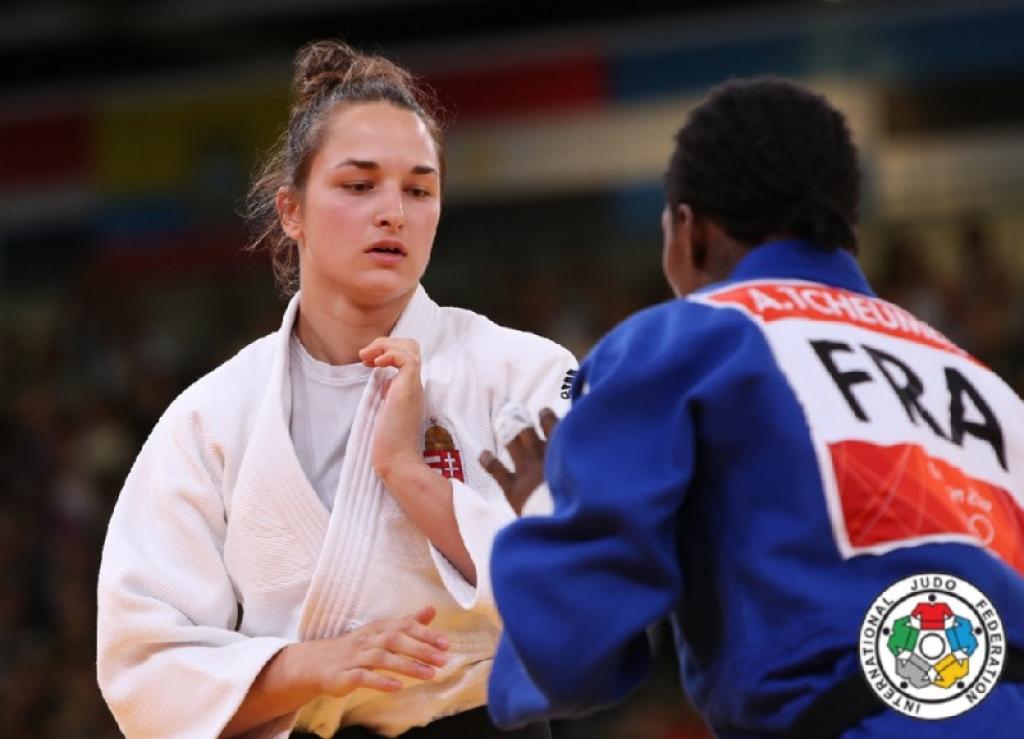 At the official draw of the adidas European Championships in Budapest a strong field of 361 from 44 nations were mixed in the draw. In the category U48kg a strong team from Belgium with number one ranked Charline van Snick and strong rival Amelie Rosseneu will fight for a gold medal. After the retired 8-times European Champion Alina Dumitru a new era is starting although Van Snick seems to be a big favourite as well as Bronze Olympic medallist Eva Csernoviczki from Hungary.

In the category U57kg Automne Pavia is the world ranking leader. In total 9 world ranking leaders are from Europe and the tall French is the number one favourite. However with the likes of Telma Monteiro, the reigning European Champion and strong Olympic finallist Corina Caprioriu we can say that this category is really strong. The Austrians Filzmoser and Zeltner are close together in one Pool.

Maybe the strongest weight category is U63kg with Clarisse Agbegnenou and her Dutch rival Anicka van Emden. In this moment nobody was able to stop Agbegnenou. Unterwurzacher and Trstenjak will have to face another favourite in Yarden Gerbi from Israel.

The undisputed new queen U70kg is Kim Polling. The Dutch destroyed Olympic Champ Lucie Decosse in Paris but can she deal with her role as a favourite? So far her uncomplex lifestyle is in her advance but she will have to face other rivals such as Vargas-Koch and GP Tokyo winner Linda Bolder (NED), but both are the other side.

Many Hungarians look forward to the category U78kg with reigning European Champion Abigel Joo, but also with World Champion Audrey Tcheumeo. Lucie Louette is an outsider.

The plus category Andeol of France seems to be strong but the experienced Polavder can perhaps stunt for the first time this season for Slovenia. The Turks have strong judoka in Kaya and Kocaturk.