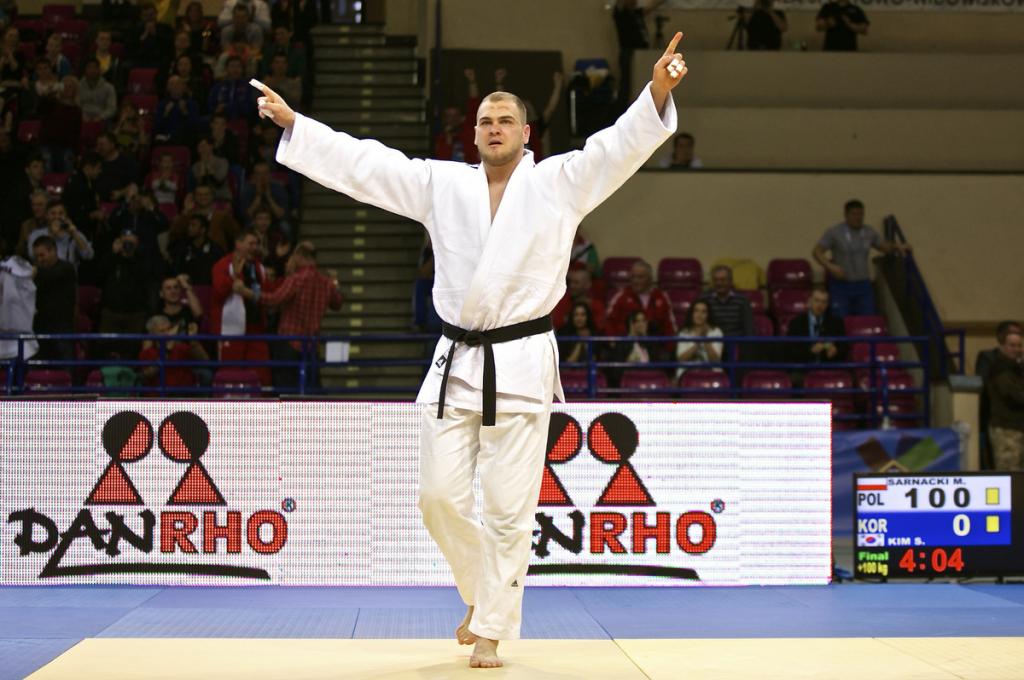 After an opening day where hosts Poland were unable to take a medal Maciej Sarnacki POL crowned the final day with a gold medal winning performance that sent the fans home happy. In defeating Kim Sung Min KOR in the final (with ko soto gake for ippon) it was the Polish heavyweight and number 4 seed who took matters into his own hands and ended things in style. Sarnacki began his day with a first round bye before defeating Russia’s Atrur Khaptsev in the second round. This set up a quarter final with junior world champion Ulziibayar Duurenbayar MGL whom Sarnacki defeated by ippon. In the semi final Feyyaz Yazici was also defeated by ippon. “I admit that it was in my mind this morning that we [Poland] wanted a medal. Of course I was delighted when Jakub Kubieniec (-81kg) and Patryk Ciechomski (-90kg) won their bronze medals. But I still felt that the crowd wanted a gold and I was determined that I would get it for them,” said Sarnacki. The 28 year old Polish fighter added “I am good friends with Kim and we had fought once before in Jeju at the Grand Prix. I had a knee injury at that time and I lost the contest.”

There was also a gold medal for Russia’s Mikhail Kosyashnikov in the -100kg category when in the final he defeated Brazil’s Rafael Buzacarini. Coming into the competition ranked a lowly 105 on the IJF World Ranking List Kosyashnikov showed skills way above that place. “I knew who I would be facing today and I was confident that I could compete well against my opponents. I was nervous in the final and I know that showed in my judo. But in the end I won and I want to thank the audience in Warsaw for their support. This win will definitely help to get me greater exposure in Russia where there are several people ahead of me in my category,” said Kosyashnikov.

Here are all results from the EJOpen Warsaw!