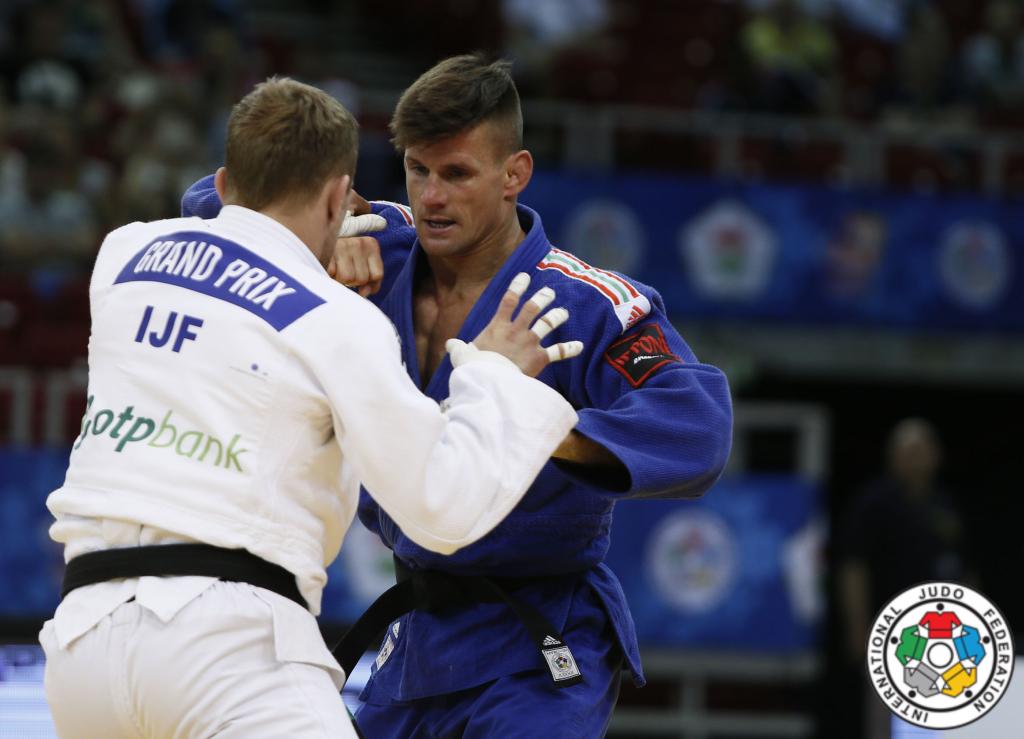 Competing at home brings plenty of benefits, not least of all the opportunity for one’s friends and family to attend. UNGVARI Miklos HUN comes from a large family, so it was little surprise that they were on hand to watch his triumph on the opening day of the Budapest Grand Prix. In his first contest Ungvari faced Jan GOSIEWSKI GBR. The pair had not fought before and UNGVARI appeared tentative in the early stages. “I had been on with GOSIEWSKI two or three times at training camps but it really is different in competition. He [Gosiewski] moves really well and has got nice techniques so I was cautious. But I managed to catch him with ko uchi gari and I felt settled after this,” said Ungvari. Diego Sanchez MONDACA ESP was Ungvari’s second opponent against whom the Hungarian used a neat shime waza to score ippon. This brought about a quarter-final contest against Sweden’s Tommy MACIAS. “I found MACIAS to be a very unorthodox opponent and could not put my plan into operation. I was frustrated and began to collect penalties until finally, I was able to throw him with a harai goshi, ko uchi gari combination,” said UNGVARI. The semi final saw number two seed, Dirk VAN TICHELT BEL, up against number three, UNGVARI. “I had fought him memorably in the final of the Miami Grand Prix in 2013. There he threw me in the last minute,” he said. But a packed crowd, one that included a whopping ten members of his family, was behind the Hungarian today and they helped to propel him to the final.

Number one seed Rok DRAKSIC SLO was his opponent in the final. They had fought six times previously and the score stood at 3-3. Five of their previous contests had taken place in the under -66kg and their last meeting, at the Tokyo Grand Slam in 2014, had ended with a win for UNGVARI. Budapest, however, proved too big a hurdle for DRAKSIC and the crowd brought out the best in UNGVARI. He pressed and pushed the busy Slovenian until he caught him in newaza where he applied his specialist shime waza to take the gold medal. When asked what was next for him, UNGVARI replied “I’m doing a fun run for charity tomorrow! But I hope to be back at the venue in time to see my brother fight.”