Success for Holland and Ukraine in Minsk 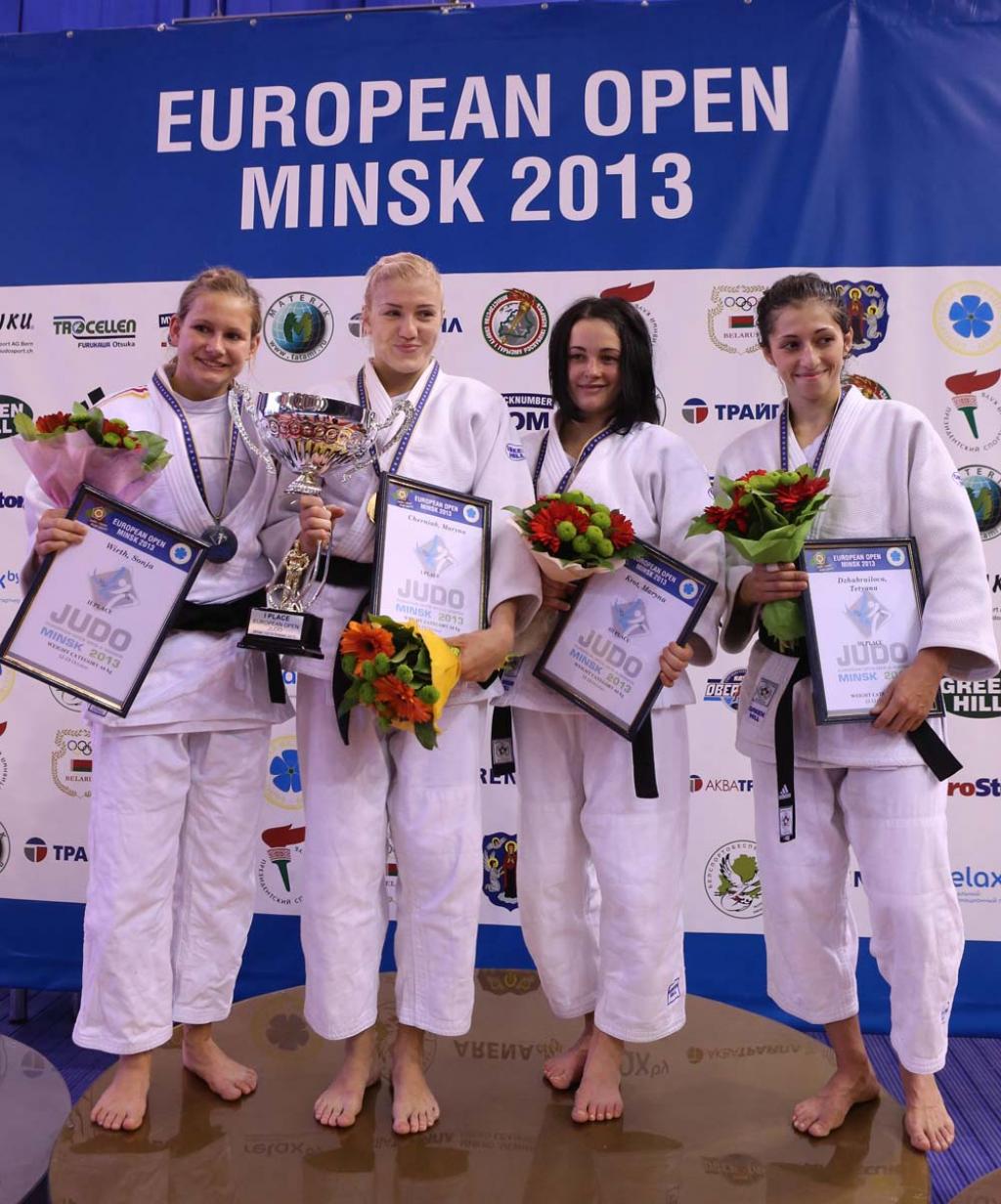 The Netherlands and The Ukraine have won two gold medals at the first day of the European Cup in Minsk.

This edition is for both men as women. The Ukraine won 8 medals in total and has the biggest delegation in Minsk among the 210 participants. The first gold for the men was for Ukrainian fighter Mykola Sayenko. He defeated his compatriot Ashot Balabyekyan U60kg. For both men it was their first World Tour medal. Laszlo Burjan (HUN) won his sixth and Tobias Englmaier (GER) won his seventh World tour meda in his career, bronze for him. The Ukraine was close to another gold medal in the men’s division but Abdula Abulzhalilov of Russia prevented Kyrylo Melnychenko from winning U66kg. Tal Flicker of Israel won bronze as well as a Sebastian Seidl who won the second bronze for Germany. Israel was successful though in the category U73kg. Sagi Muki won his third European Open title, again in East Europe. Previously he was successful in Tbilisi and Tallinn, all in 2013. Pierre Duprat won the silver medal accompanied on the stage by Andrea Regis (ITA) and Christopher Voelk, who won another medal in one month, and Germany’s third. In the women’s division Ukrainian continued with success, the Ukrainian women claimed the first three medals in the first category of the day U48kg. Maryna Chernyak defeated Sonja Wirth (GER) and won her second ever World Cup. In the next two categories the Dutch women did good business. The Netherlands sent one of the biggest delegations and claimed the title U52kg. Birgit Ente won her first ever World Ranking tournament in her career despite her 7 previous medals. Today’s medal was sweet and will help her to get further in this category where she started this year. In the final she defeated Mariya Buyok (UKR). Delphine Delsalle (FRA) and Tetyana Levytska won the bronze metal. Holland won 2 World Cup gold medals in one day, the same number as the whole year 2012. This year the counter shows twelve victories. Gold for Juul Franssen of The Netherlands. The European U23 Champion overcame strong Loredana Ohai, the bronze medallists last year at the European 23s. Larissa Csatari already proved to be able to level these kind of competitions, she won gold in Geneve and Sindelfingen this year and today she won her first Continental Open medal. Dutch Carla Grol (NED) completed the stage by defeated another Swiss Emilie Amaron for bronze. Anne Laure Bellard of France came first on the stage un the women’s U63kg category. The tall French defeated Edwige Gwend. Bellard won her second European Open this year, she was also successful in Madrid in June. Olympian Edwige Gwend won silver and at least a medal after two fifth places at the European Championships and IJF World Masters. Antoinette Hennink (NED) won bronze after a big fight with three Austrian competitors, she defeated two, but lost against Unterwurzacher in the quarter final. Unterwurzacher won bronze as well despite her loss in the semi against Gwend. Minsk delivered 7 new champions compared to the 2011 (women) and 2012 (men) edition. Tomorrow the action continues in Minsk with another chance for the home nation. Watch all photos online in our photo gallery: