Successful Judo for Children Project in Madrid at European Open 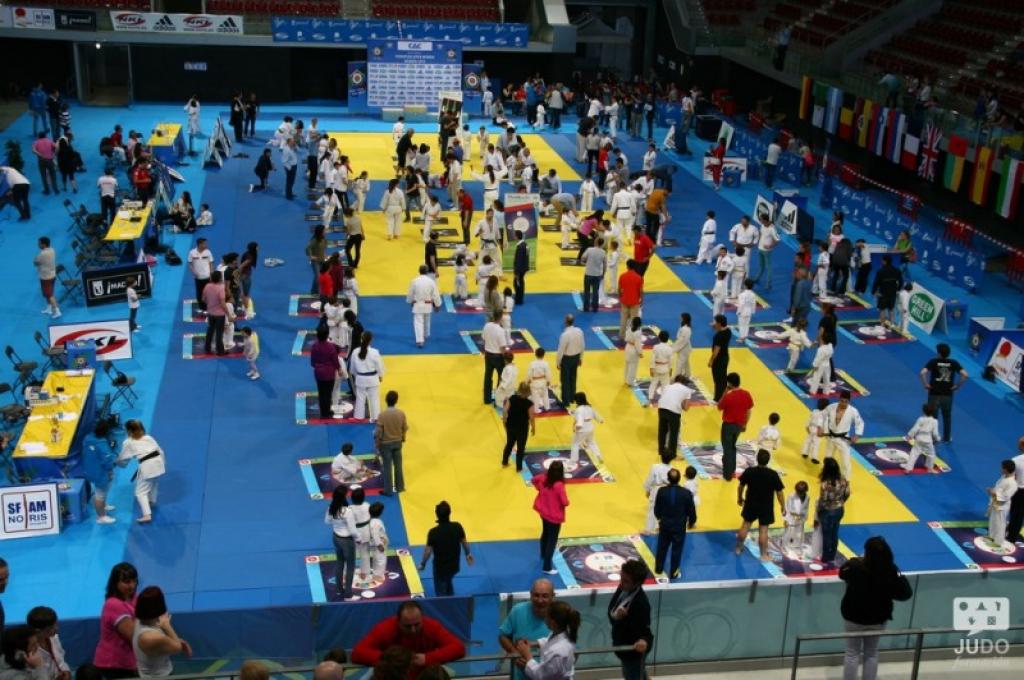 After the European Open for women in Madrid there was a special event. The Madrid Judo Federation organised an event for children in collaboration with Judo Formación to try to attract more fans for judo.

The general public to the European Open in Madrid as the Caja Magica is such a large place that only the ATP tour can fill up. Children were invited to join the judo show and be part of the event to watch the European heroes and be part of the judo show after the event. They were appointed before the finals and obviously cheer for all Spanish competitors, and that worked out well for Spain with six medals for Spain and two gold medals.

Just after the finals, gold medallist Maria Bernabéu, visited to the seats where the families were to show them her European Gold Medal. Also other athletes such as Sugoi Uriarte and Laura Gomez enjoyed the new talents of the judo family. The parents and the children made many pictures of the medal, but the real challenge came later.

The 1,000 fight games judo mat were installed along with some other 50 techniques mats in two sections of the 3 mat layout. The idea was to get one group to the ‘fight area’ and then rotate to the ‘technique area’ while a new group filled again the ‘fight area’.

Parents and children (more than 700) went through the circuit together, so they had the chance to fight in the mat playing up to 10 different games and then go to the next station and do different techniques using the mats. This methodology is perfect for small children and parents, because the instructions are so easy to understand that anyone can do a perfect Tai-Otoshi in five seconds!

Then every group went to the podium where the champions were half an hour ago for the official award ceremonies. A great inclusion of judo for children in Madrid. Who follows?