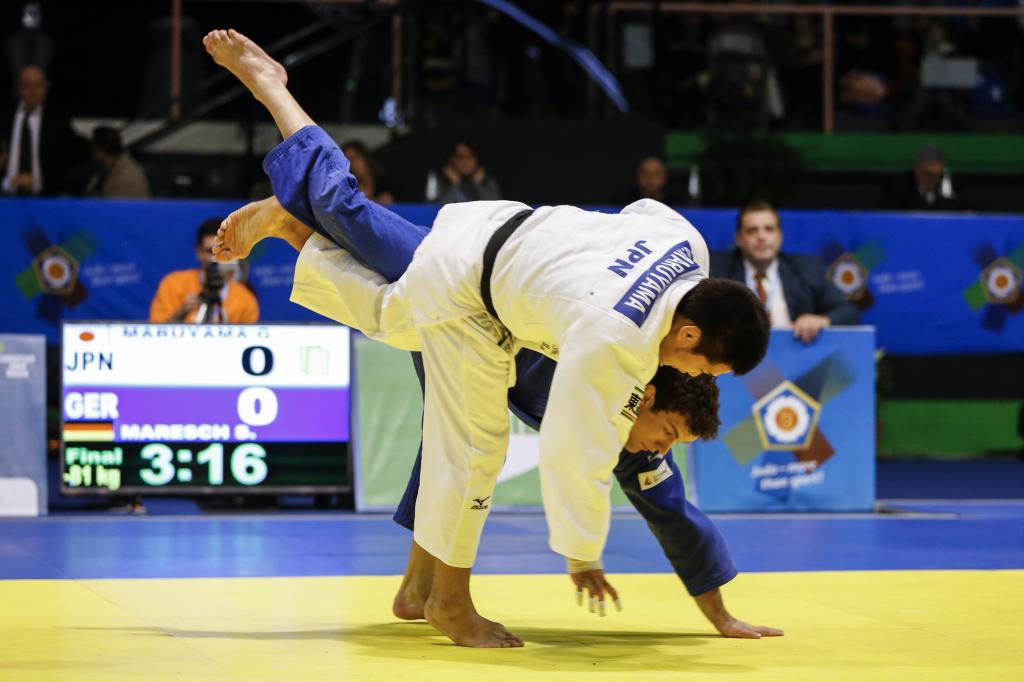 After an absence from top level competition of almost half a year Sven Maresch GER proved that he still retains the fighting qualities he displayed prior to his injury last September where he broke his foot after the world championships. „I had no pressure today, the competition in Rome was part of the training sessions. Sometimes this is better because one can take a much more relaxed approach to a competition”, the 28 old German said, adding: “Although I lost in the final, this European Open was a perfect start to my competition scene.”

After winning his opening contest in the under 81 kilo category against Luca Poeta from Italy by waza ari with hiza guruma, he put into practise his transition knowledge in his next contest winning by osae komi waza against the Russian Ilya Kokovich. In the pool final he beat the Chinese Eri, Hemubatu by a beautiful tai otoshi. “That felt good, it was in the right moment and my techniques worked”, said a satisfied Maresch.

In the semi final Maresch, bronze medallist at the European Championships 2014, showed once again that he is capable of winning in ne waza: this time against the Spaniard Shalva Kalabegashvili whom he dominated with an osae komi after 90 seconds.

Only the final left Maresch unhappy. “I was leading with one shido. In the end I collected two of my own and ended up losing. Just a decision made by shidos, not by a score. I really had problems after every hajime to get the grip on the collar”, he said disappointedly after his fight against Japan’s Maruyama, Goki.
Nevertheless, Rome remains a special place. In 2010 Maresch won his first senior World Cup in Rome. “This was the perfect place for my mini comeback. I love the city and I love to fight here”, the silver medallist said.

Alongside the gold medal match in the under 81kg, all four finals were won by Japanese judoka. In the under 90kg final Nicolas Brisson from France, for many athletes unknown, was defeated by Baker, Mashu. On his way to the final Brisson caused some problems for top players including Li Kochmann (ISR) and Beka Gviniashvili (GEO). In the under 100kg Toma Nikoforov (BEL) who appeared in good shape today was stopped by a powerful uchi mata from the Japanese Haga, Ryunosuke. And +100kg the Georgian heavyweight Levani Matiashvili was unable to overcome Harasawa, Hiayoshi JPN in his last fight.
All in all Japan topped the medal table by winning five gold, followed by Georgia and Israel with one gold each.

All results you find here!

All pictures from today you see here!