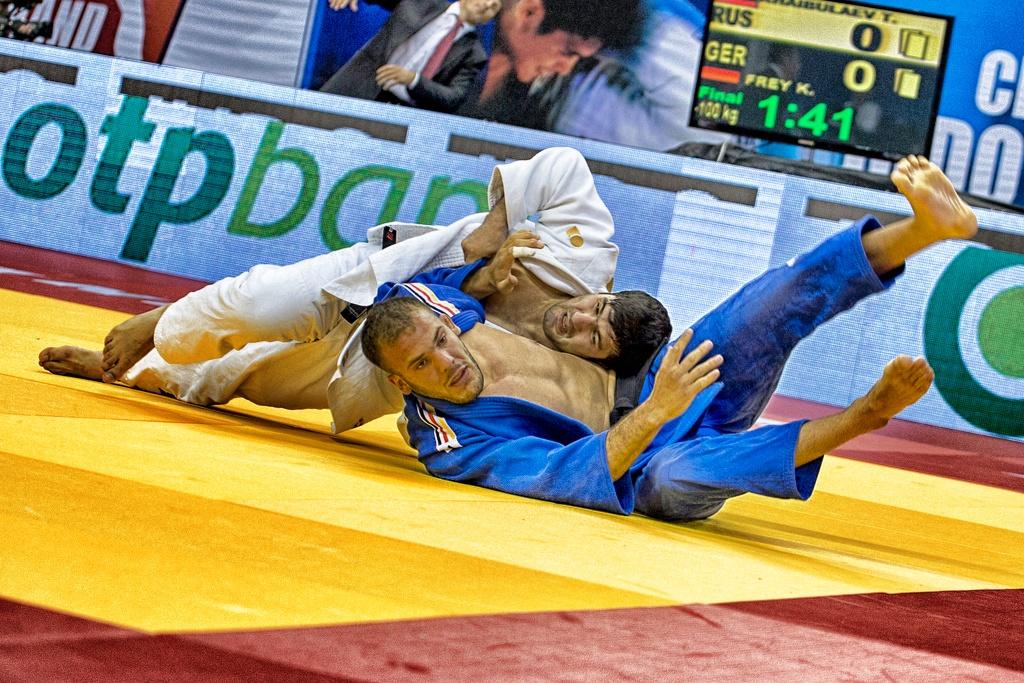 Olympic champion Tagir Khaibulaev RUS looked in fine form taking gold in the -100 kilo category. Khaibulaev swept aside all opposition on the third and final day of competition at the Chinggis Khan Grand Prix in Ulaanbaatar scoring ippon in each of his five contests. In a strong field the Russian showed flashes of speed and fine technique. Kim Geyong-Jun KOR was first to fall followed quickly by Brazils’ Rafael Buzacarini who was unable to offer up more than token resistance. Flavio Orlik SUI (bronze) showed plenty of spirit but although improving quickly he is not quite ready to threaten Khaibulaev who threw him for ippon. The semi final between Khaibulaev and Dimitri Peters GER (bronze) was a repeat of the 2012 Olympic semi final in London and the outcome was an ippon for the Russian. “I was not at my best today, perhaps only 60%”, said Khaibulaev. In the final it was the turn of Karl-Richard Frey GER (silver) to see if he could upset the Olympic champion. But it was not to be and Khainulaev threw Frey with a strong eri-seoi-nage for ippon. “I was pleased with my performance today particularly because I have been out for so long. I genuinely did not expect to perform as well as I did and for that reason I can leave here happy”, said Khaibulaev. There were medals also for Beka Gviniashvili GEO who took gold in the -90 kilo category defeating Toth Krisztian HUN (silver) in the final, and Kiril Denisov who took a bronze medal. Georgia’s Adam Okruashvili suffered a rib injury and was unable to compete in the final leaving him with a silver medal. The bronze medallists in the +100 kilo category went to Levani Matiashvili GEO and Daniel Natea ROU. Luise Malzahn GER came close to upsetting the reigning world champion Sol Kyong PRK in the final of the -78 kilo category. The German took the North Korean into golden score where Malzahn was thrown with kosi-guruma for waza-ari. Joo Abigel HUN collected a bronze medal having lost to Sol Kyong earlier in the day. In the final of the +78 kilo category Gulsah Kocaturk lost to Kim Eunkyeong KOR whilst German duo Franziska Konitz and Jasmine Kuelbs both collected bronze medals.

For the rest of today’s results see the following link: http://www.ippon.org/gp_mgl2014.php