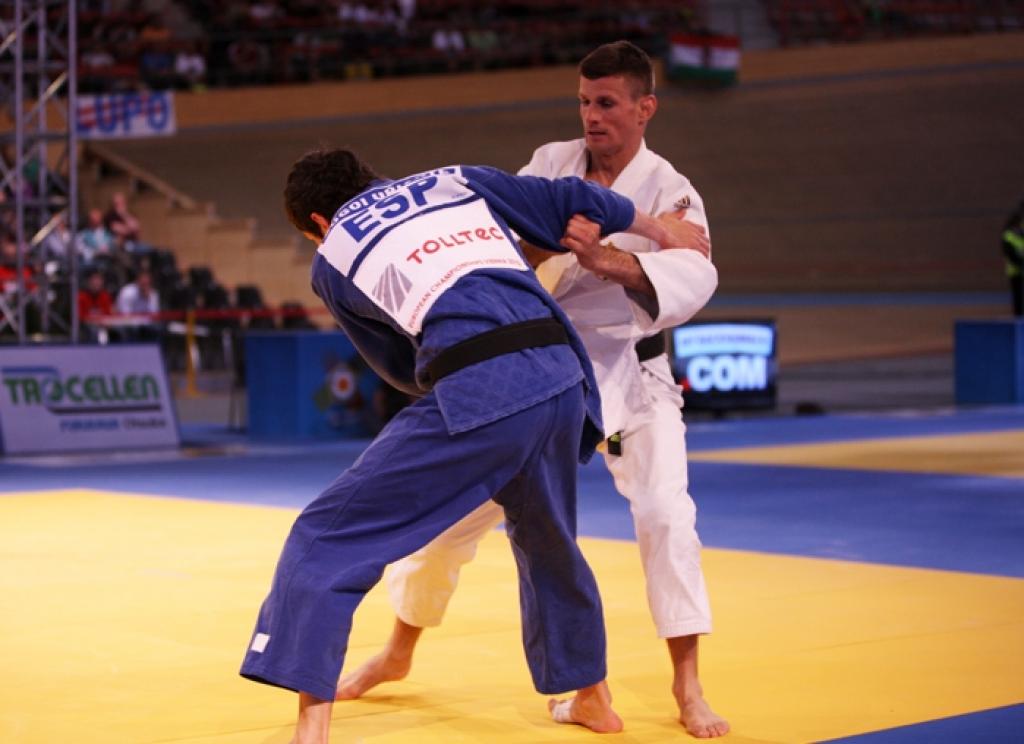 The best possible final for the organisation with the major favourites Sugoi Uriarte (ESP) and Miklos Ungvari (HUN). The Spanish vice world champion took the lead against the reigning European Champion after two penalties for Ungvari and Uriarte never gave away this lead. Uriarte became the first ever winner for Spain in this category. David Alarza was the last men to win a European title for Spain in 2005.
Although it was a dream final, the crowd wasn’t too happy about the penalties while Uriarte could have had one too, but he was never in danger for the title.

Andreas Mitterfellner received a standing ovation of the massive crowd beating Dan Fasie by and excellent point after 14 seconds. What a great victory for the Austrian fighter who was an outsider, but absorbed the atmosphere in the Ferry Dusika Stadium. It was his second European medal after winning the bronze in 2006.
Rok Draksic (SLO) won the bronze medal in the golden score over Loic Korval (FRA).