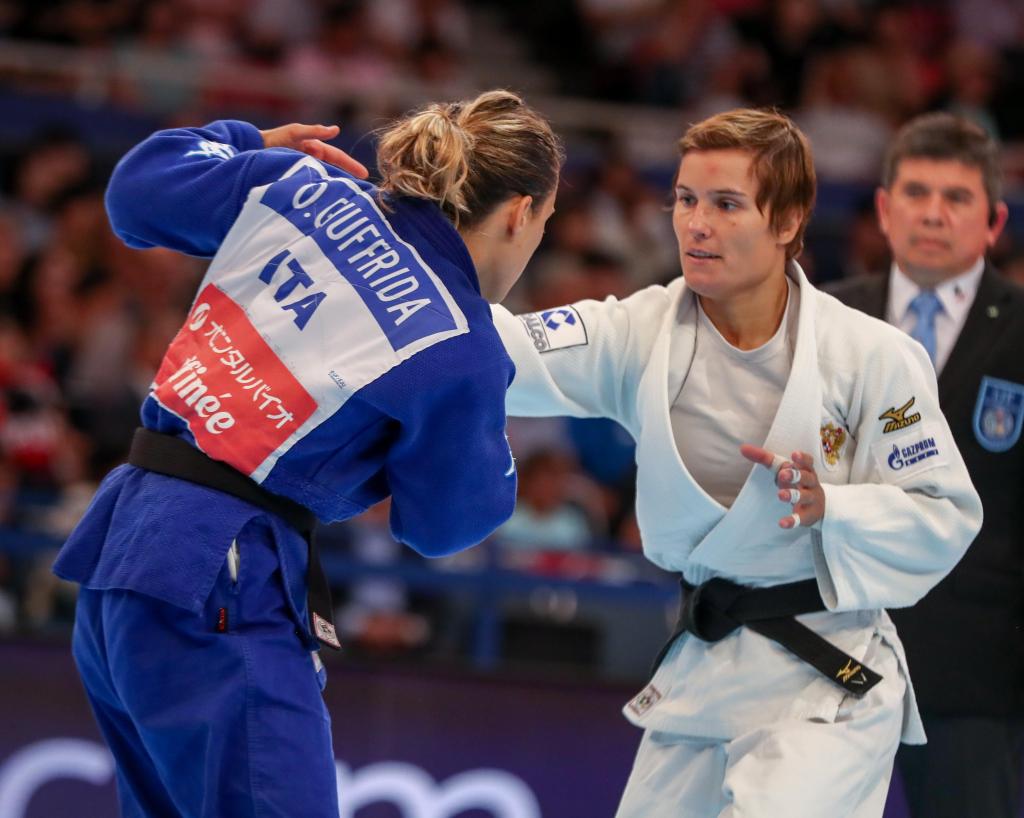 With the final block still to come, here’s a quick look at the European activities in the preliminary rounds of the -52kg and -66kg categories.

We had an earlier start of 10am (local time) today in the Nippon Budokan, Tokyo, welcoming the -52kg and -66kg categories to the tatami. The crowd was strong from the get go, preparing the athletes for their opportunity on the world stage here in Japan.

The European athletes were strong, Vasha MARGVELASHVILI (GEO) won his first contest with ease but was stopped in his tracks by KIM Limhwan (KOR) who will face Denis VIERU (MDA) in the semi final. Tal FLICKER and Baruch SHMAILOV of Israel just missed out on the opportunity to fight in the quarter finals, but the European Junior Athlete of the Year, Manuel LOMBARDO (ITA) made it in to the big leagues. Unfortunately for the Italian, he missed out on a semi final place at the hands of Grand Slam sensation, VIERU, but will still have his chance at a medal, fighting in the repechage joined by Iadov BOGDAN (UKR).

The women on the other hand have a guaranteed finallist, either #1 seed, Amandine BUCHARD (FRA) or Natalia KUZIUTINA (RUS) will face either current World Champion, ABE Uta of Japan or Olympic Champion, Majlinda KELMENDI (KOS). KUZIUTINA has been demolishing gold medal dreams today, beating both Odette GIUFFRIDA (ITA) and Charline VAN SNICK (BEL) on her way to the semi final.

Chelsie GILES of Great Britain showed her dominating strength today on the other side of the draw, defeating the dynamic Gefen PRIMO (ISR) in her first contest, then Mongolian, BISHRELT Khorloodoi with a swift o uchi to fight against Evelyne TSCHOPP (SUI). This was a short-lived contest to the quarter final against ABE Uta, though suffering a waza ari late on in the contest, this had clearly been the most difficult for the Japanese World Champion.

The final block will commence at 7pm local time and will include the repechage and semi final contests. Don’t miss out and follow the fights at live.ijf.org.