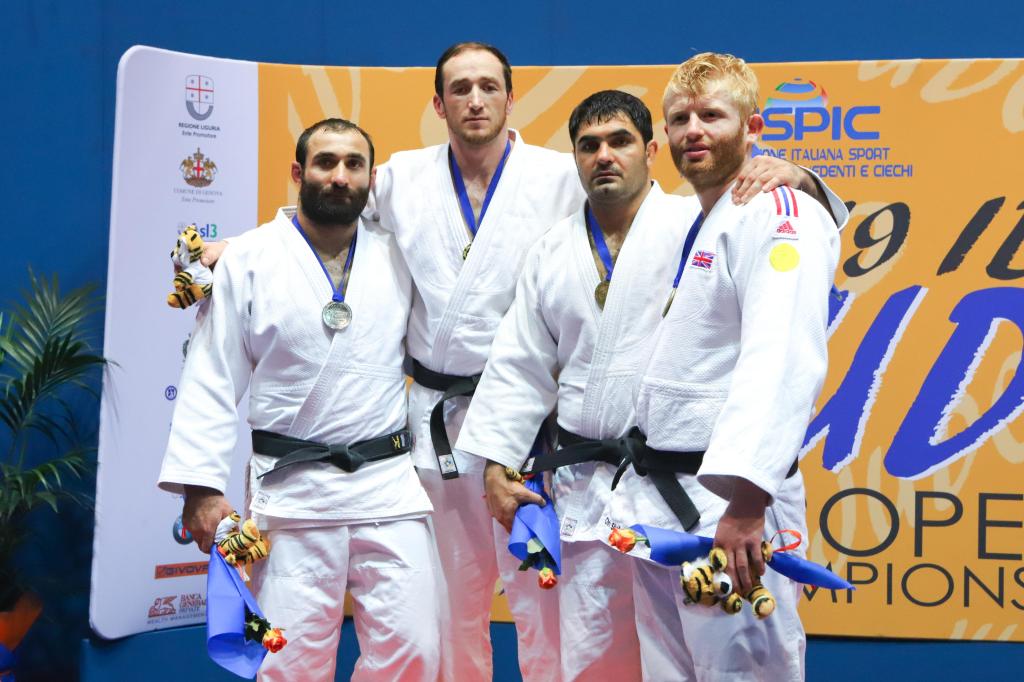 Between the 26th and 27th of July, the RDS Stadium in Genoa, Italy was host to the IBSA European Championships 2019, welcoming 130 athletes to the tatami looking to claim the title.

A huge surprise on the final day of individual competition was the defeat of current Paralympic Champion, Zviad GOGOTCHURI (GEO), his winning streak finally coming to an end following an undefeated record since the Rio de Janeiro Paralympics in the -90kg category. Abdula KURAMAGOMEDOV of Russia was the one to bring down the Georgian and make the impossible happen, causing quite a stir on the IBSA judo circuit. 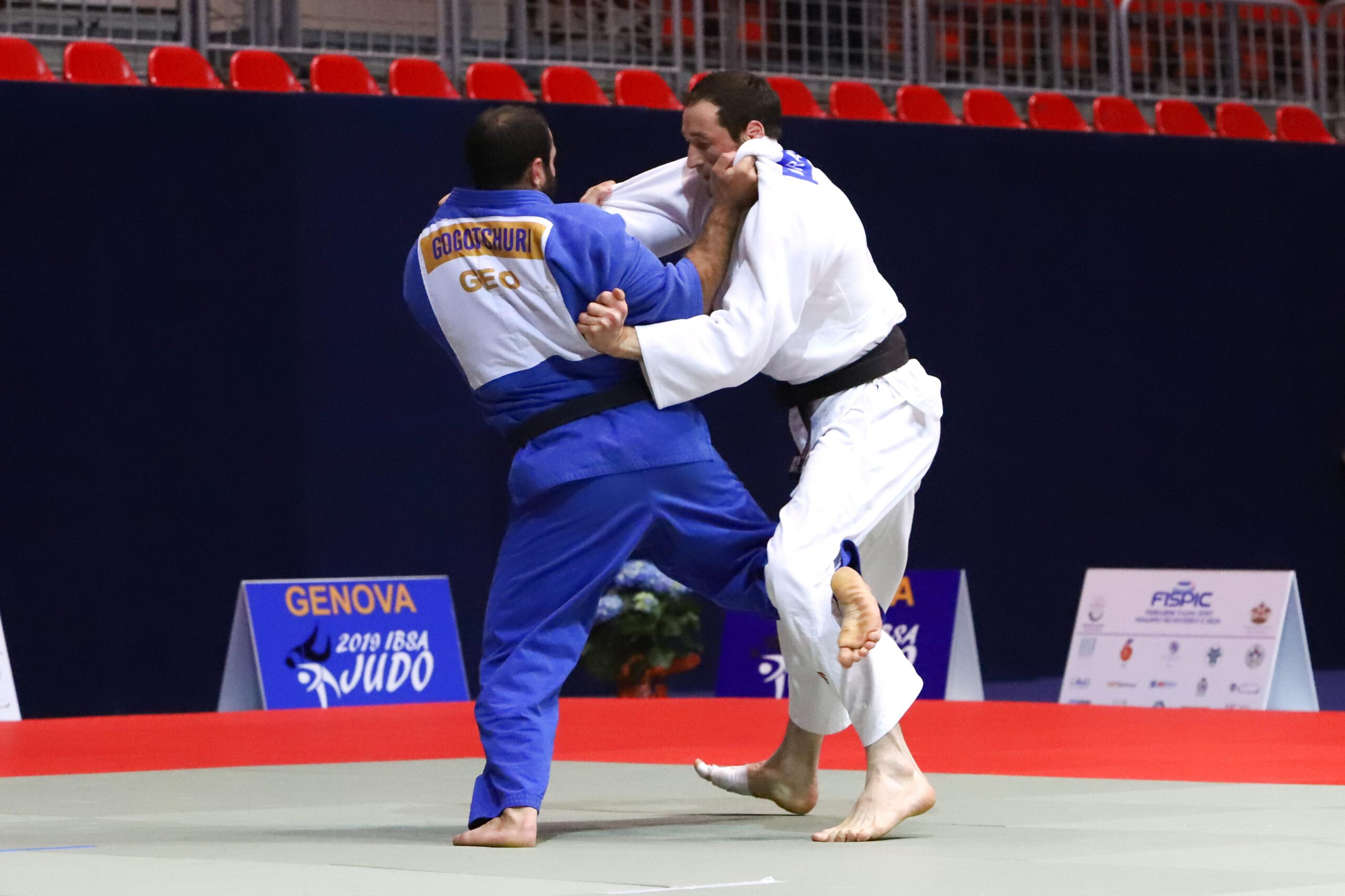 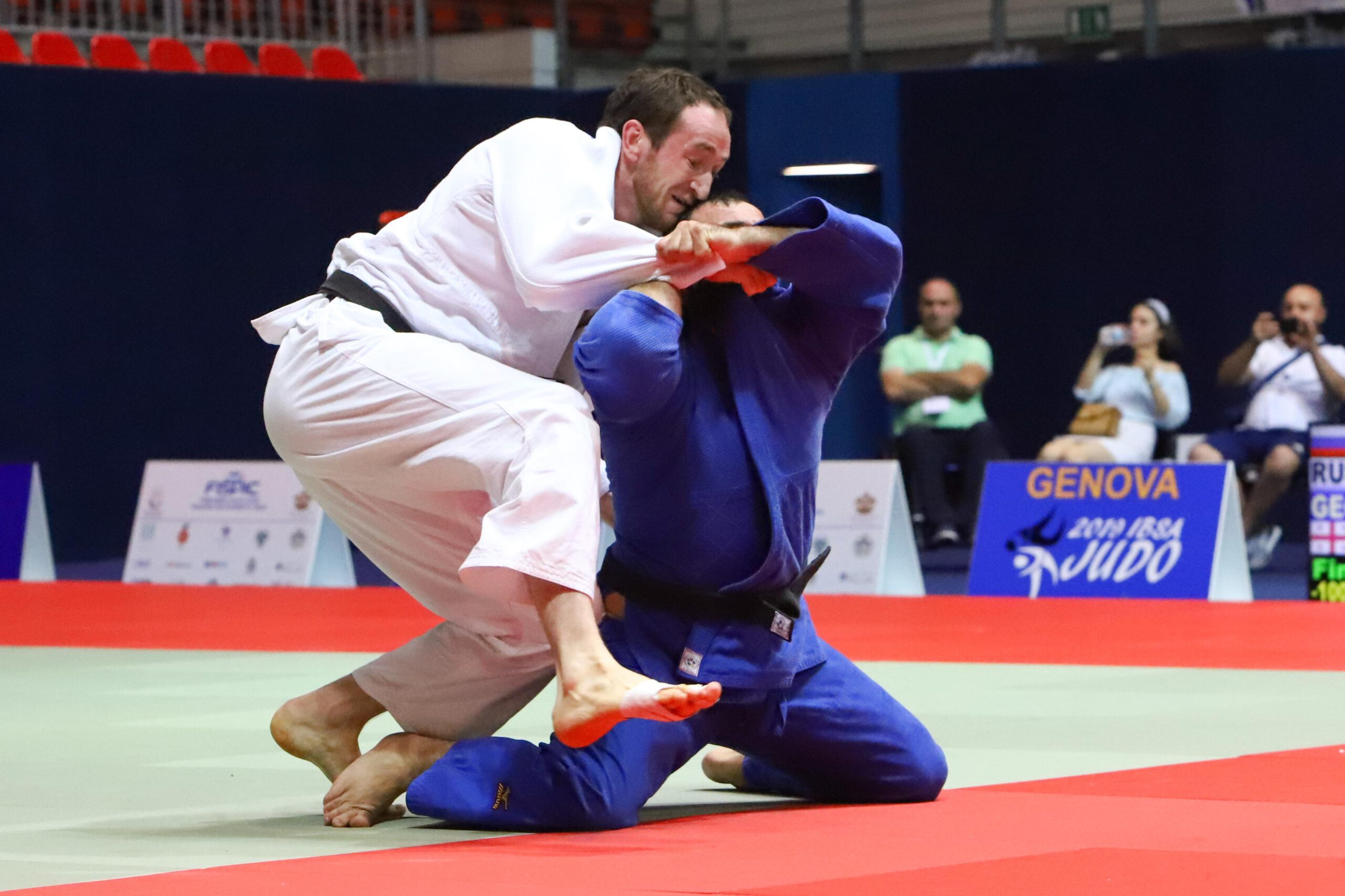 The 32 year-old Georgian athlete has a long history on the tatami, claiming many victories on the IJF World Tour in the -90kg category since 2009, competing against well-known athlese including Ilias ILIADIS, Noel VAN T END and Aleksandar KUKOLJ. Though GOGOTCHURI was at a disadvatage due to his visual impairment, he was able to prove the theory that in judo, being able to feel the movement is as important as any other aspect. His natural ability and competitive character has led him to great success on the IBSA stage, holding not only an Olympic title but European and World as well.

The most successful country during this European Championships was Ukraine taking a grand total of 7 medals including 3 European Champion titles and with the Olympics just over a year away, are in good stead to collect some more well deserved achievements. Though Ukraine were in the lead on points it was in fact Russia that took the biggest haul with 13 medals in total, and Azerbaijan took the title in the Mixed Teams event.

Judo in the International Blind Sport Federation is constantly undergoing development to improve the standards for the athletes and increase participation which was certainly recognised in this event.

It has been a fantastic event, the stadium set up was great for the athletes. I have been coaching in these events for over 7 years and have been able to see the progress and development of these large scale tournaments. It was really well organised, from the logistics to and from the venue to care for the athletes, the partnership with the IJF has really increased the standard.

In total, 18 countries participated, welcoming the smaller nations. ROBERTS, who is co-author with British Blind Sport in ‘A Guide for Supporting Visually Impaired Adults and Children in a Judo Environment’ (PDF linked below this article), continued,

It’s great to see the smaller countries increasing in capacity too, making the environment more challenging, it is what is needed to continue to grow and develop the sport.

Olympian and IJF Judo for Children representative, Esther STAM was commentating for this event and told us,

I think the collaboration with the IJF is very successful and is making the sport more professional. You can see the level of IBSA judo increasing in every event, which is making it great to watch. For me what really makes VI judo special is the great sportsmanship the athletes show. The athletes sometimes have difficult backgrounds but show so much positivity on and off the mat and there is a great respect between athletes.

For the European Judo Union, we strive for inclusion, and the increase in participation across all age groups with various needs is incredible to see. The past week alone we have spectated the cadet, junior, senior, veteran and visually impaired athletes all compete in their respective events across the continent, an important achievement for those taking part and remaining in the sport of judo.