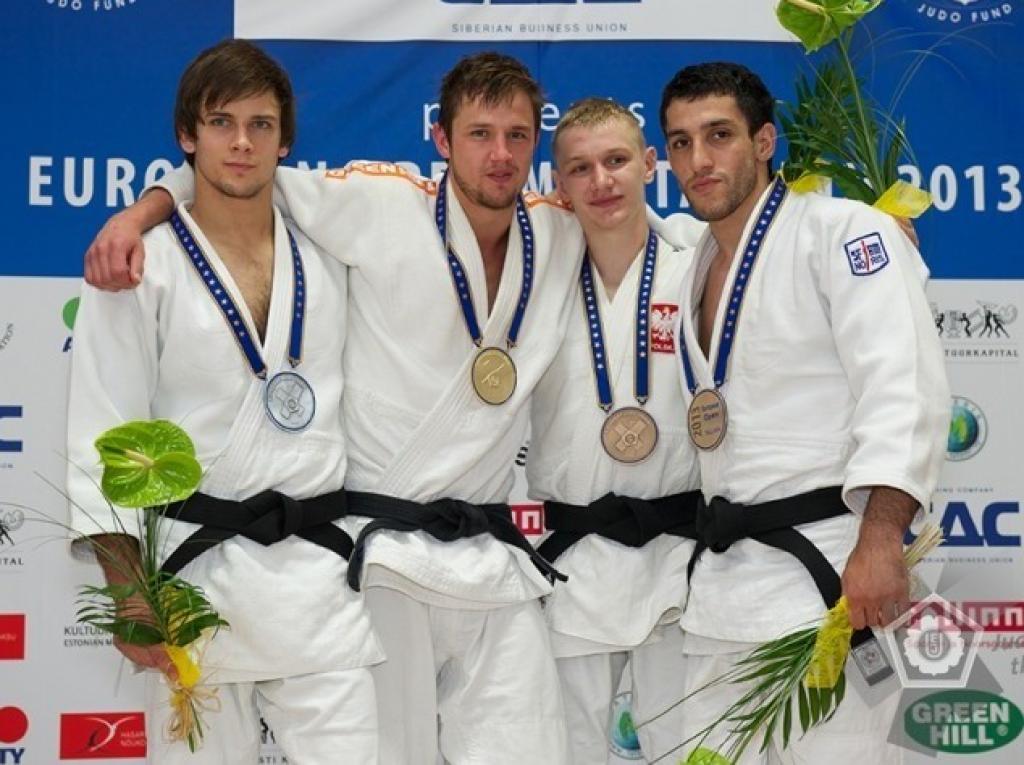 The Netherlands had a day of glory at the European Open for men in Tallinn. The Dutch lightweights won two gold medals. Neither of the two gold medals were expected, excepted by the athletes themselves, but it happened to be their day.

In the category U60kg it was Mikos Salminen who was able to defeat all of his four opponents. Double Dutch Champion Salminen apparently feels better when he is closer to his second home nation Finland. Not far away in Estonia he delivered his best international performance in his career taking the gold after defeating Michael Iten of Switzerland in the final. Salminen was a promising cadet and junior for Finland some years ago but now, aged 26, he found his senior shape in The Netherlands. His victory though was quite a surprise, he won a World Cup medal in Liverpool in 2011 but a performance like today was new. Also for Iten it was his first World Cup level medal in Europe. He winner defeated Nuno Carvalho who finished fifth today after he lost his last bout against Vae Tutkhalyan for bronze. Lukasz Kielbasinski won his second international success in the seniors after winning bronze last year in Minsk.

The Dutch surprise was even bigger when also Cunnar Kops claimed the gold U66kg. The 21-year old judoka won a European Cup medal last year closeby in Tampere, but at this level this performance was almost unbelievable. His one year older opponent Gevorg Khachatrian also performed well today with silver. Kops won five matches, the ones against Van Gansbeke (BEL) and Andraz Jereb (SLO) are, one paper, the most appealing. Jereb won bronze afterall as well as British Nathon Burns who defeated Emanuele Bruno (ITA) for bronze.

It was a good day for Israel as well, again it was Sagi Muki who was able to win a medal for the Israelian men’s team. The women did well in Lisbon today but the men are booming. Last year Muki won bronze in the same time in Lisbon and Madrid, now gold tasted sweet in Tallinn after his victory in the final against British Jan Gosiewski. The Briton won silver, bronze in Warsaw in the European Open in March, so the way is up. His “compatriot” Tomasz Adamiec (POL) won a bronze medal, his first after three years in Europe, the last was in October 2010 in Rotterdam. The experienced Polish judoka is now 31, 7 years older than Aliaksei Ramanchyk (BLR) who claimed the second bronze.

Tomorrow the action continues in the Estonian capital. Review all photos here

The success of the Dutch men was followed by the Dutch women in Lisbon.