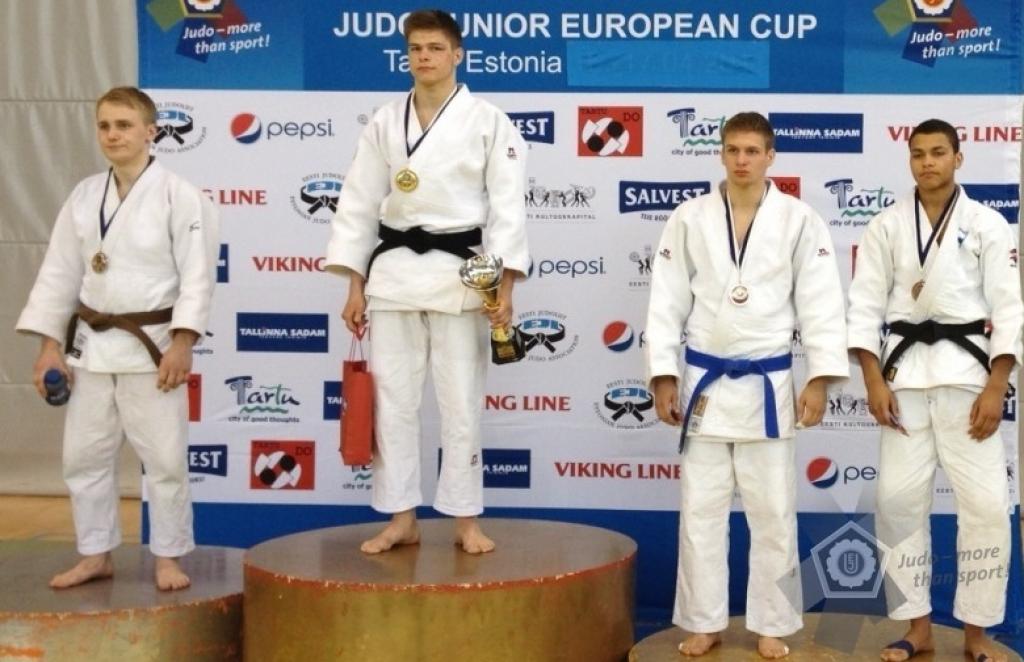 At the first day of the European Cup for Juniors in Tartu in Estonia, Switzerland impressed with four gold medals. The women’s category was dominated by the swiss young women taking three gold medals. The remaining medal was for Mathilde Wallen of Sweden who could defeat Katri Kakko of Finland in the category U52kg.

Party is not over, Swiss youngster Matthieu Groell was the surprising winner U55kg and seems to make the connection from cadets to juniors well. Groell defeated Duarte Branco from Portugal in the final of the round robin system.

Belarus was good in two categories, the men’s U60kg and U66kg. Aliaksandr Azarau won against his compatriot Maksim Klimau in the final and Ihar Khazikau defeated young Estonian talent Oscar Pertelson. Pertelson is a well known name in Estonia. This year Pertelson lost the final of the Open Estonian but knocks on the door of the juniors.

Benjamin Darville from Denmark collected a unique gold medal by winning the U66kg category. He was able to defeat Maurice Dech from Germany and won the first European Cup title in the junior category since 2008 when the events were still called junior A-tournament. Marcus Hannerz won in Coimbra in 2008 and since then Denmark couldn’t celebrate any gold medal anymore despite three lost finals by Tine Moellerskov (2008-2009). Now Denmark can cheer and cherish a gold medal of young Benjamin Darville, the number two of the national Danish junior championships.

Watch the photos of the event in our media gallery: