Swedish Marcus Nyman had a dream which came true 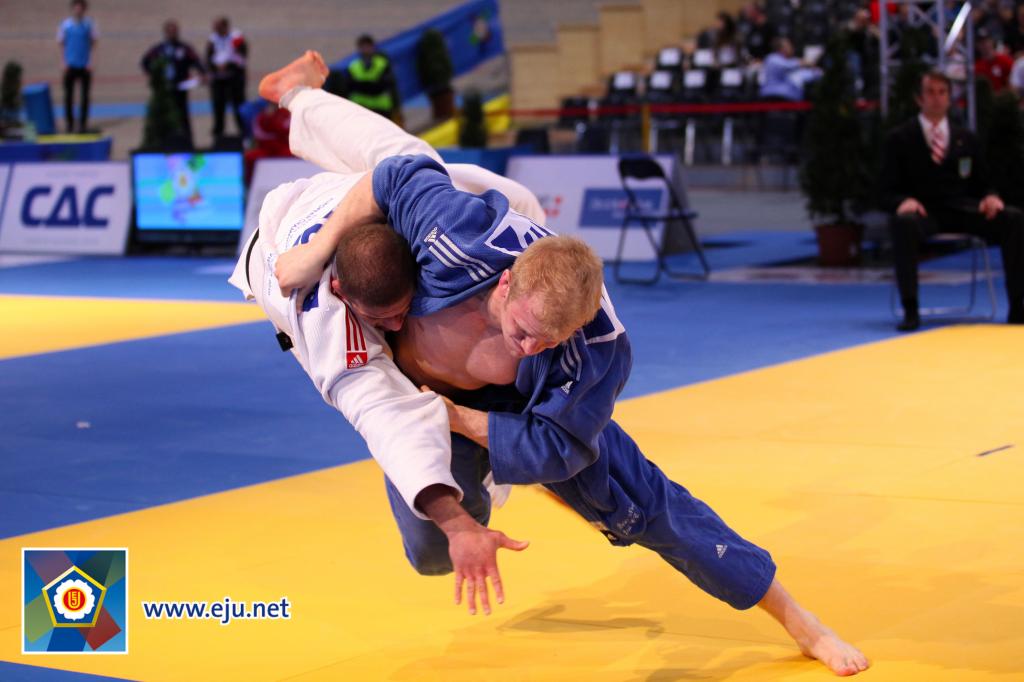 The biggest surprise of today is Swedish youngster Marcus Nyman, 19-year-old, who’s dreams came true with the European gold medal in his hands. He won title in the final against Varlam Liparteliani (GEO) who won a silver medal at the last European Championships in Tbilisi (GEO).
Nyman could finish the fight earlier, but he didn’t take advantage of osae-komi situation. Later, during the golden score, Nyman surprised the everybody with a great Sasae-tsurikomi ashi, resulting in yuko and took the title to Sweden.

The European Junior Champion of last year won his first fight against Michal Krpalek (CZE) scoring an ippon. His second preliminary fight with Ukrainian Vadim Synyavsky he won by a two yuko difference.
Milan Randl (SVK), silver medalist from Antalya at the European U23 Championships, was favourite for the third fight against Nyman, but the Swedish talent showed a lot of concentration and better techniques which resulted with a waza-ari and a yuko for the teenager. In the semi final he easily beat home favourite Max Schirnhofer (AUT) by ippon.
Nyman is the first judoka of Sweden ever to reach take the title. Five Swedish women have reached the final since 1977, but they all lost. Now they could cheer for the teenager.

Varlam Liparteliani is left of the super two Georgian 90kg specialist Irakli Tsirekidze and Zurab Zviadauri. They both moved to higher weight. Of course he was dissapointed after losing the final for the second time in a row.
Liparteliani (-90kg) won the first preliminary round by ippon against Hungarian Levente Ledenyi. His second fight he had to fight Kolesnik Lukasz (POL), the silver medalist of the Universiade in Belgrade 2009. Liparteliani won convincing. The Georgian was one of the favourites today to take the gold medal, scored two waza-ari easily against Matthew Purssey (GBR).
In the semi final fight he met with silver medalist Mammadov Elkhan (AZE), European silver medallist in 2008. Liparteliani he showed a better shape and speed against his opponent from Azerbaijan and scored two yuko.

Home favourite Max Schirnhofer (AUT) lost fight for bronze medal against his favourite judoka, former Olympic Champion of Athens, Ilias Iliadis who threw him with a great o-soto-gari. Iliadis gave a signal to that he is back on podium.