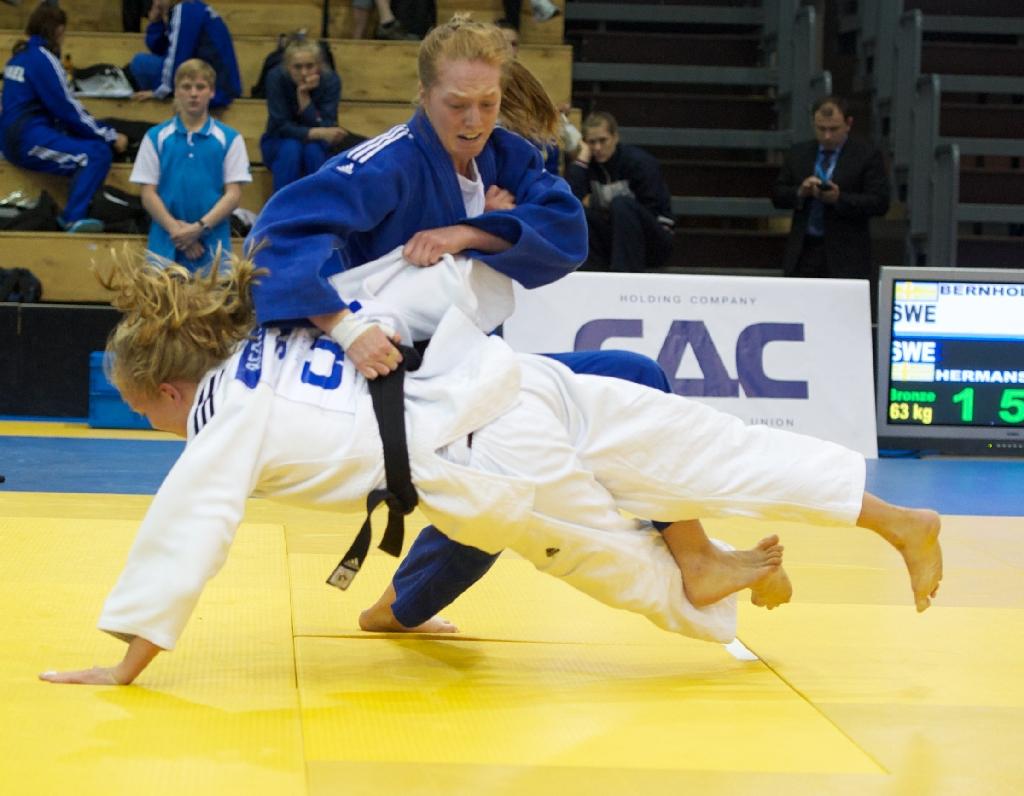 At the second day of the HIKU European Cup in Boras, the Swedish Open, the German men collected two gold medals. Rene Schneider regained his medal of 2009 U73kg and Alexander Wieczerzak won the gold U81kg. The first place U90kg was for French Axel Clerget, a yeair after his previous victory at the World Cup in Liverpool. In each of today’s finals was a German fighter.
Schneider defeated his compatriot Soshin Katsumi in the final U73kg.

In the women’s event U63kg there was a gold medal for Mia Hermansson. The tall Swedish was able to defeat Clementine Louchez of France. The strong 19-year old Swedish judoka defeated everyone in the junior division but now finds the connection with the seniors. In this class 21 participants fought for the four medals.

The Swedes have a fine young generation around 20 years. Now the art is to get the medals in the seniors and U23 generation. We may expect some chances for a medal at the European U23 Championships from both the women men. Anna Bernholm, the Swedish U23 Champion who recently won the European Cup of Tampere finished third today in the same category U63kg after Hermansson beat her in the semi final. At the World Cup in Tallinn Bernholm defeated Hermannson in a smart fight.

The prize money of 1,000 euro in the class U70kg was for Russian Olga Pochkina. It’s her first international victory. She never won a medal at international level but is among the top cadets and juniors since 2005. Now she is 22 years and in competition with age companion Daria Davydova.
Today she won the final against Luxembourg Lynn Mossong.

On Friday the French men claimed the medals U60kg and U66kg by Thomas Cadoux Duc and Farid Ben Ali. The German women ruled U48kg in a German final won by Kay Kraus. Johanna Mueller won U57kg and Theresa Stoll reached the final U52 but lost to 19-year old youngster Ecaterina Guica from Canada. Guica is the youngest Canadian winner of an international senior event this year.

Review the pictures and results of the HIKU European Cup here: