Szwarnowiecki takes the double for Poland 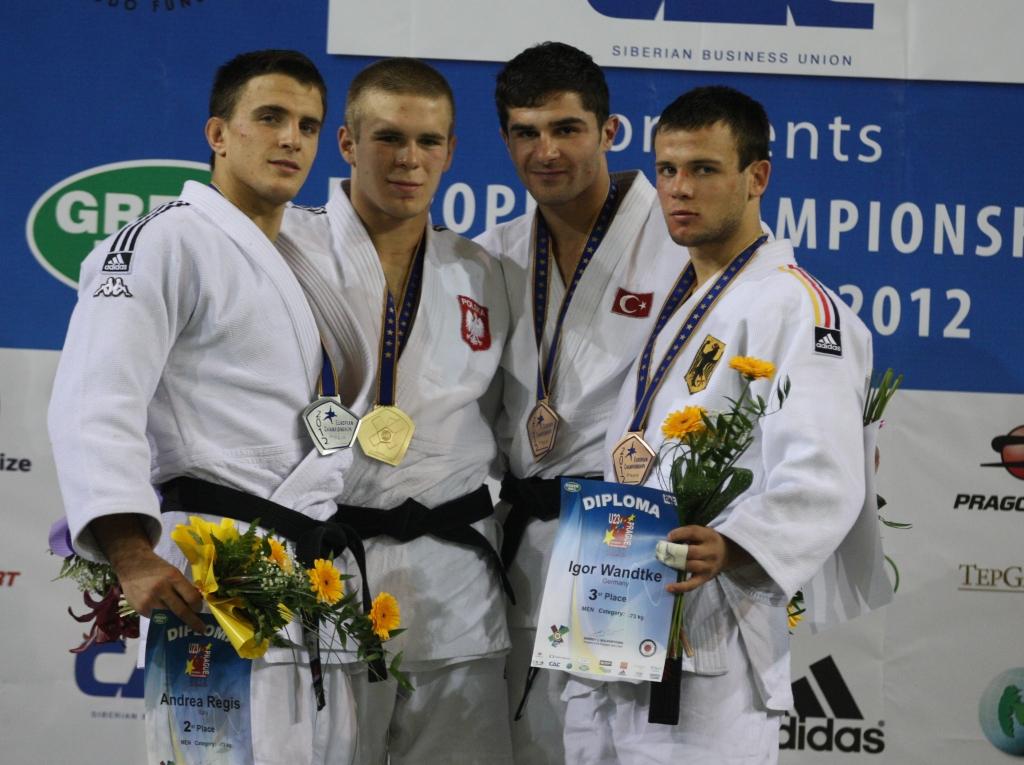 An amazing surprise in the category U73kg when Damian Szwarnowiecki from Poland took the victory in today’s European U23 Championships final. Szwarnowiecki had won the European Junior title in September in Porec but wasn’t expected to win a second European title in a row.
His opponent was Italian judoka Andrea Regis. Regis could win his third European title after winning the Cadet and Junior title earlier in his career.

Szwarnowiecki gave Regis a hard time in the final. Both fighters couldn’t score in the first five minutes indicating the strength of young Szwarnowiecki. Regis took the initiative in the golden score and was more convincing in this stage. But Szwarnowiecki remained dangerous a looked for the counter.
After two minutes it was Szwarnowiecki who came back in the match and
scored the decisive waza-ari.

Szwarnowiecki is the third Polish male winner of the U23 title. After Krzysztof Weglarz in 2006 and Tomasz Kowalski in 2008, Szwarnowiecki is the youngest of them and in the top five youngest ever male Champions in this age category. Other young champions were Greek Tariel Zintiridis (17 in 2004) and Ilias Iliadis (16 in 2003). Krisztian Toth (HUN) was 17 last year.

The bronze U73kg was for Ares Herrero of Spain. An exciting match where his opponent Igor Wandtke took the lead in the match and was even awarded by ippon. With extreme happiness he celebrated the victory but had to concentrate again after his point was changed into waza-ari. Right after it Herrero scored a wazari and yuko and the roles were different. Wandtke showed his flexibility and scored an ippon after all taking the bronze for Germany.

In the other bronze medal fight Bayram Celyan (TUR) won the final match against Igor Potporic of Slovenia. Ceylan lost his quarter final against Andrea Regis but won his last two matches. He continued to way forward for the Turkish men who collected two medals last year at this championship.